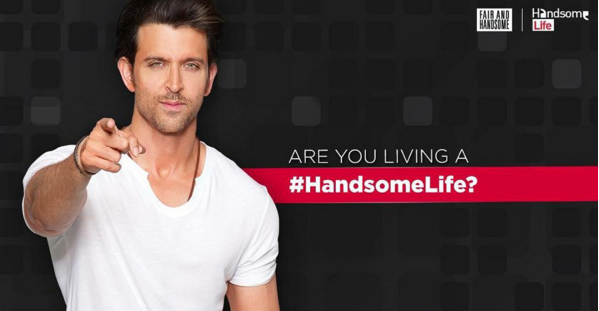 In an era of heightened awareness of social issues that plague our communities, a publication like this magazine is invaluable as a medium through which South Asian women living in the diaspora may share their common struggles, develop solutions, and grow in solidarity.

An often overlooked opportunity in this schema, however, is the chance to learn how to be allies for other groups facing inequality or injustice in certain spheres of the human experience. To kick off a discussion on being united in the causes of others, a great first step for our readership would be to discern how we can be better allies in acknowledging and working to solve issues that plague our male counterparts—our fathers, our brothers, our cousins, our spouses and our friends.

Fair and Lovely isn’t just for women, lest you forget its abundantly lucrative counterpart Fair and Handsome. In fact, fairness is such a lucrative venture that some of our most influential cultural icons, including his majesty King Khan, endorse this pursuit for fair skin through some of the most offensive advertising to ever be broadcast.

As actor Randeep Hooda told Hindustan Times, the Fair and Lovely enterprise is a “colonial hangover.” It is stunting the growth of cultural progression while maintaining an ancient and regressive social hierarchy based on skin tone. As a woman, who is married to a smoking hot, darker skinned brown man, this indoctrination that dark-skinned men are romantically undesirable saddens me, for not only are these men unjustly branded with indignity, but their female counterparts are also imbued with false truths about their inferiority.

Efforts by South Asian women to counter the divisive and intolerant agenda of the Fair and Lovely enterprise have been powerful and influential. The awareness campaign Dark is Beautiful was launched in 2009 by Women of Worth in order to highlight the injustices of complexion bias and to celebrate diversity and beauty of all skin tones.

The campaign also features darker skinned female models in their pursuit to showcase the beauty of various complexions. With respect to movements led by men in this area, there have been very few male voices in contravention of this fairness complex.

Aside from the scarce actors who have refused to endorse Fair and Handsome and everything it stands for, some of Bollywood’s biggest names, like Hrithik Roshan, continue to take the bait. Shahid Kapoor even appeared in a fairness ad for Vaseline’s version of fairness cream.

So, what can women do as allies for our brown men in this area? Well, we can start by continuing to nurse the proverbial colonial hangover and by including more male voices in our efforts to affect change. We can reach out to campaigns like Dark is Beautiful and ask for inclusion of our male counterparts in their pursuits, or we can begin our own movements of glorifying darker skinned men in an attempt to alter the economic principles whose algorithms say that only fair skinned men are desirable as our film heroes. Dark skinned men should be more than just comedic relief; they are just as worthy of starring in the next “Jism” or killing the game as the next “Dhoom” man. The economy responds to the demands of the people. We can make it happen, together, if we dare to demand it.

In a famous ad for the #StartWithTheBoys campaign, aired under director Vinil Mathew, the age old adage “Boys don’t cry” that permeates cultures throughout the world is confronted with a looming issue engulfing the South Asian male experience. The two-minute video is provided below.

“Ladke nahin rote hain” (Boys don’t cry) is far from being an ideal that is exclusive to South Asian culture. Wherever one can find a patriarchal social construction, they need not look further to locate the emotional suppression of men in that society.

This emotional constipation and accompanying refusal to exhibit characteristics of “softness” have far-reaching consequences. Quite sinisterly, as exhibited in the conclusion of the “Ladke Nahin Rote Hain” ad, this emotional suppression can manifest as later bursts of aggression and, quite often, that aggression is perpetrated against women.

As allies for the psychological wellbeing of our men, we can affect change by actively engaging in the acknowledgment of their feelings rather than contributing to the shaming of them. These are efforts that can be attached to both children and men. If we begin to earnestly value a new definition of masculinity, fewer men will seek to embody the definition that currently exists. We must glorify and appreciate the men who depart from the qualities that we’ve been told dictate true male identity, like oiled muscles, aggression, and devastating emotional constipation.

3. The Most Feared Men in the World.

In a world filled with Islamophobic rhetoric, our brown men are the most feared in the diaspora and beyond. This is especially true for younger South Asian men as they exemplify the historical criteria of “fighting age” or “approaching age” soldiers—a fact that subconsciously impacts their public perception. Although women and the elderly tend to be attacked at higher rates because of their vulnerability, our men are also deeply affected by these prejudices on a daily basis in the name of national security.

Most recently, Armaan Singh, a Sikh teenager, was held in a juvenile detention center in Texas for three days after a classmate accused him of having a bomb in his backpack. His parents were not aware of the fact that he had been detained. During the most formative years of human development, both our young girls and our young boys are being thrown into a world in which they are largely rejected. It is important that we retain a united front as we continue to confront this highly sensitive issue that truly affects us all very personally.

4. Support for Gay and Trans Men

This exploration of ally-hood attaches to the LGBT community at large, not just men. Nonetheless, gay and transgendered men are perennially crucial to our cultural fabric—they are a group that has, historically, faced cruelty and rejection in the forms of both stigmatization and violence. Homosexuality is largely criminalized throughout South Asia and, where the courts do not interfere, cultural stigmas do.

As far as the transgendered community is concerned, some countries, like India and Pakistan, do recognize the concept of a third gender—termed hijras—as separate from men or women. These are transgendered women or men who have transitioned to women. Despite their recognition, hijras are still branded as bad omens, with many hijras living in isolated communities headed by a guru. The term hijra is an Urdu-Hindustani word meaning “leaving one’s tribe.”

It is an etymological foundation that exemplifies the understanding that members of these communities are separate from society at large. There have been, however, valuable efforts made to repatriate hijras to the tribe that their label tells them they have left. These include the Humsafar Trust in Mumbai and Equal India Alliance in Delhi. Organizations like Trikone, based in San Francisco, also seek to support the South Asian LGBT community living in the diaspora by supporting awareness, providing safe spaces, and helping people to affirm their identities.

On the other end of the spectrum, transgendered men in South Asia, or women who have transitioned to men, do not possess the decrepit cultural acknowledgments that are afforded to hijra communities. In fact, transgendered men are among the most severely oppressed minorities in South Asian society. Organizations like Sahodari, based in Chennai, work to close these gaps in recognition and respect through awareness campaigns, healthcare campaigns, and discrimination advocacy. Organizational efforts like Sahodari, however, are few and far between.

As allies of the South Asian LGBT community, gay and transgendered men must faithfully remain within the scope of our advocacy. This community suffers rejection in countless walks of life: in a larger society, at institutional levels, and within their own families. As the newest generation of the tribe, it is imperative that we play an active role in welcoming them back home. The intolerance of our forefathers does not have to be our own.

This is just a preliminary glossing of ways by which South Asian women can be stronger allies for their male counterparts. If you feel there are other causes worth highlighting that desperately need female support, please write to us and tell us about it! Communal efforts are essential to the progression of social justice. 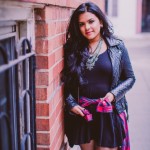