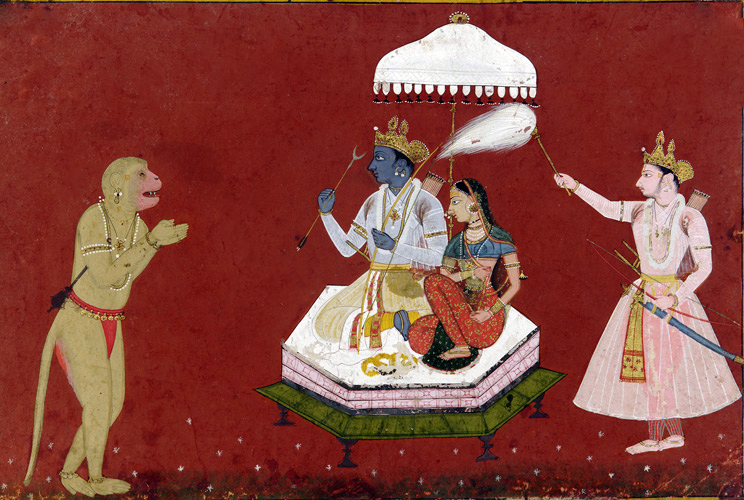 This Navratri, I started thinking about the cultural basis of the holiday we all know and love. As a second-generation diasporic desi, my journey of learning about and coming to terms with my culture has been interesting, to say the least. My family didn’t celebrate Navratri when I was growing up, so the whole holiday, garba and all, was new to me when I came to college.

This year, celebrations of Navratri and Dusshera inspired me to learn more about the religious underpinnings of these holidays. However, my examination of the Ramayana did not go as planned, and I found a lot of really sexist, problematic elements. (Disclaimer: Though I come from a Hindu family and was brought up as a Hindu, and I don’t mean this as a jab at anyone or anyone’s religion. I also want to acknowledge that Hinduism does not encompass all of desi culture, and I definitely don’t want to contribute to the erasure of religious or caste minorities in this narrative.That being said, I would like to discuss some facets of Hinduism that I find particularly problematic as a woman.)

I started with the story of the Lakshman Rekha, in which Lakshman draws a circle (the Lakshman Rekha) around Sita before leaving to search for his brother Ram. If she stayed in the circle, he said, she would be protected. Venturing out of the circle would put her in danger. I’ll give Lakshman the benefit of the doubt in this situation and assume that he had good intentions. Maybe he truly wanted to protect Sita and keep her safe. However, something about this action didn’t sit well with me at all. On the surface, this is a classic example of the “damsel in distress” scenario. Sita is rendered entirely powerless in this situation, as she goes from the possession of one man (Ram) to the protection of another (Lakshman), finally to the possession of a third (Ravana after he kidnaps her).

It’s easy to dismiss the Lakshman Rekha as “just a story,” as something that has no relevance to our daily lives. However, I’ve seen unnerving echoes of this dynamic in my experiences of Indian culture. I can’t count how many (second-generation desi) friends have told me their families didn’t allow them to go out, while their brothers could come and go as they pleased. I’ve observed women in my family being restricted to the home, spending their days cooking, cleaning, and caring for children regardless of their own desires and aspirations. I’ve seen them ask for permission to leave the house, even to run basic errands.
While scrolling through Facebook the other day, I came across the viral Humans of Amsterdam post about an Indian woman leaving an abusive marriage in India and pursuing a new job in Amsterdam. (I highly recommend you check this out if you haven’t already – it’s a super inspiring story!) I was struck by one line in particular of Haritha’s story:

“To get a new passport in India it takes at least 3 months and a signature of your father or husband.”

I was completely appalled and taken aback; I had no idea the extent to which even basic mobility is restricted for Indian women. As evidenced by my conversations with my diasporic friends, these restrictions are not limited to just India, but they migrate into the diaspora as well.
Some extremely interesting parallels of this confinement dynamic can also be seen in the Pinjra Tod movement. This awesome woman-led movement originated in Delhi to fight back against sexist and restrictive hostel regulations for women. The phrase “pinjra tod” literally translates to “break the cage,” and these women are
collectively working towards women’s liberation and empowerment through the reclamation of public spaces for women. Devangana Kalita, a founding member of Pinjra Tod, succinctly summarizes a clear parallel between the stories of the Ramayana and modern-day Indian culture. Kalika states,

“[W]omen’s personal freedom has been curtailed in the name of safety.”

This is extremely dangerous, both for desi women and for the Indian community as a whole.
So how do we fix this pervasive, seemingly impossible problem? I think we can start by emphasizing that women’s safety is a collective responsibility. The onus should not be on women to lock themselves inside homes or hostels to prevent an attack. Rather, it should be the responsibility of people of all genders to ensure the safety of
those of us who are most vulnerable. We can support movements like Pinjra Tod that seek to empower and liberate women from their various social confines.
Social change also starts from the bottom; we can talk to our friends and family about gendered standards of behavior and oppression. If we are able, we can stand up for other women when we encounter sexism. And most importantly, we can assert ourselves in our own relationships, demanding space and rights for ourselves. This one has been incredibly difficult for me, and has come at a great cost. However, it’s been incredibly empowering to “break the cage,” step out of the Lakshman Rekha, and assert my right to experience the world for myself. 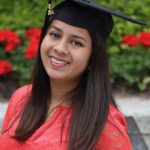 Sangeeta Sarkar is a graduate student in bioengineering at the University of Pennsylvania. She’s interested in feminism, racial justice, diaspora and radical politics. When she’s not in the lab or the library, you can find her exploring her West Philadelphia neighborhood, reading about feminism or snuggling with her cat.