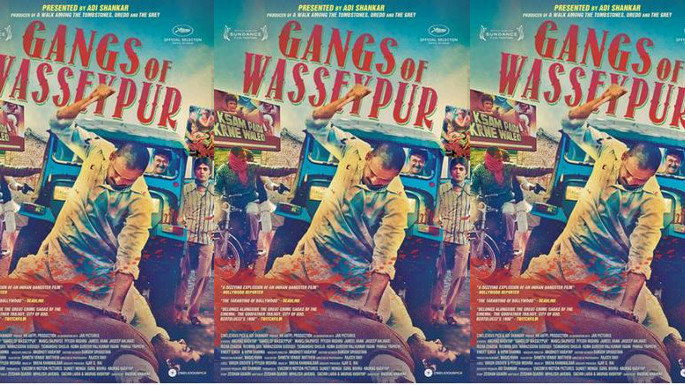 For those who doubt the state of Indian cinema, turn your attention toward Anurag Kashyap. While many Hindi movies are still cliched in their style, substance and structure, Kashyap has brought an incredible sense of realism to his films for more than a decade.

He does not shy away from the dark truths of India, and his newest project “Gangs of Wasseypur” might be his greatest accomplishment of this feat yet.

The two-part saga clocks in at about five hours and 20 minutes, and yet, neither part feels too bloated or overwrought with stereotypical drama. In fact, the pace of the film is comparable to an epic Quentin Tarantino flick at times, but with more emphasis on cultural,  societal and familial issues.

Based on true events, “Gangs of Wasseypur,” which received the honor of being screened at both Cannes and Venice Film Festival, follows the brutal power struggle between three crime families in Wasseypur and Dhanbad of the Indian state of Jharkhand.

There are the Qureshi’s, the family that starts out with the most power, and the family of Ramadhir Singh. But much of the film’s attention is placed on the the Khan family, played in first part by Sardar Khan and then Faisal Khan in the second. All of families’ stories are told through a narrator, who recounts elements of India’s history, which become integral to the plot.

The three families are all trying to gain the power of their towns and state, and they will do whatever it takes to succeed, including betraying everyone they know.

Family dynamics are a huge part of both films, as we are told the story through different generations of the families. Mothers kill fathers, sons kill sons and the corruption of Jharkhand, and India in general, burrows deeper and deeper into the foundations of society at large.

And yet despite all the violence, there are moments of lightness and even comedy as Faisal initially stays away from the family business, thanks to his dreams of being in Bollywood and his weed smoking habits. 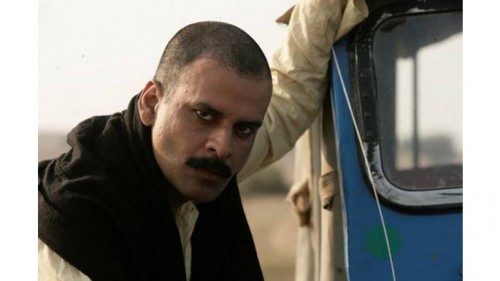 While Kashyap’s artistry is in top form and should absolutely be commended here, there is also no shortage of compliments for the stellar cast. The first part of the overall film is led by the always incredible Manoj Bajpai, an actor who is truly one of the M.V.P.’s of Indian cinema alongside Bollywood greats like Irrfan Khan, Om Puri and Naseeruddin Shah.

As Sardar Khan, Bajpai, paves the way for his family’s desire for revenge against the Singh family for killing his father, and for their thirst for power. He also, of course, sets the stage for how Siddiqui’s Faisal takes over the family business, and the actor does not miss a beat or make us feel incomplete even when Bajpai is not leading the charge.

Both actors excel in their complicated roles, and the supporting players are no less competent. Pay special attention to actors like Tigmanshu Dhulia as Ramadhir, Huma Qureshi as Mohsina, Richa Chadda as Nagma and Rajkummar Rao as Shamshad. Rao only appears in part two but the actor is already making incredible strides in his career, and is one of the finest of the new crop of Bollywood actors.

Male presence is heavy throughout both parts of the film, but the women do contribute to the plot at times. The complicated husband/wife relationship between Nagma and Sardar, as well as, the love triangle created by Sardar’s second wife Durga (played by Reemma Sen) are integral to part one of the film. And Durga herself is a fascinating study of the duality and conflict placed on women in families where crime and bloodshed are proudly part of the heritage.

My only wish would be to see more contribution from the female characters outside of Durga as they are easily involved in the strategic plans for power. Since women have the ability for violence they could have had a bigger hand in driving the negativity and hatred between the three families. 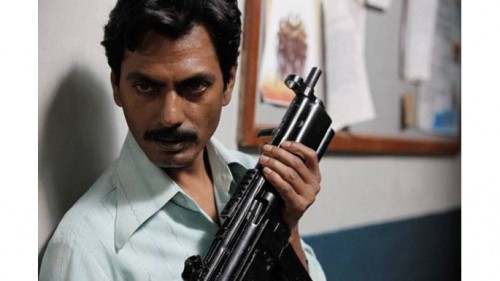 There is one small critique that must be made about gangs. While the story progression and the truth at the heart of these events is prevalent, the film could have used more moments of subtlety.

The great thing about “The Godfather” trilogy, “Goodfellas,” “The Sopranos” or other mob stories depicted on American film and television is that they have quiet moments where character development is the only focus. It is not about the violence, it is not about the greed, it is not even about the crime. It is about humanity and the reason why they are the way they are. These moments do appear at times throughout the saga, but the problem is they feel few and far between.