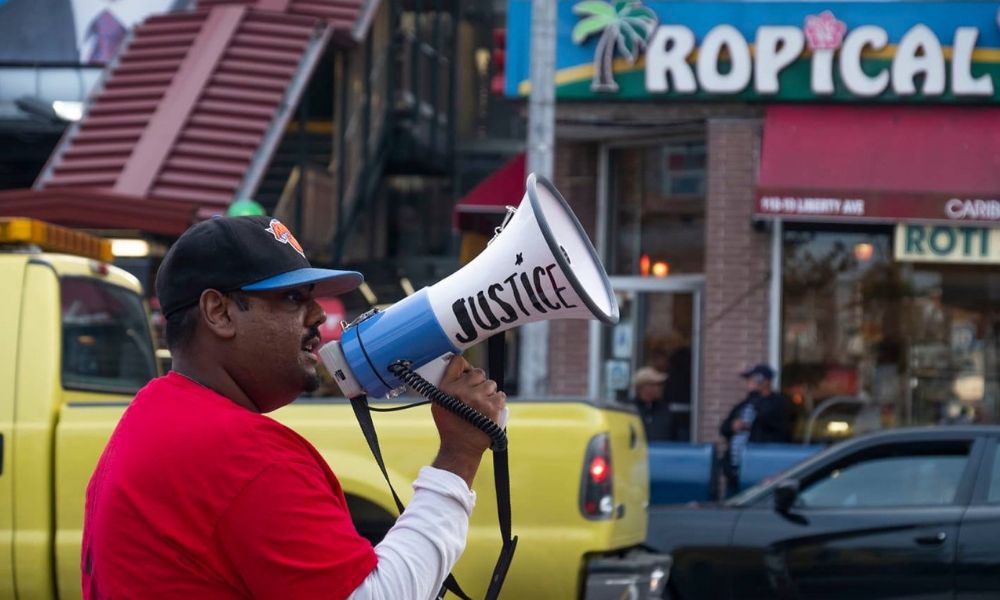 In 2017, Rajwantie Baldeo died in a violent attack, carried out by her husband, on a street near Liberty Avenue in Richmond Hill, Queens. That’s when leaders said “Never again.” Yet New York City’s first murder in 2018 was that of Stacy Singh, a young mother also killed at the hands of her husband. This past September, Marian Singh-Loftis was killed by her husband in Schenectady, New York, where a large Indo-Caribbean community resides. And just last month, New York was again rattled when Donna (Rehanna) Dojoy was fatally stabbed by her husband in Ozone Park, Queens.

These tragedies are just a few of many in the last several years that point to one of the deadliest phases of gender-based violence in New York’s Indo-Caribbean community. The sheer brutality of these murders is not nearly as common in New York City as the wholly normalized cycles of abuse and control hidden behind the closed doors of countless homes in South Asian diasporic communities.

The nonprofit Desis Rising Up and Moving (DRUM) is taking a unique approach to address this long-standing pervasive issue that is often brushed under the rug. Since 2000, DRUM has worked to empower low-income South Asian and Indo-Caribbean immigrants to take their place at the forefront of social and policy change on issues personal to their own lives, including immigration, education reform, civil rights, and labor rights.

Like many community-based groups, the organization is limited in resources, but its circumstances do not hold it back from meaningfully engaging its more than 3,000 members, span generations and hail from countries including Afghanistan, Bangladesh, Bhutan, Guyana, India, Nepal, Pakistan, Sri Lanka, Suriname, and Trinidad & Tobago. DRUM’s model is not about the frills but rather about reaching the masses, building grassroots campaigns and empowering people facing injustice on a regular basis. The importance of mobilizing the working class is evident in the cases of Dojoy, Baldeo, and Singh, who earned income as bartenders, as well Singh-Loftis, who worked as a nurse.

Eradicating gender-based violence is one of the organization’s various focus areas. In instances of domestic abuse, victims are often blamed and shamed. The murder of Stacy Singh was no different. In the aftermath of her violent death, some community members suggested her red hair was somehow a reason for her murder. In Dojoy’s case, some community members insinuated that she caused her own death by choosing to work as a bartender. These dangerous, unfounded presumptions highlight deeply ingrained beliefs that perpetuate endemic issues like this one.

Depoo, who is of Indo-Caribbean background, said the solution is not simply about bringing resources to the community. In dealing with entrenched patriarchal ideologies stemming from the region’s colonial history—which continue to permeate through means like misogynistic song lyrics—Depoo says undoing learned behavior is an uphill battle.

Domestic violence against women has been prevalent in the Indo-Caribbean community since Indian indentureship. In a 2010 Ms. Magazine article, Indo-Guyanese American writer Gauitra Bahadur traced these killings back to colonial times, when “indentured laborers on the plantations, suspecting their wives of infidelity, hacked the women to death with their cutlasses, the long, curved blades used in the fields to cut sugarcane.” A century later, Bahadur notes, these “cutlass killings” still occur.

Guyana’s first comprehensive national survey on gender-based violence released just last month revealed that 55 percent of all women experienced some form of violence, with at least 10 percent of the violence perpetrated by an intimate partner. It is this violence that has trickled into Richmond Hill, Schenectady and other Indo-Caribbean hubs, resulting in the deaths of women like Dojoy, Singh, Baldeo, and Singh-Loftis.

The real key to solving the issue, Depoo says, is putting the community’s needs first and engaging people at the ground level.

Even the taxi drivers on Lefferts and Liberty should be leading the work,” he said, referring to two of the busiest streets in the major transportation and shopping hub of Richmond Hill.

The practice of community engagement is at the core of DRUM’s movement. The organization meets community members where they are, literally walking the streets instead of waiting for people to come to them. Today, the organization’s unconventional model is bringing about much-needed change on the issue of gender-based violence in diasporic communities.

Among his many contributions to DRUM, Depoo leads a men’s gender justice program as part of a larger initiative called “Eckshate,” a Bangla word meaning “together.” His work addresses toxic masculinity, rooted in the patriarchal ideologies with which men are raised. According to Depoo, these beliefs cause men to bottle up their emotions until they explode into rage.

Often the response to anger is to walk away, but you’re still ignoring the anger, not dealing with the anger,” Depoo said. “Anger isn’t necessarily bad, but we need to develop healthy forms of it.

These norms, especially the expectation for men to mask their emotions, also hinder the establishment of strong relationships among genders and perpetuate violent behavior.

Men need to know where they are wrong and where their mistakes come from. Men think they can come home and have women cook, clean, go to work and take care of them and their kids,” Savita Rambaran, a working-class immigrant from Berbice, Guyana and a DRUM volunteer. “Men need to be around to hear what their wives and children feel inside about their actions and their anger.

According to Jensine Raihan, a Bengali immigrant who heads DRUM’s gender justice initiatives, it is also imperative for the community to widen the definition of domestic violence in order to effectively tackle the issue.

Since I grew up in a culture where domestic violence is so normalized, I never saw it as an issue, but later [I] realized it was actually a crisis — not only between husbands and wives, but also between parents and children,” Raihan said. “Domestic violence isn’t just beatings between [couples]. It’s also young women being told what to wear, when to come home, that they can’t be in a relationship until they get married.

Building a movement to shift these cultural gender norms and patriarchal attitudes has long been critical, and DRUM continues to keep community outreach at the center of its efforts to do so. In September, DRUM’s South Queens team conducted surveys along Liberty Avenue in Richmond Hill to assess the needs of the community.

Our community sometimes doesn’t see how they’re being impacted [by] domestic violence, immigration or ICE,” Rambaran said, who participated in the outreach.

However, the DRUM South Queens team found that domestic violence emerged as the primary issue facing the community, and respondents expressed a deep interest in working towards constructively addressing the problem. With people like Raihan and Depoo leading DRUM’s gender justice programs, and women like Rambaran stepping up to engage their communities, reaching those directly impacted by gender-based violence becomes a greater reality.

Following DRUM’s community outreach in September, over 30 people from South Queens came together in Richmond Hill to develop a strategic response to the community’s call for help. During the workshop, attendees identified different forms of abuse—including those normalized in the South Asian diasporic communities—and studied campaigns that have confronted gender-based violence around the world like the Harm Free Zone Movement in the U.S., Gulabi Gang in India and Ni Una Menos in Argentina.

Attendees also discussed to deal with particular scenarios of domestic violence as a community—without police intervention, which can often exacerbate violence. One solution already in the works through the organization is a specially-trained domestic-dispute response team. DRUM members also came up with an information card to distribute to the community addressing gender-based violence with resources and South-Asian and Indo-Caribbean specific scenarios.

As we reflect on October as Domestic Violence Awareness Month, DRUM’s work reminds us that real change goes beyond honoring survivors by wearing purple. True change comes from highlighting misogynistic cultural beliefs and uprooting the harmful practices still normalized in the community.