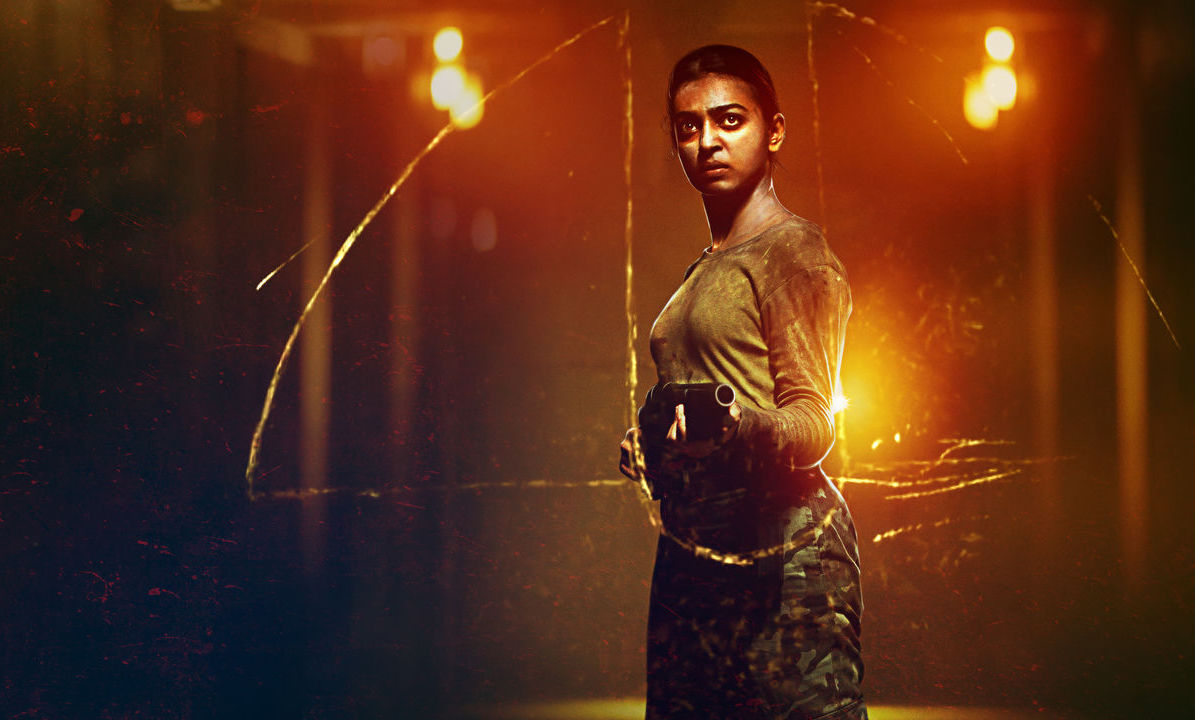 “Ghoul” is the newest Indian horror miniseries produced by Netflix. Following in the footsteps of “Sacred Games,” it is the second of Netflix’s installment of original Hindi content. Created, written and directed by Patrick Graham, the series stars Radhika Apte as Nida Rahim.

Nida is a military officer who is fiercely loyal to her country. She is appointed to a covert military detention center which houses some of the worst terrorists that pose a threat to the current government. And the detention center is about to receive its most fierce prisoner yet, notorious terrorist Ali Saeed. As Nida watches, Saeed begins to threaten the interrogators, expose their secrets, and downright terrify them.

The series does a commendable job of delivering a well-paced, tightly written, spooky tale that ticks all the right boxes. The show creates a dark atmosphere from the get-go by introducing us to the grim detention center with its dirty corridors and screams of tortured prisoners.

It also provides us with a solid protagonist. Nida is strong, determined, loyal, and honest. She is solely motivated by her devotion to the country, a devotion so strong that she turned her own father to the authorities. Guilt-ridden yet sharp, Nida is unafraid even in the face of the supernatural.

Graham also does an excellent job in ensuring that the series remains wholly Indian at its core. Often, Indian horror movies and shows are inspired heavily by the west, so much so that sometimes Indian horror mindlessly re-creates western horror tropes without tying it to South Asian society or culture in anyway. This results in inauthentic stories that don’t connect to a South Asian audience.

However, “Ghoul” is actually inspired by Islamic mythology, borrowing from the Arabic concept of a “ghul.” As such, the show takes huge inspiration from South Asian Muslims. Refreshingly, Islam isn’t only depicted as the religion of terrorism, but it is also the religion which represents both good and evil in the narrative.

The series also does a phenomenal job of handling a very politically sensitive issue. In India, anti-Muslim sentiment is on the rise and Muslims face global backlash as a result of the stereotypes associated with terrorism. However, the series chooses to focus its narrative on a Muslim woman and her plight against terrorism. Throughout the story, her loyalty is questioned on account of her religion. But Nida remains steadfast in her duty and continues to prove her loyalty to doing good.

Moreover, the narrative chooses humanize terrorists and the expose the conditions they are kept in. Some of the terrorists are shown to be innocent or have only committed small crimes against a totalitarian regime. Yet, they still get tortured day in and out. They are depicted as the true victims of the story as they are forced to fight back in unexpected ways.

Nida, and the audience, eventually realize that it isn’t the terrorists who are the villains, but the government who has created a society where they exist. By invoking a supernatural beast, “Ghoul” actually reminds us that we are all human at the end of the day.

Good horror is supposed to reveal the current anxieties of society and truly challenge its audience. “Ghoul” does just that by addressing the politics of India today. It bravely dives into a very controversial issue with a clarity of vision that is apparent on screen.

“Ghoul” is as much political commentary as it is bone-chilling horror. It is a brilliant example of what intelligent and entertaining media can look like and is definitely worth a watch.