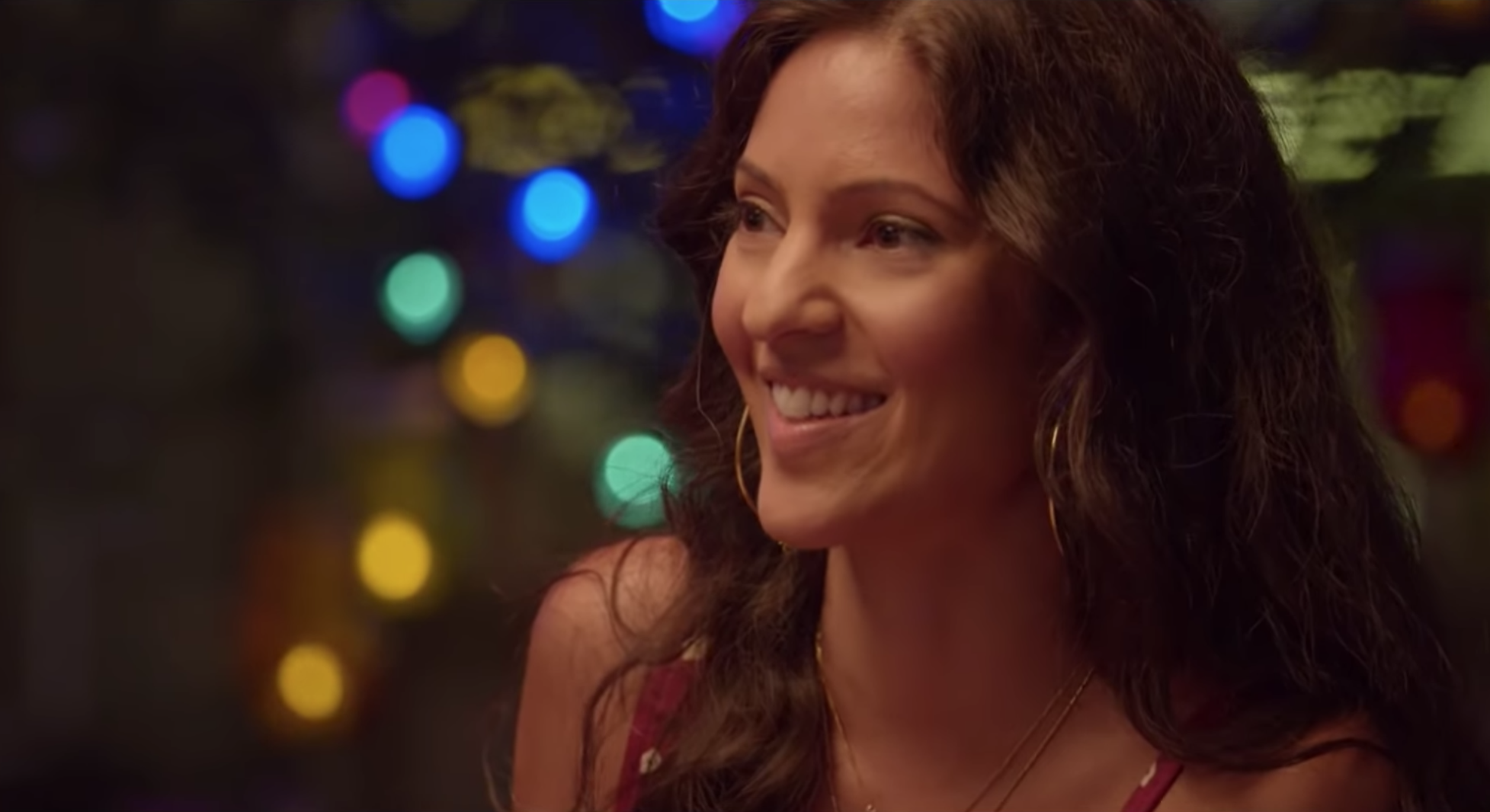 Brown Girl Magazine reached out to Gurki Basra, a retail and fashion strategy expert based in New York City, who you might recognize from Netflix’s “Dating Around.” Basra, the daughter of Sikh Punjabi immigrants, spent the first 12 years of her life living in France before her family moved to Houston, Texas.

As part of “Dating Around,” Basra went on five blind dates. She was the only South Asian woman on the show, and her episode went viral after a disastrous date in which cultures clashed and she was forced to explain the pressures associated with marriage for young South Asian women. Basra explained what it was like to be on the show.

Disclaimer: The interview has been edited for clarity and length.

You’ve had quite a start to 2019, could you have imagined something like this happening six months or a year ago?

Not at all! Although, New York does have a special way of making you realize that anything is possible. It still felt surreal when the show actually launched, especially because we filmed in June but it didn’t air until Valentine’s day. We were even on a billboard in Times Square! Seeing that with my friends and family was a very special NYC moment.

How did you decide to participate in Dating Around? What tipped the scales and made you feel like you definitely have to do this?

I weighed all the pros and cons, but in the end I thought if I can positively impact one person by being in the show, it’d be worth it. Growing up, I didn’t see positive examples of divorced women and I thought it was worth showing young women that exists. You can be happy and confident even if you have made mistakes.

How has life been after ‘Dating Around’? Do people recognize you on the street or ask you about the show?

I’ve gotten a slew of IG messages and emails from people all over the world. Some were commending me for my composure, others asking for my advice, but regardless of the message, everyone related to my episode which has been nice. No matter how disconnected we may feel from each other, one thing is clear to me: Everyone has a lot more in common with others than they realize.

In terms of people who have reached out after the show, have you heard from any brown girls who have felt like they could relate?

Honestly, it’s been from all women. Women that struggle with dating, women that empathized with feeling judged for their choices, and honestly even women that haven’t been in my shoes at all but wanted me to know it would be OK and that they felt inspired by me. It’s been truly amazing to see the support I’ve received from people. I’m lucky and very grateful for it! Some men have reached out as well apologizing on Justin’s behalf.

Are you taking time for yourself or dating anyone now?

Even though I didn’t connect with any of the dates on the show, it did make me more optimistic about the fact that a nice guy was out there for me. I am now dating someone seriously and head over heels in love. I don’t think he and I would be so amazing together if I hadn’t spent years working on myself before I met him. Knowing yourself and being true to you really is important when you want to be a good partner to someone and find the right person.

‘Log kya kahenge’ is such a big deal in our communities — was there anything you were hesitant about going into the process? Were there any moments on the show where you felt like ‘oh no don’t air that?’

I knew going on the show meant there were things that would be shown that I couldn’t control. I told myself I’d be 100 percent honest and be okay with the result, good or bad. I spent a long time when I was younger trying to keep other people happy. But, I realized that I can’t really control those people.

‘The Four Agreements’ is a great book that talks about four life lessons so you never feel like you did yourself or others wrong. They are: 1) being impeccable with your word, 2) doing your best, 3) not taking things personally and 4) not making assumptions. If I’m doing those things it doesn’t really matter what others are saying or thinking.

How did you feel after watching yourself on screen? Was it an accurate representation?

I felt a great sense of closure from watching the show. I didn’t realize I needed closure, but I felt somewhat validated in the choices I made in my life. I’m not perfect and my life hasn’t been, but I can honestly say I followed the path meant for me and stayed true to myself on the show.

So, I know you’ve talked about it many times, but that date. What was running through your mind when you felt things going south?

I had a lump in my throat almost the entire date, but I wanted to put that aside to understand his perspective. It was a tough date, but a great learning experience — I am grateful and better for it. I do wish he had taken some time to let me speak, but everything happens how it’s supposed to and for a reason.

In other interviews, you mentioned the conversation brought up a lot of emotions and shame around divorce that you hadn’t yet worked through — can you speak a little more to that?

I honestly felt very at peace with my divorce when I got on the show. However, the judgement I got from Justin brought up old feelings that I had around the time I was getting divorced. It was actually very therapeutic to see all of that on screen and then get positive messages from people.

What is something the South Asian community can do to destigmatize divorce?

Divorce is often stigmatized to mean you’re damaged. I’m far from that and it actually has made me a much stronger and truer person. I wish for the south Asian community to be able to talk about divorce with understanding and openness, and not always assume that it means something negative. It, of course, has negative elements and is a tough thing to decide to do. But, it’s a choice that people make knowing the longer term is better, and we should be understanding of those decisions even if we don’t agree.

There is definitely intense pressure on brown girls related to marriage — what advice do you have on navigating that for others watching the show or reading this piece? For a younger version of yourself?

Stick to your guns. If you have any doubts at all, talk to yourself and try to understand what you are feeling. And, talk to the one you are dating. It may be hard at first but a mature and understanding partner should be able to help you through your struggles, not add to them.

Were there any moments, growing up, where you felt like you were especially aware of your identity as a brown girl?

Always. I was too brown for my white friends and sometimes too white for my brown friends. That’s one of the complexities of growing up in a place where you are the minority — you are always aware that you are different. However, it’s not necessarily a bad thing. It allows you to teach others about your culture and conversely learn about theirs. That’s the beauty of living in the U.S., there’s a medium to be able to have those cross-cultural relationships.

Throughout the episode, I couldn’t help but think you really seem to know who you are and what you’re looking for. And the ending of the episode captured you in such an empowering way. How has your approach to dating has changed over time?

As I’ve gotten older and more in touch with who I am, I’ve also lost the patience to waste anyone’s time—especially my own. I’ve done a lot of giving men the benefit of the doubt over the years, and honestly usually your gut knows if someone is right or wrong for you.

What advice do you have for people redating in NYC?

Take some time for yourself. When I first moved to NYC, I took a year off from dating. I focused on learning the city and getting to know myself while balancing the craziness that is New York. When I started dating again, it really helped that I was able to recognize what I was looking for.

Who do you keep in touch with from the show?

I met the other leads at a reunion special for YouTube. That day I really connected with Sarah and we have kept in touch since. She’s 10 years younger than me so it’s a nice sisterly relationship. I also did a few press appearances with Luke and he’s so fun and hilarious! I would definitely call him and Sarah friends.

How do people say your name? Do people mispronounce it?

I’ve heard every version of my name. When people struggle with the pronunciation, I say, ‘it sounds like turkey but with a G, Gurki.’

“Dating Around” is streaming on Netflix now.