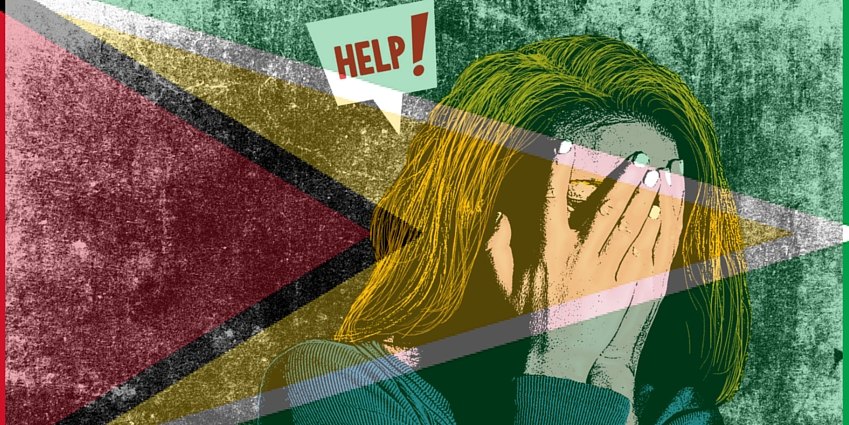 Guyana, a small country in South America, is home to less than a million people. With a population so small, many find it surprising that Guyana has the highest suicide rate in the world.

I, however, am not surprised. As a person of Indo-Guyanese descent and someone living with a mental illness, I have witnessed one of the primary roots of the problem: perception.

"People have this perception of what being mentally ill looks like." – Subrina Bipolar disorder can affect anyone and is treatable.

Posted by NYC Department of Health and Mental Hygiene on Thursday, June 2, 2016

The way in which mental health is perceived in Guyana is severely flawed. Unfortunately, this perception has been so deeply integrated into the culture for many years, and as a result, the suicide rate has increased exponentially over the years. Mental illness is associated with demons.

Many who have symptoms related to mental illness first seek out religious treatments, these treatments are not limited to one particular religion in Guyana either. Religious treatments for mental illness are found in Christianity, Hinduism and Islam (three predominant religions in Guyana). Because of this, those who commit suicide or have suicidal thoughts are accused of being non-believers or not being religious, enough.

Obeah, a mix of African and Indian black magic is a very sought out treatment for those suffering from issues related to mental health. Unfortunately, the relationship between Obeah and mental health is not only misunderstood but is also one of the leading causes to this tainted perception.

Indeed, many people who commit suicide have not suffered from a mental illness but the aspect of mental health is still relevant. It is important for people to recognize that even if you have not been diagnosed as mentally ill, mental health for everyone is still important. Just as one cares and monitors his/her blood pressure and diet, mental health and wellness should also be cared for.

Since the increased awareness of the suicide epidemic in Guyana, there is a newfound interest in suicide and moreover, the reason why suicide is the highest within this particular country. Many have chosen to blame aspects of Guyanese culture for the increasing suicide rate. Some aspects of culture that are now being scrutinized are excessive drinking, which according to some is encouraged, as well as vulgar song lyrics that make up popular chutney music.

Mental health workers are a major key to decreasing the suicide rate. At this time, their suggestions and advice are invaluable. Religious leaders might be able to console families that have lost loved ones as a result of suicide but are not experts in understanding the leading causes of suicide.

These so-called “immoral” aspects of culture are what some believe are the leading cause of the greater “immoral” act: suicide. Treating suicide as an immoral act is part of the problem. During my time in Guyana, a headmistress (principal) spoke to me about the dilemma of suicide facing adolescent students. As a result, suicide prevention has been incorporated into the daily curriculum. They are taught, “suicide isn’t accepted in Hinduism and is a weakness.” While she agreed that suicidal thoughts are natural, acting upon them is a sign of weakness and “weakness is a sin.” This common perception of weakness is one of the main reasons people, especially young children battling thoughts of suicide are afraid to address this issues with adults, especially parents.

[Read More: True Life: I am Desi and not Pre-Med]

Discussing one’s emotions and feelings are essential to one’s mental health. If going to therapy is not acceptable or even accessible, one can hope that he/she could discuss feelings with a loved one. Families need to encourage speaking openly and candidly about their feelings, especially negative emotions. Those who chose to express their suicidal with a loved one risk being referred to as “mad.”

As the United States celebrated Mental Health Awareness last month, my hope is that Guyana treats the increasing rate of suicide with the seriousness and priority that it deserves. In efforts to address this suicide rate, I hope that mental health reform is in the near future. I, personally, believe that a great part of this reform deals with education that will eventually change the perception of mental health, the mentally ill and suicidality.