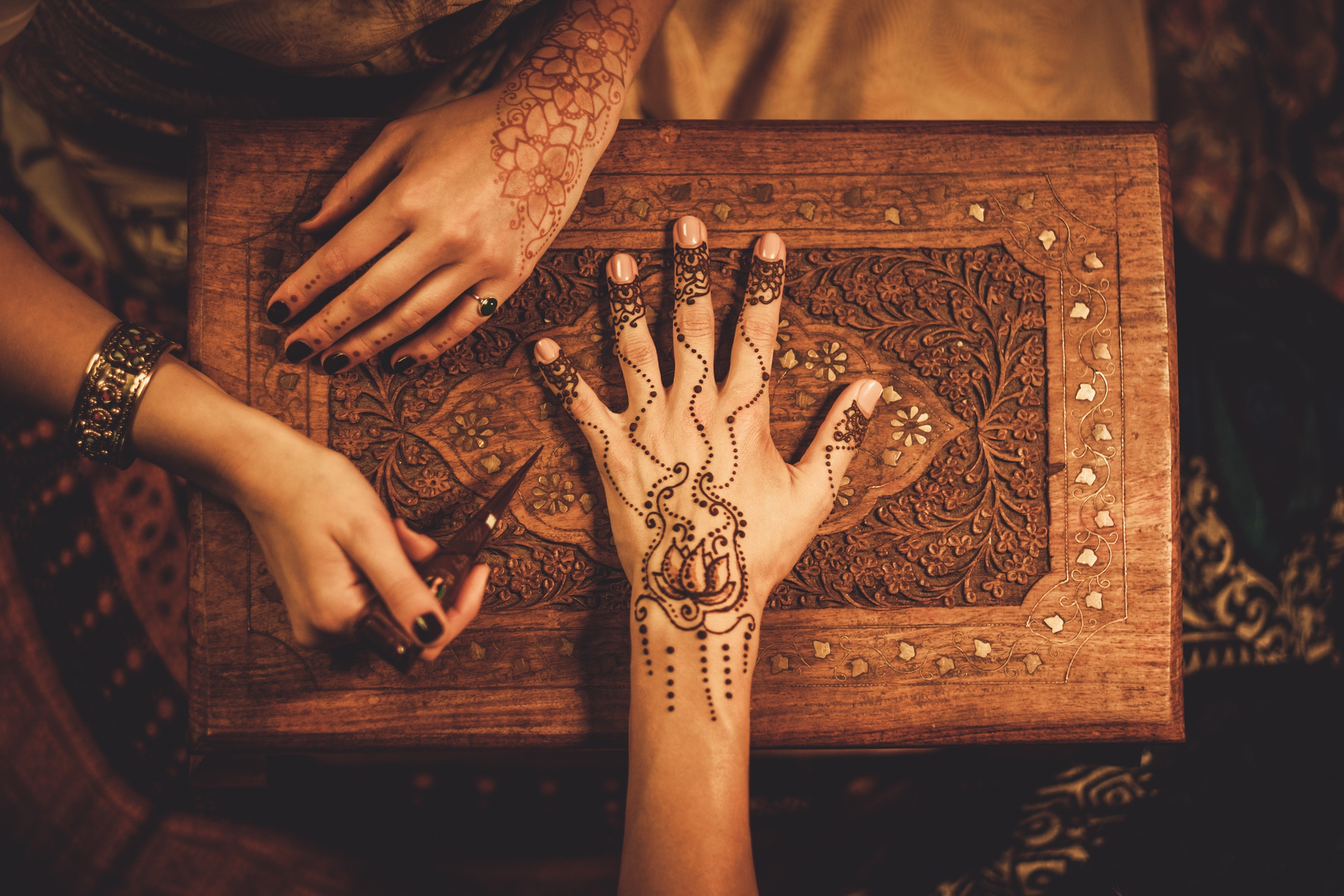 In an era, when merely rethinking the concept of being woke is considered not woke enough, cultural appropriation keeps creeping back into our societal structure like an endemic to the entire world. If it hasn’t been explained enough already, cultural appropriation is when one individual or company profits from using cultural aspects of another racially and ethnically different community, without giving due credit. It’s also when someone feels they have the power or superiority to use a culturally significant item of a long marginalised section of society for a purpose completely opposite, baseless, bizarre and nonsensical. Like in the case of this Chicago-based beauty blogger.

In a now viral TikTok video, the model/beauty blogger is seen using henna, also called mehndi in South Asian culture, as a ‘lip stain’ for the purpose of achieving what she called ‘perfectly tanned lips’. Naturally, this did not go down well with fellow South Asians on the worldwide web once they caught sight of it. Not only was she schooled on appropriating culture but also reminded that often store-bought Henna cones, used primarily for the hands and the feet on an auspicious occasion, contain an array of harmful chemicals and toxins that can cause the skin to react in a number of ways. Hence, for her to use henna on the lips, an area far more delicate and sensitive, was downright misleading. This is obviously something South Asians would be inherently aware of given the extent of our usage and the value we hold for henna.

It wasn’t long before her little beauty hack backfired. Two days later, the beauty blogger posted a video advising people not to use the said brand of henna cones given the harmful ingredients, with lips that looked visibly swollen.

This isn’t the first time Henna has been abused for two minutes of fame. It was just a couple of years ago that another beauty blogger created fake freckles using henna and you’d be surprised that ‘organic henna freckle kit’ is now really a thing. Personally I believe fake freckles are a beauty exploitation in itself but then to add henna and own it for personal gains is just next level. It’s one thing for white people to flaunt their decorated ‘henna tattoos’ as souvenirs from a trip to our part of the world and another for them to champion its reinvention just to become overnight social media sensations.

In fact, South Asians have predominantly been repeated victims of cultural appropriation. Whether it’s the introduction of ‘chai tea lattes’ at Starbucks, which is just as absurd as it sounds, or designer Paul Smith’s Robert Sandals ripping off the quintessential Pakistani Peshawari chappals without even the slightest mention of the design’s origins. Retail giants have forever profited from marginalised cultures by claiming to be inspired. Some may argue that such Westernised upgrades only help a culture take centerstage on the international arena. But why does the world need a white person’s stamp of approval to value and be satiated by the treasures of the East? By dulling a creation’s brown-ness to make it more acceptable is merely another evidence of how deep the roots of racism actually lie. That’s a conversation for another time but, given how our predecessors have been mocked and ridiculed for these very cultural elements; it should only be ours and ours to gain from.

There is a very fine line between cultural appreciation and appropriation. Appreciate a culture by celebrating its origins and acknowledging and involving its creators in the process, not by completely disregarding their contributions. Note to the blogger – perhaps find something a bit less offensive, maybe a dash of saffron but then again, we use that too for staining our biryanis!