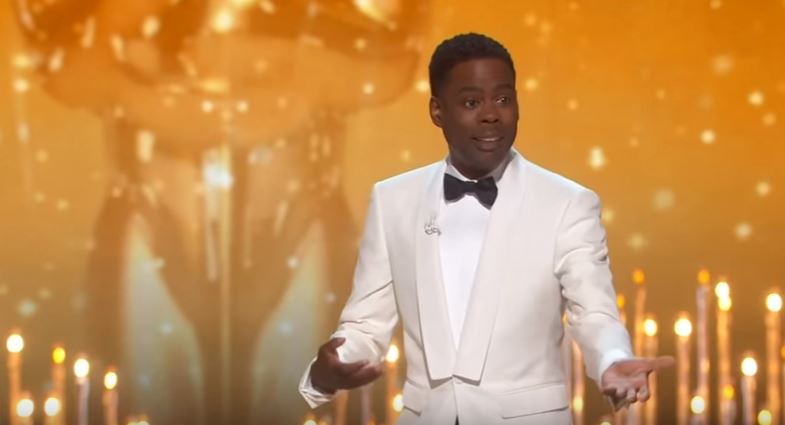 Truth be told, I don’t really watch award shows. No big reason why; they’re just not for me. But when my family decided to watch the 88th Academy Awards, I plopped on the couch and joined in.

While eating some homemade khichdi like the true brown girl I am, I heard Chris Rock speaking and I actually wanted to pay attention to what was going on. And boy, am I glad I did because that man is brilliant. I found myself nodding emphatically to his opening monologue, and when he pointed out how ridiculous it is to separate winners by sex, I began yelling at the screen, “YAAAS, that is what I’ve been saying!”

While there were a handful South Asians representing us—Priyanka Chopra, Mindy Kaling, Dev Patel, Sharmeen Obaid and Asif Kapadia—there are hardly ever any South Asian or South Asian-American nominees or winners at any mainstream U.S. award show, so it was a unique night for us brown folk.

And as Rock’s performance continued throughout the night, he surely spoke a lot about the white and black differences, but also made some blatantly racist jokes about Asians and Asian-Americans—jokes that brought forth model minority beliefs. Brilliantly covered by this open letter on the Huffington Post Blog, a black comedian focusing on how Hollywood is racist perpetuated racist ideology in the entertainment industry.

‘Here we have an unfortunate and outrageous case where a black comedian, in the midst of his crusade to skewer Hollywood for being racist and exclusionary towards people of color, went on stage to millions of American viewers and made fun of three Asian children on the sole basis of their race.

The worst part is: people laughed. The audience, the viewers, producers and Rock himself, reveled in their own conscious approach to black exclusion from the arts, and yet targeted a minority that is often perceived as being “submissive” and “obedient.” In a bit that lasted a mere 45 seconds, audiences across America were implicitly told by Rock and the laughter that followed that racism in the arts wasn’t to be tolerated — except when people want to laugh about Asians.’

As I’m writing this for Brown Girl Magazine, I am studying abroad in Hyderabad, India, where I should be studying for an exam I have in a class called Communication and Social Change. But, I took a quick break to spend quality time with my chacha and chachi and when Rock spoke, I stopped what I was doing— when he finished, I opened my laptop.

And this was the first thing I saw:

Let’s digress for a second and mention the Brown Holy Trinity: Aziz Ansari, Kaling, and now Chopra. These three South Asian actors are taking Hollywood by storm—there’s no denying that. And I love them all. But the fact that they’ve become so mainstream is indicative of two things: one, historically, South Asians are rarely seen on television, and if they are, it’s extremely biased and/or stereotyped.

Getting back to those notes: whenever I think about issues that South Asians face, I can’t help but feel bogged down by the people who don’t care. Friends, family, and strangers—South Asians or not—there are so many people who don’t realize how much representation matters. I think the accommodation of racism that this lack of representation demonstrates, the kind of racism that Rock talks about, is proof of just that. The victims of those representations start to internalize what they are told about themselves. They stop seeing themselves as important, as needing to be up on that stage just as much as anyone.

“We want opportunity. We want the Black actors to get the same opportunities as white actors—that’s it.”

I’d love to see the same opportunities for South Asians in the film industry as well.

Whenever my friends and I get into a heavy discussion about racism or sexism, I say this: We talk and write because it matters. Twenty years ago, this conversation might not have happened. Maybe twenty years from now, it won’t need to.