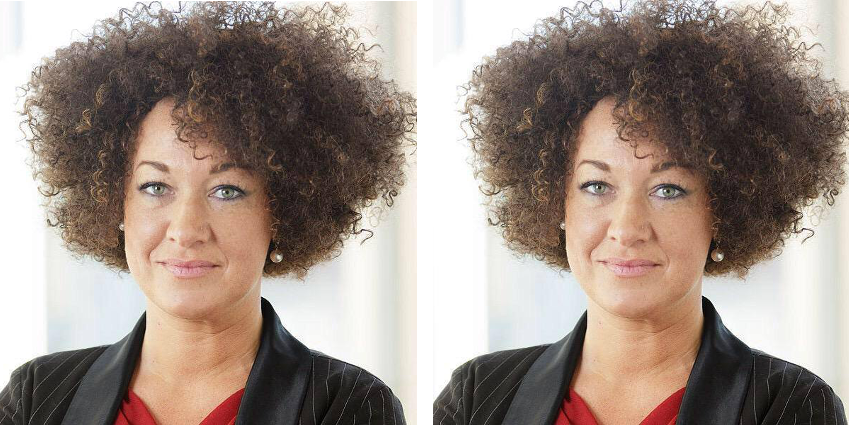 The Rachel Dolezal incident has brought to light pertinent issues related to race, privilege, and identity. People around the world are in shock that a White woman could carry on such an extended and intricate façade as a biracial Black woman for so many years.

In addition to altering her physical appearance, Dolezal created a fake personal identity, complete with a fictitious family and fabricated life experiences. She was also an Africana Studies professor and served as the president of Spokane, Washington’s NAACP chapter—all while pretending to be Black. Dolezal’s parents have shared with news outlets that Dolezal’s “transition” began around the time she was a teenager when the family adopted four black boys.

During her interview with Matt Lauer on the “Today Show,” Dolezal said that she identifies as Black and considers herself “transracial.” She spoke about how as a child, she drew herself with brown skin and curly hair and has always felt connected to black people. When confronted about lying that a Black man, who isn’t her biological father, is her father, she responded saying, “He is my dad—any man can be a father, but not every man can be a dad.”

Psychologists across the country have stated that Dolezal’s grandiosity, pathological lying, and a compulsive need for attention indicates some form of histrionic personality disorder.

When I first read about Dolezal, I couldn’t help but think what a bizarre situation this is. Like many people, I feel that her actions and behaviors are offensive and disrespectful. I agree with her adopted brother, Ezra, who stated that her appearance as a biracial black woman is “blackface.” She trivializes the struggles that actual black people face, by simply slapping on a few layers of spray tan, a wig, and cooking up false stories about abuse, hate crimes, and marginalization.

It is through her White privilege that she has been able to pull off this charade. People of color don’t have the luxury of being able to self-identify the way she has been able to. If a Black or Brown person chooses to “identify as White,” no one would care and the said person would definitely continue to face racism and institutionalized oppression.

Those who support Dolezal are onboard with her description “transracial.” Many people have attempted to draw parallels between her and Caitlyn Jenner, insisting that if Jenner has the right to identify as transgender, why is Dolezal not allowed to be “transracial?” This is not an accurate comparison because being transgender is a scientifically proven phenomenon, while being “transracial” is not. There is no such thing as being “transracial,”—even though Dolezal might “feel like a Black person,” she is still a White woman at the end of the day.

It is, however, possible to be transcultural. I personally consider myself transcultural. I am an Indian-American girl who is a product of the different environments I have been in and people I have been around. I come from a progressive yet culturally grounded south Indian, Hindu family. But, since my parents spent considerable parts of their youth in north India, I grew up with a lot of north Indian influence as well. Thus, I have grown up learning, hearing and speaking English, Hindi, and Tamil.

Many people with whom I interacted and had close relationships with throughout my youth have been African-American, Latino, and of African descent. Throughout middle/ high school and college, many people knew I was Indian, but others would often mistake me as “mixed race,” Puerto Rican, or Dominican. This could have been due to the way I carry myself and the diverse range of people I associate with.  People often tell me that I’m very Indian and that I have classical Indian features, but that I have a unique vibe and ability to blend into other cultures too.

I am also an activist and social work student, and much of my work centers around working with minority, immigrant, and refugee youth from different cultural backgrounds. I am multilingual and in addition to Tamil and Hindi, I speak Spanish and Arabic. I support issues affecting the South Asian community as well as those affecting other communities of color.

For example, this past year, in addition to being involved in advocacy efforts with South Asian Americans Leading Together (SAALT), I organized a city-wide “Bring Back Our Girls” rally for the missing girls in Chibok, Nigeria, and mentored Central American and Iraqi girls at Austin’s International High School.

Thus, I consider myself transcultural, NOT transracial. I am deeply connected to and proud of my Indian roots. Due to my life experiences, I also identify with Black (both African and African-American) and Latino people and their respective cultures. I recognize that I am Indian, first and foremost. Even though I may identify with people from different races, I have no desire to change who I fundamentally am.

It would not have been a problem if Dolezal chose to wear box braids, marry a black man, study at Howard University, and be president of the Spokane chapter of the NAACP if she simply identified herself as a White woman who feels connected to Black culture.

As one of my good friends said, Dolezal over-stepped the boundary between “identifying with” and “identifying as.” It is a shame that Dolezal had to lie and pretend to be someone she is not, especially since she was doing such good work for the community. Hopefully, she will eventually realize that it is possible to feel connected to members of another race and/or culture group without having to change oneself. At the end of the day, we all must remain true to who we are.

Natasha Sharma is a student, social activist, and freelance fashion model. She has worked extensively with immigrants and refugees as well as with women and youth from at-risk backgrounds in the U.S., Ghana and India. In addition to English, she speaks Hindi, Tamil, Spanish and Arabic. This fall, she will begin her Masters in Social Work at Washington University. She also hopes to use her modeling career to combat skin color bias and increase positive representation of women of color in the media.