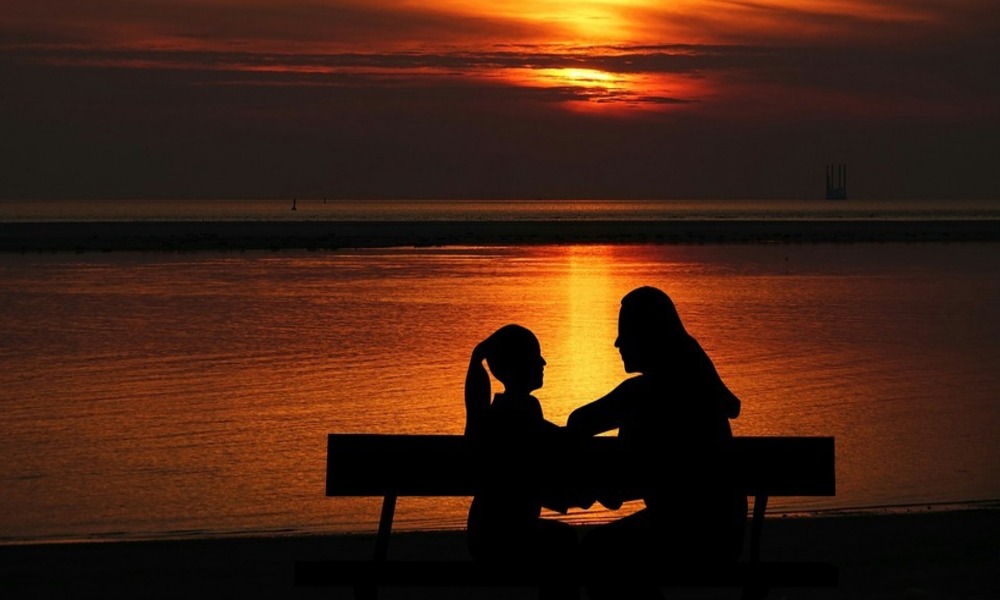 A few years ago, a friend of mine sent me Khalil Gibran’s poem titled “On Children.” Upon reading, I remember my first thought being: “This guy probably didn’t have children of his own.” I was appalled at the things he suggested in his poem:

Your Children are not your children,

They come through you but not from you,

And though they are with you yet they belong not to you.

I got married at the age of 23, and exactly nine months later, I became the mother of a daughter who is now 15 years old. My son was born seven years later. I consider myself a stern desi mom. My children were born and bred in the United States, but my husband and I migrated from Pakistan.

As a parent, I have always struggled to teach my children, especially my daughter, what I believed were our values. To be honest, I might have been guilty of discriminating between my daughter and son. I’m not sure if it was the “Precious Firstborn Syndrome” or because she was a girl, but it became more important for me to insist upon my daughter speaking Urdu at home, finishing her Quran by age nine and dressing as what I believed was modest for a girl with Pakistani roots.

I made my daughter study hard and ensured that all her grades were above a 90 average. If she got anything less than an 85 average on a test, that piece of paper went up on a wall as a reminder for her to pull up her grades. I regularly made my children call every family member to stay in touch with all of them and their vacations were always spent with extended family. My children grew up with homemade desi ghee, parathas, and spicy curries. My daughter was never allowed to have a sleepover and was always reminded of how to behave politely. Interestingly, I always joined my values of being a Pakistani with being a Muslim.

[Read Related: 5 Ways Parenting Needs to Change When You move to North America]

My wish to put the “Pakistaniat” in my children grew so strong that in July 2016, I decided to move back to Pakistan for two years. My daughter was about to start grade eight and I uprooted her from her Long Island school and friends—where and with whom she spent her entire life until then—and took her to Islamabad, Pakistan. After two years of living in Pakistan, the outcome was not what I expected. I became a more relaxed parent in Pakistan and my daughter became more assertive and opinionated. By the end of the two years, I matured as much as my daughter did.

Pakistan is a culture of extremes. However, Pakistani teenagers are similar to those on this side of the pond; the clothing is the same, the hormone spikes are just as intense, the smoking and underage drinking are probably higher and the peer pressure just as relentless.

The adults are varying shades of Islam. There are certain family members who are such devout Muslims that they are the authority on everything halal and haram where it is either their way or you will be labeled a kafir. Then you have believers who acquiesce on everything publicly but act differently in private. Finally, there are atheists who believe that Islam must be taken out of the state altogether. There are family and friends who want their children to speak in English instead of Urdu. Parents take pride in the fact that their child who was born and bred in Pakistan cannot proficiently read Urdu.

Before moving to Pakistan I used to threaten my children saying, “This doesn’t happen in Pakistan” or “I will move you both back to Pakistan.” After a year of living there, my daughter said to me:

That is the day I realized that my daughter is wiser than I. She loved the two years she spent in Pakistan; she made some amazing friends and loved the variety of food and traditional clothing. However, I was the one ready to come back to America—and so we did.

[Read Related: Growing up Desi: Everything I Wish I Could Tell my Parents]

We are now settled in the Dallas area. Subsequently, I revisited Khalil Gibran’s poem to reflect on the transition of homes and its effect on my children. I no longer pressure my daughter or dictate her clothing choices. She has her goals and ambitions defined by her own free will. My children are free to choose their own path in life. My son has just as many chores around the house as my daughter. They both work together whether it is cleaning the kitchen or cleaning the bathroom or doing laundry and folding clothes. At dinner time, we make it a point to discuss everything that goes on in their lives—no topic is off-limits. I am proud of being a Muslim and proud of my roots.

Furthermore, with all the good and the bad, I am glad to be an American as it has given me perspective. My daughter volunteers at the local Islamic center as well as the local church food bank. There are days when she will come home and talk about a certain racist comment made by some child in a classroom. She stands up for those of her friends who choose to wear a hijab even though she herself does not.

She knows more about Islamic history than I do and enjoys challenging and discussing it with her teachers in high school. She makes her own choices now; I am there to guide her and support her. We have both come to terms on the fact that values are embraced once trust and love are present between a mother and a daughter, irrespective of what your roots are. I now read Khalil Gibran’s poem with a renewed appreciation and “bend my bow with gladness in my heart.”

Mahvesh was born in Karachi, Pakistan and moved to New York in 2004. She is a mother of two kids; a girl and a boy. Mahvesh enjoys cooking, eating, reading books and traveling. Recently, she left New York and moved to Dallas. Mahvesh’s work does not define her identity as she uses her children as a vehicle of relation. Mahvesh has an interesting journey of self-discovery with her family.