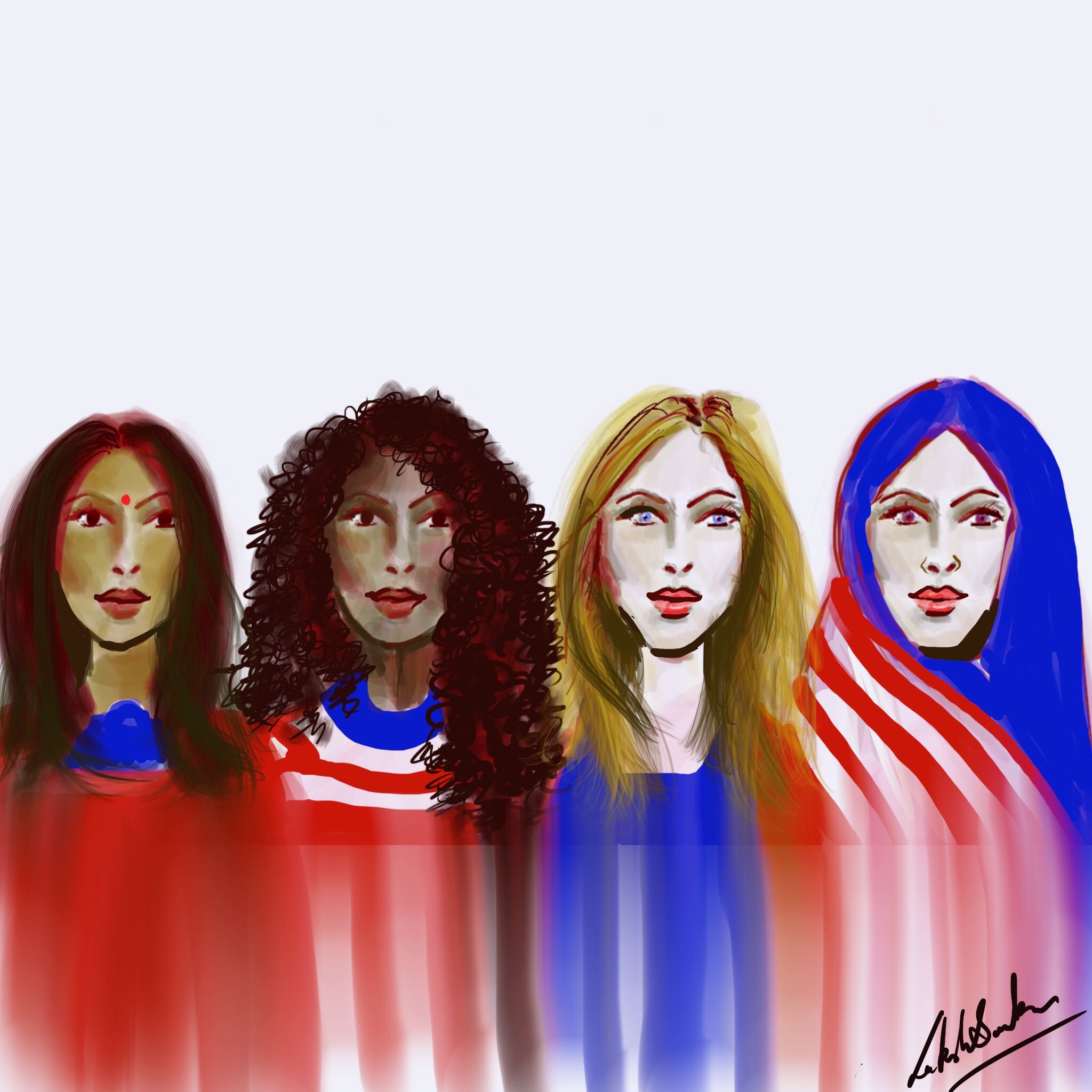 “We the people in order to form a more perfect union, establish justice, ensure domestic tranquillity, provide for the common defense, promote the general welfare and secure the blessings of liberty to ourselves and our posterity. To ordain and establish this Constitution for the United States of America…

It was a sunny day in September (I was six so really it could’ve been pouring but this sounds better), and it was the second week of first grade at my elementary school in Long Island, New York. We had been tasked with memorizing the preamble in order to get into the elite kids club — “Project Beyond” (aka spend “rest” time doing “stimulating” crafts).

You best believe I sang that preamble, my parents were afraid I’d make them listen to it as many times as I made them watch “Kano Na Pyaar Hai” (which was approximately 12 times in case you were wondering, and I know this because mom kept a tally).

It wasn’t until I got a bit older that I realized the significance of those words, that I became fascinated with history and politics. With concepts like freedom of speech, the right to bear arms and being a “melting pot” of a country. Concepts that now trigger words in debates and whose connotation, interpretation and selective application are the crux of major public policy debates today.

While I do not agree with the current leadership in our government, and my heart is heavier today thinking of those sleeping in migrant detention centers along the border, and I do not condone the atrocities committed by our nation past or present, I am grateful to have been born in a country that taught me to embrace diversity, shoot for the stars and create my own version of the American Dream.

It was through the media that I fell in love with undercover journalism, and through the free market that I realized my version of “lemonade stand” projects could become realities. It was in my classrooms from New York to Arizona that my educators nurtured my passions and raised me on merit and hard work. It was through my racist experiences with the police and unjust treatment of my family in airports and my friends from abroad that I developed a passion for advocacy and the importance of voting.

It is through these experiences I understood my privilege. The privilege to live in a land that however flawed incites change. From women’s voting to LGBTQ rights, we are able to demand change because of our country’s principles. America has a history of change and still provides more basic resources to its people than thousands of places around the world.

I may be an Indian woman that has been marginalized and has struggled, I may come from a background that has given me a taste of 1 percent benefits and food stamp tribulations at different points, but above all else being American has allowed me to have both those narratives and overcome them.

America raised a woman that I am proud to be, one that has seen the gaps in education, healthcare, diversity and inclusion but still values small businesses and hard work, one that stands neither black or white but gray.

In light of tumultuous times, I want to say I’m proud to be an American, and I’m grateful for the sacrifices made for me to lead this life of music, advocacy and marketing, for the nation that turned my two semi-close minded, poor, Indian immigrant parents into stable, “woke”, dare I say independent, citizens of the United States of America, citizens proud of their Indian heritage and who freely embrace it. I know this is not everyone’s story but it has the potential to be and there’s something to be said about that.

In high school, I read a book called, “Tuesday’s with Morrie,” by Mitch Albom for an English class, if you know me you’ve heard me say this countless times (if you’re reading this, sorry boo) I have quoted in every speech since but today it’s an ode to America:

The culture we have does not make people feel good about themselves. And you have to be strong enough to say if the culture doesn’t work, don’t buy it. Create your own.

Thank you to the USA for letting us create our own hyphenated cultures and changing what’s broken…we’re just getting started.

Remember to always “protect the blessings of liberty for ourselves and our posterity,” and not to drink and drive. Happy 4th of July, y’all, be safe and do right.