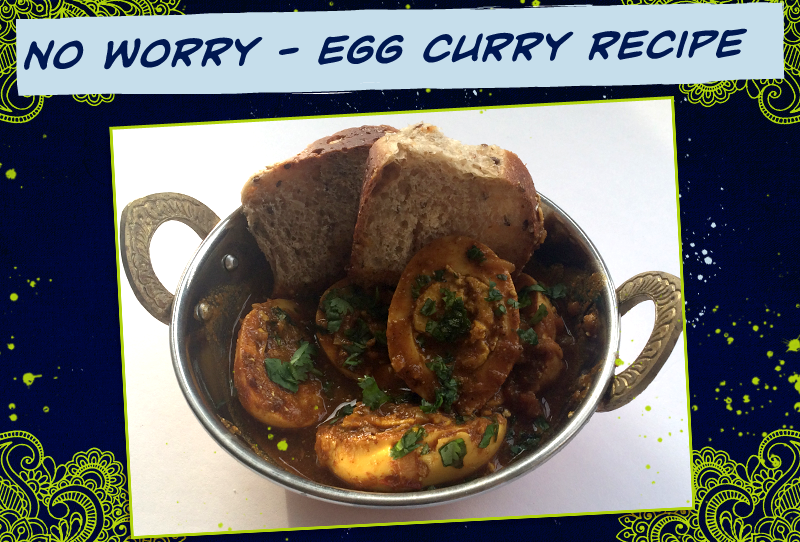 Egg curry with a side of badass female empowerment! Definitely, a recipe you don’t want to miss.

Continue scrolling to read the inspiration behind this egg curry recipe. 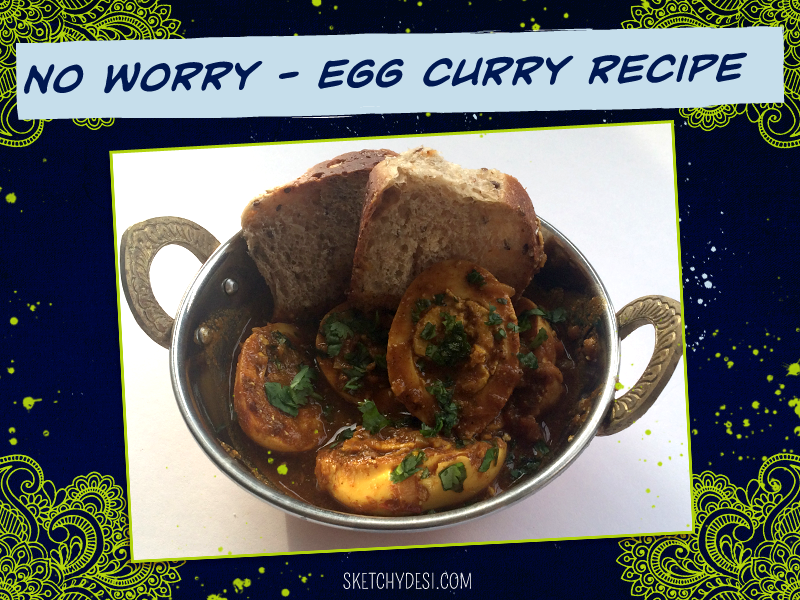 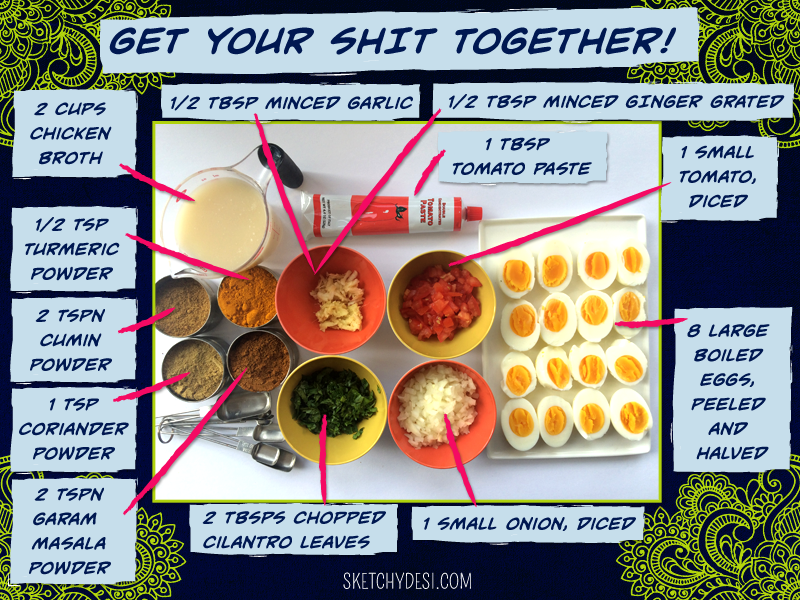 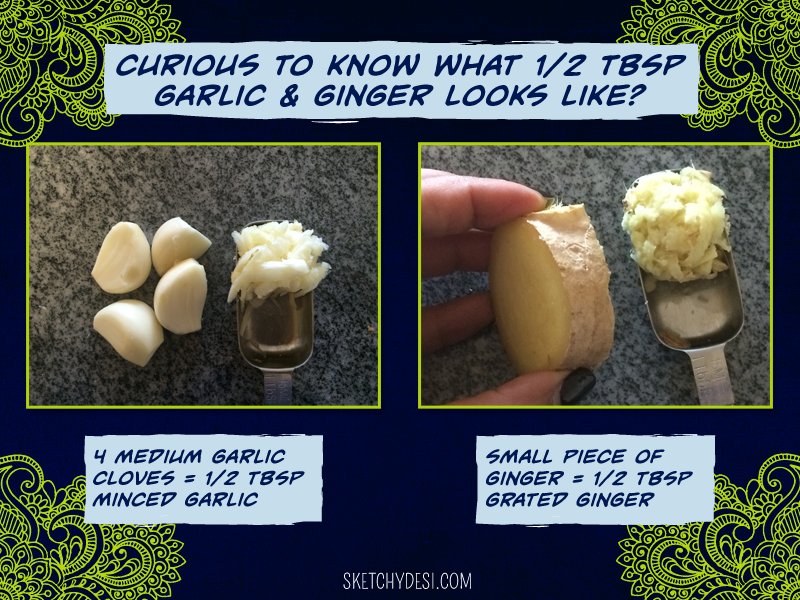 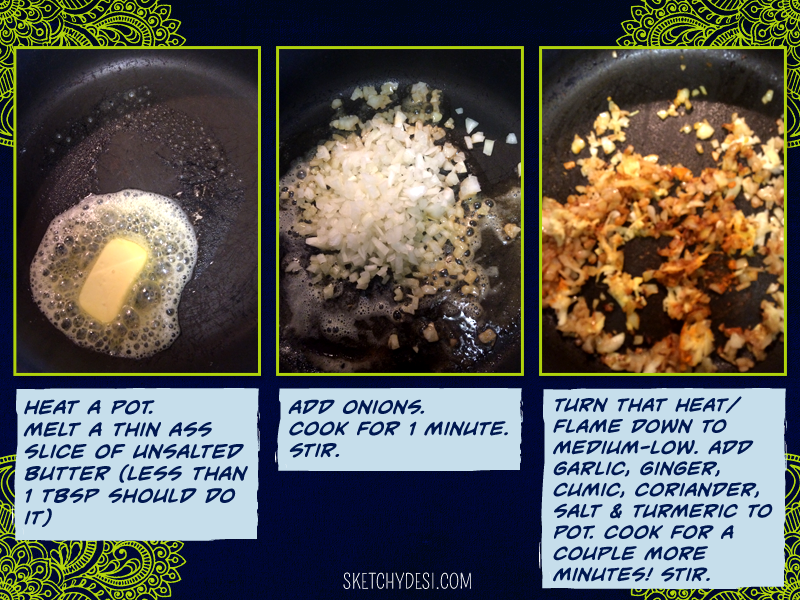 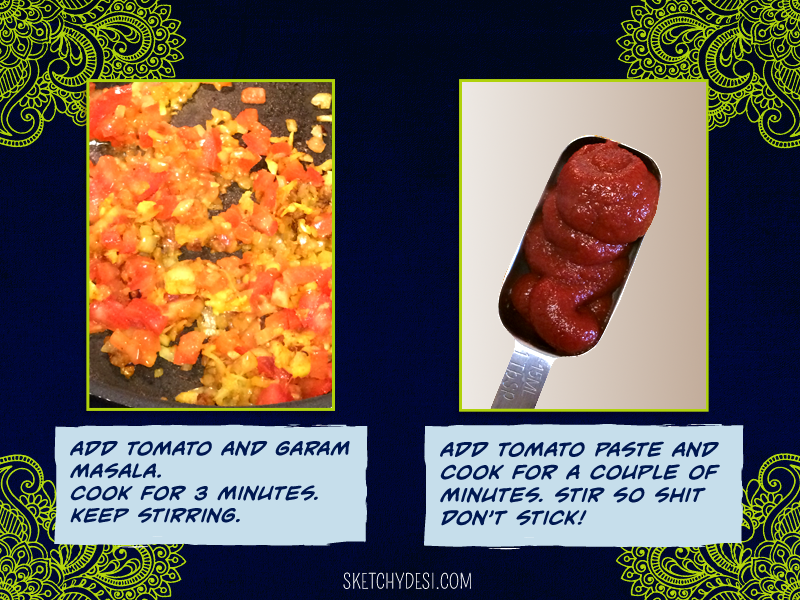 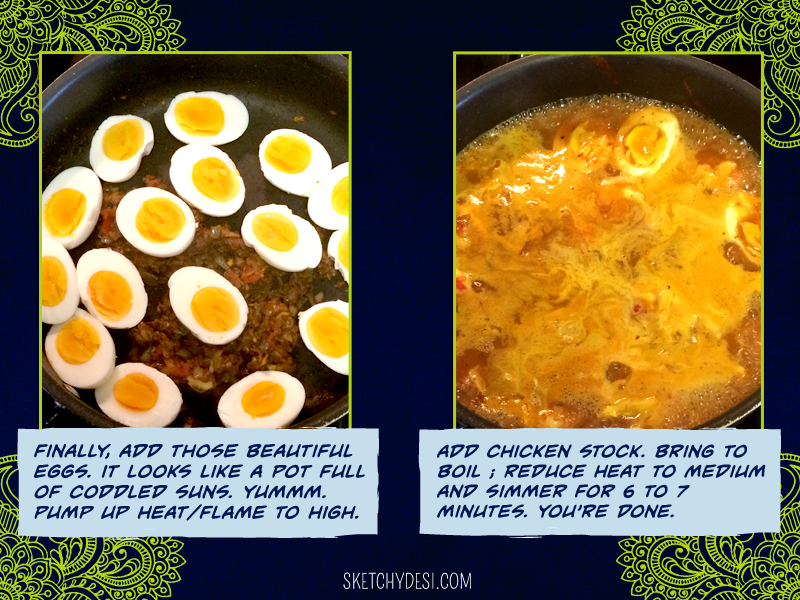 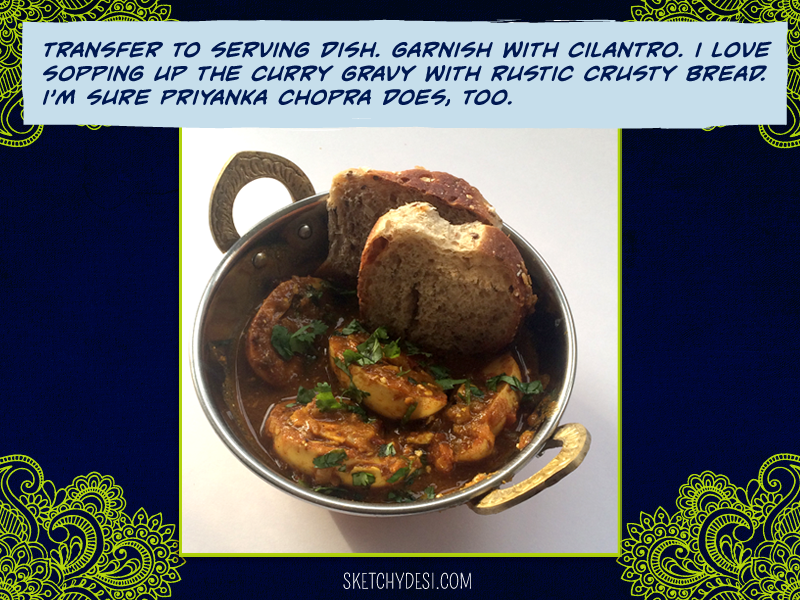 Now a lil’ real talk to go with all that egg curry (makes four servings btw). Remember the title of this post: I Like My Eggs Curried, Not Fertilized. I think that may be my war cry for 2016. Allow me to elaborate.

Not that I’m against childbirth, child rearing, or children in general. I love children; when they’ve had their naps, are well adjusted, and not acting out. Then again, I would say the same about adults.

No, what stimulates this post is my fascination with my community’s steadfast preoccupation with my choosing not to reproduce. It has me wondering about peculiar things and looking up certain statistics. For instance, is the propagation of the world’s populace on a sharp decline? Are my husband and I skirting some sort of cosmic responsibility by not helping the epidemic?

But no, I checked. The world population is around 7,331,236,554 with an annual growth rate of 1.07 percent and my husband and I have not, in fact, been cosmically tapped to repopulate planet Earth. So, what gives?

Since we celebrated our one-year anniversary and nary an offspring has sprung nor the desire for one palpable, the desi community has all but shown up at our doorstep with torches inquiring why I won’t give my virile husband an heir to the proverbial throne. It’s all so…fascinating. And though not having children is a joint decision my husband and I have both arrived at–and vocally so–it is only I who gets the brunt of the questions as to why I’m neglecting to make good use of my reproductive organs.

One might assume that it’s only the older generation who probe into this. But the question seems to also be something people of my generation tend to constantly ponder, which still throws me for a loop. Is there nothing else for us to discuss or for you to inquire?

One particular episode comes to mind. It was over the holidays and I was at a desi party. I was reaching for that last glistening samosa. An acquaintance, my age, had that crazy twinkle in her eye. With a quick wink, she implored me with a sly “I see you’re extra hungry today, Soni. Eating for two, are we?” she purred.

And then silence. Aunties stopped their cackling. Uncles looked up from their taas playing. All eyes on me.

I wanted to be gully and say YES, GIRL, I AM EATING FOR TWO if by two you mean me and the perennially hungry samosa-fiend who lives deep in my belly. SO WHAT?!?

Yet those words never left my lips. Instead, I replied with something along the lines of “yeah, no baby, just samosas in here” while patting my belly and chuckling like a moron.

No one was amused.

“Are you even trying?” they all managed to ask in what sounded like a well-orchestrated chorus.

“No,” I said unapologetically.

That one word put into a motion a series of actions. The Aunties took their fingers and touched their foreheads then chest in prayer with a fervent string of Hai Bhagavans as if conducting a seance to rid me of my evil.

And then came the treasure trove of unsolicited advice:

“You’re getting old, beta. Like a flower, you are wilting. Time to hurry and have a baby before you’re gone case. Baas. Fully wilted.”

(Thanks, Uncle. I never saw it that way. I’ll be sure to get pollinated soon.)

“Don’t you want to make your husband happy?”

(Umm, I can think of 20 other things that have to do with getting it on, that will NOT beget a child, and that’ll make my husband plenty happy, downright ecstatic. So, yeah, sorry, what was the question again?)

“Having babies is your dharma as a married Hindu woman.”

(I don’t actively subscribe to Hinduism but thanks for projecting your antiquated belief system onto me. High-five, Aunty! On the flip side, Uncle!)

“OMG Soni, if you’re even remotely questioning having children, you shouldn’t, because clearly you’re not equipped or ready for the profound task.”

“OMG Soni, if you’re even remotely questioning having children, you should. Otherwise, you’ll regret not doing so later.”

(Hellooo, wouldn’t this same line of reasoning also mean there’s a 50/50 chance I may regret having them as well?)

“But you love kids! You’re so good with them! You should have them!

(OK. I also love prime rib. Should I become a butcher?)

Here’s the truth, people, I didn’t offer any of these answers though I wish I had. I just don’t get why we can’t all have different egg preferences. You prefer yours fertilized? Cool. You want to get your eggs frozen? Do you, girl! You over there. You don’t know what you want? I get it.

Frozen, boiled, scrambled, over easy, whatever, whoever; can we each just do our own thing, cohabitate on this Earth, not hurt each other, and eat some friggin’ samosas along the way?

And that, THAT wish is what motivated me to share my No Worry- Egg Curry recipe. It’s so easy to make and delicious to eat. And maybe, just maybe, it’s a lil’ cheeky, too, so when you say you prefer your eggs curried, you have a foolproof recipe to back it up. 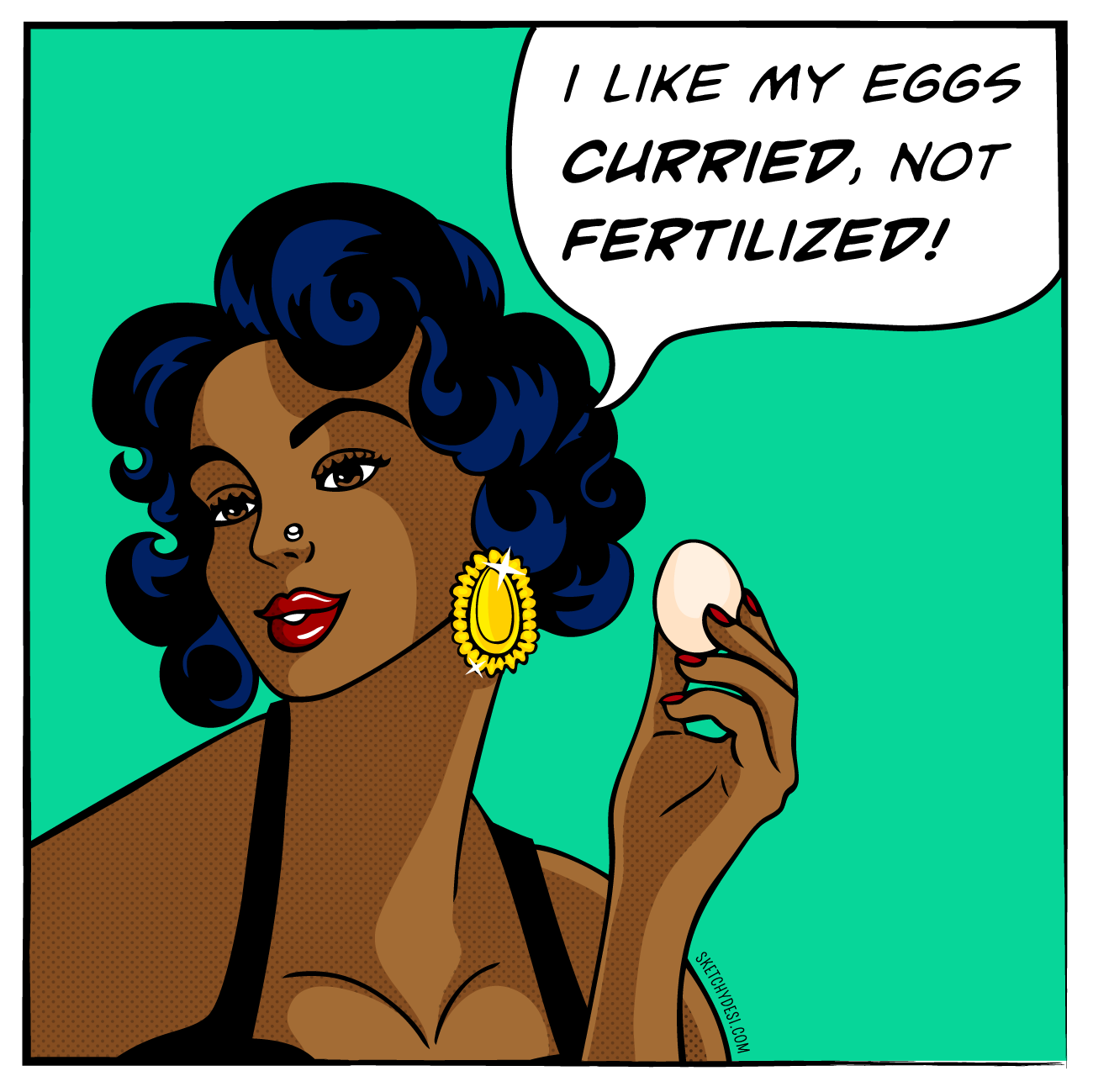 [All photos are courtesy of Sketchy Desi.]