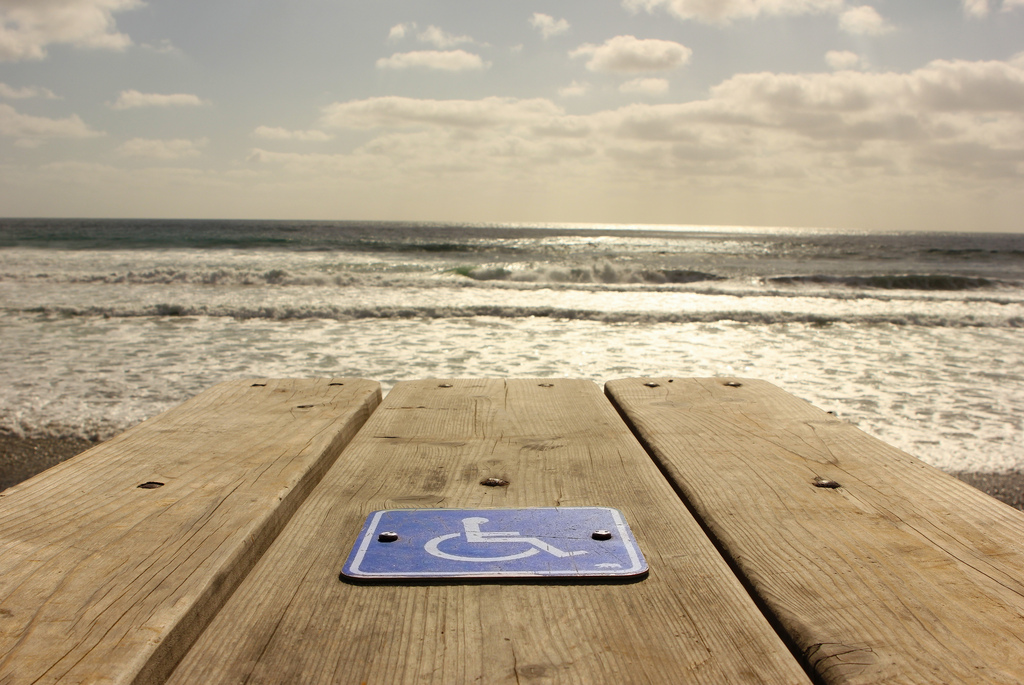 Freedom is a strange concept to someone raised in an Indian household in America. Unlike my cousins overseas, I had the freedom to wear bikinis in the summer, to shop at the mall unchaperoned, and to drive my own car at age 16. Unlike my peers, I did not have the freedom to go to sleepovers, date or even attend school dances outside of my senior prom. Even now as a 30-something married adult, I still get grilled on my drinking habits or chided for staying out late on a weeknight. ­

To my husband and friends, my parents’ behavior seems borderline controlling and obsessive. But to me, it’s just a facet of being Indian-American.

But another facet of my being Indian-American is being expected to hide my disability from others — because you just don’t talk about that in desi families.

The sum of all of this careful work is that I don’t look disabled. My cane, on the few days I need it, gives me the freedom to go where I want and continue living my life.

But that freedom is tethered by the concerned questions from Aunties and Uncles galore. When they ask, “what happened,” I usually respond with “arthritis,” — which is the simplest way to approximate my issues in a way people can understand.

But it doesn’t end the questioning. The follow-up question is very often, ” How did this happen so suddenly?”

It seems it’s just about impossible for anyone to believe I’ve had a chronic pain condition that they didn’t know about. So, I’ve stopped trying to explain. And then the next time they see me, I probably won’t have the cane, so they can stop worrying.

On my last trip to India, my close family knew what to expect. They greeted us at the airport, where I was wheeled to the exit and then had to then rely on my cane. They made sure I wasn’t doing anything stressful at home (even bending down to pick something up was accompanied by cries and offers of help). If they asked about my health, I answered freely.

But a large upcoming family function had me worried. I knew Indians often viewed mental health issues as shameful, but I never got the same sense about physical health problems. So I asked my mother to let our extended family know, at the very least, that I had trouble walking long distances and standing for extended amounts of time.

But it wasn’t proper, she said. People don’t talk about that. They wouldn’t understand. You’ll be fine.

So I didn’t say anything. As my close family jokingly, and protectively, paired me up with my grandmother—giving us “old ladies” prime seats at the function and putting us in the elevator while they took the stairs—my extended family just saw a granddaughter keeping her grandmother company. When anyone asked about my health, I said the most honest thing I could, roughly “same as always.”

I maintained the façade my mother wanted — until an extended family photo shoot at home starting taking its toll.

I tried to leave to sit down, and my great-aunt grabbed my arm and wrenched me back for another photo. She teased me and held me in place, and everyone laughed, and I smiled for the photo, but my parents could see something was wrong. I pried her fingers off as politely as possible, managed to hobble back to a bedroom and then burst into tears as my parents tried to comfort me.

[Read More: “Why Living with a Disability Doesn’t Make Me Any Less ‘Marriage Material‘”]

Yes, my body hurt from the experience. There was immediate pain, which lasted only a few minutes. But the true pain was having no say in the interaction. My disability was invisible. She didn’t know she had hurt me. I couldn’t tell her off the way I would have done with my brother or husband. I couldn’t leave without making a huge scene or ruining the celebratory air in the room. And even my close family who were nearby and were aware I must be in pain, couldn’t do anything to help me until after the picture was taken.

Through my tears, I demanded my mother return to the other room and tell our extended family what she refused to tell them before. She begrudgingly left me, and I stayed in the bedroom for the rest of the afternoon. I truly don’t know if she told them or not. I don’t know if preserving the illusion that I was healthy won over the pain she felt seeing me in distress that day.

I’ve also never seen the picture that was taken. But I wonder what my forced smile and face must have looked like as I tried to hide my panic in that captured moment. A single moment where the freedom I had worked so very hard for was stolen from me.

Because you just don’t talk about disabilities and other weaknesses as a “good” Indian.

Kay is an anonymous writer.