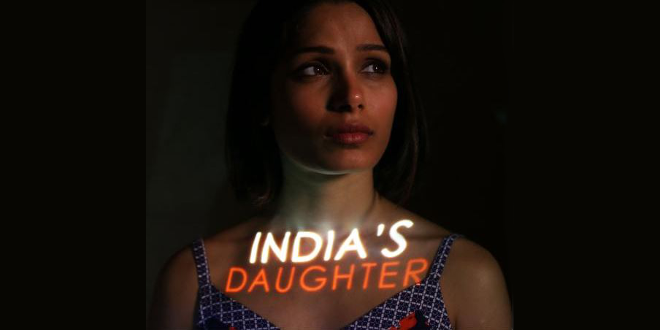 India is the country of contradictions, where it’s entirely legal for a human to be married to a tree or a dog, but illegal for two consensual adults of the same gender to engage in sex. To add to this list of contradictions is the recently banned documentary, “India’s Daughter,” which brings to light the country’s epidemic rape culture.

The Indian Parliament decided to ban director Lee Udwin’s documentary, a film that details the brutal gang rape and murder of medical student Jyoti Singh, coined as Nirbhaya, because it brings shame to their country.

But we’ve been shamed before the release of this film, over and over again. Every time a girl is scared of walking down the streets of Delhi because she is fearful of becoming the next #Nirbhaya, we are shamed. And every time a mother’s heart sinks because her daughter is not responding to her call or text past 8 p.m., we are shamed. And worst, every time a brother asks his sister not to leave the house because he wants to protect her from the ruthless rascals like rapist Mukesh Singh, we are to be shamed.

It’s clear from the BBC Four Storyville’s documentary, Mukesh, who is on death row, has no remorse over the brutal gang rape of then 23-year-old Jyoti, instead he is a fearless man who makes grotesque statements. He knows they did “wrong things” but feels other rapists have done worse, so why is that they have been scrutinized the most?

Now when they rape, they won’t let the girl go like we did. They will kill her. Earlier, they would rape and say, ‘Leave her, she won’t tell anyone.’ Now when they rape, especially the criminal types, they will just kill the girl. Death.”

Two years since the fateful night of December 16, we witness more close-minded attitudes of many people in India who continue to stigmatize rape, blame the victim and refuse to point fingers at the rapist. But this is why Udwin’s documentary is eye-opening and insightful because she focuses on a new generation of activists who are demanding change and justice.

The film is not a shaming on India, rather an in-depth discussion of the rape culture that is spread worldwide.

The one-hour documentary is a mirror for society to look into and realize what is necessary so that our mentalities can change for generations to come. The content of the documentary “India’s Daughter” needs to be shared with everyone if we truly want to strive for a world that is safe for every daughter, sister and wife.