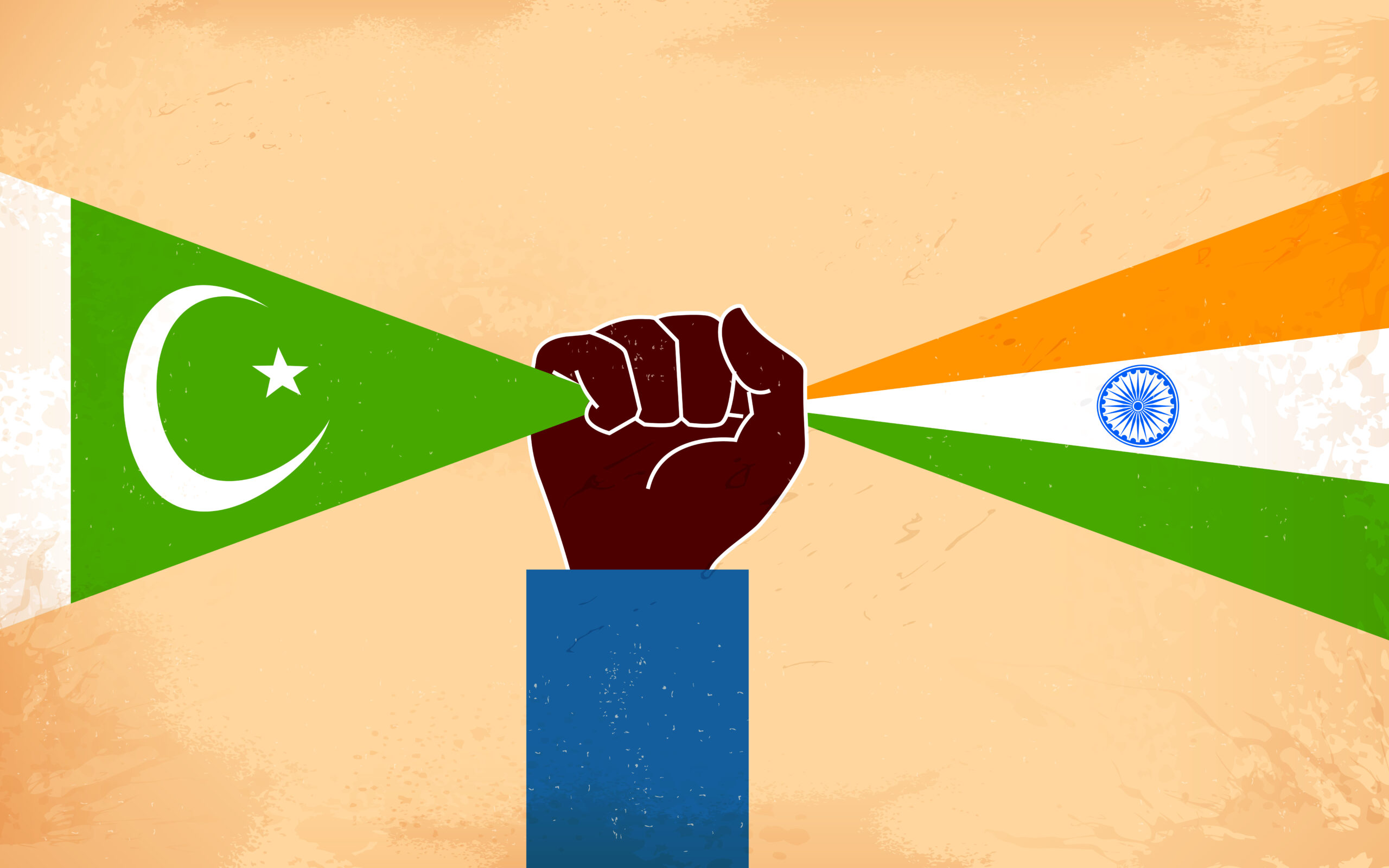 India and Pakistan emerged as two separate sovereign nations in 1947. Different factions of the freedom struggle movement contributed in their own unique way and ultimately they freed themselves & the people from the clutches of British colonizers who arrived in India during the early 17th century, masquerading as traders with an intent to puncture the domestic economy & simultaneously adding their own cogs and wheels to carry the weight of unsustainable Industrial development in Britain.

Today India may flaunt its economic prowess in terms of GDP numbers and giant market but the ground reality is far from comforting, poverty is the demon that has equally haunted the people of both countries, especially those who are at the bottom of the socio-economic ladder. Walls with barbed wire have divided us but our fate has always been entangled. We reflect on the same past (although our historical heroes are different), share similar culture, tradition, cuisine and the most significant of all, ‘religious bigotry.’

In the initial years after independence, Pakistan had overtaken India in many crucial fields such as the economy and scientific progress. Until the 1960s, Pakistan’s per capita income was narrowly higher than her neighbor, similarly, Pakistan established its space agency in 1961, which was eight years ahead of India. In June 1962, they had their first rocket Rehbar-1 launched into space with the help of NASA.

For a country that just a few years back had experienced the horrors of partition and started building up from wreck and ruins, Pakistan immediate success story was pretty phenomenal but as Classical singer, Ustad Fateh Ali Khan famously sang in one of his popular qawwali, “Qismat ko manzoor yehi tha, jeeti baazi haar gaye.” (Only thing acceptable to destiny was that I lost the game I had already won.)

It was military dictator Zia Ul Haq who mired its broken destiny by attempting a successful coup against the democratically elected government. The military general ousted then Prime Minister Zulfikar Ali Bhutto, later arrested him, conducted a sham trial by putting a gun on Judiciary’s head and effectively murdered Pakistan’s most influential Muslim leader of that era.

He diverted the funding from education and economics to invest in jihadi groups. His controversial policies like forbidding Ahmadiyyas to identify themselves as Muslims and the introduction of capital punishment for persons charged with blasphemy to pander radical Sunnis proved to be a crippling blow for social harmony in Pakistan.

Today, Pakistan is apt opposite to what their forefathers wanted it to be, in naya (new) Pakistan, the government is signing peace deals with terrorist groups who have the blood of innocent schools. Students on its hand, rule of the mob has replaced the rule of law, lynching in the name of religion has been normalised to an extent, it seizes to exist as a human rights issue anymore.

In an era of turmoil when the world was divided between two poles and tensions in the Middle East had just begun after the creation of Israel in 1948, at such a critical juncture India needed someone remarkable to fill in the shoes of India’s First Prime Minister who could balance its role away from the influence of Super Power rivalry and work for maximizing India’s potential.

To break the hegemony of any single power, Jawaharlal Nehru along with the President of Yugoslavia and Egypt established the foundation of the Non-Aligned Movement (NAM). India, considering its dependence on crude oil supplies and human rights issues, always supported a two-state solution in the Israel-Palestine conflict.

Internally, Nehru focussed on constructive development. Under his leadership, the Indian Institute of Technology (IITs), All India Institute of Medicine Science (AIIMS) and Indian Institute of Management (IIM) were established. The best minds from these eminent institutions are working in different capacities, contributing to the national and global economy.

But with the birth of Vishwa Hindu Parishad (VHP) in 1966, started a new phase of communal disharmony & religious tensions in Independent India. The Bharatiya Janata Party (BJP) played a pivotal role to shape the extremely religious and political ideology of Hindutva as a propaganda tool to unite radical Hindu factions including VHP under one banner with the sole objective to penned down the darkest chapter of India’s democratic history. The Babri Masjid Demolition in 1992 is a big blot on India’s secular credentials.

The BJP’s mammoth victory in two subsequent parliamentary elections is a red flag for India’s demographic diversity, it indicates that “project saffronisation” is peeping deep into the hinterlands and further expanding its base to emerge as a dominant force in uncharted electoral terrain other than the Hindi Heartland.

Polarization suits the incumbent Modi government but India is paying the price as intolerance between communities has surged to dramatic levels. For that reason, religious lynchings are not the copyright of gau rakshaks (Cow Vigilantes) anymore, now unfortunately mob justice secularly transcends across all religions.

High values propagated & practiced by the Father of the Nation have long been buried & gradually becoming a thing of the past, It’s never too late to revive Gandhi’s idea of truth and non-violence. The question is, will India do it?

The South-Asia region is among the poorest parts of the world. With no access to clean water, sanitation facilities, free education, healthcare services and other bare amenities, the quality of life in both countries is utterly deplorable.

Political dispensation in Pakistan as well as India for a long time has sold the dreams of reviving the religious glory of the good old days by arousing intense nationalist passions in the masses.

While India and Pakistan are home to the world’s largest undernourished population, politicians have set all the wrong priorities, instead of investing in the human capital resource the governments in India and Pakistan spend a big chunk of their annual budget on defense capacity building and military modernization, if this is not absurd enough, fanatics on either side of the border take pride in their nuclear capability to annihilate each other in a fraction of a second.

The decline of reason in Europe led to two world wars that killed millions of people on battlefields and gas chambers. If we are not able to learn from their experience and rather continue to follow the same path of blind nationalism that has been further intoxicated by adding the flavor of religiosity, there is no hope for the subcontinent to attain any civilizational greatness that it craves for.

Ajit Singh is an economics student and is currently pursuing a Bachelor's degree in education. His particular interest lies in the intersection of religion, caste, class, and politics. He spends his leisure time reading and contemplating quite a bit of Kierkegaard, Camus, Dostoyevsky, and other existentialists. The author's work has been published by MuslimGirl, Feminism in India, ThePrint, and National Hearld among other forums. He can be reached at ajitsinghmarch6@gmail.com.