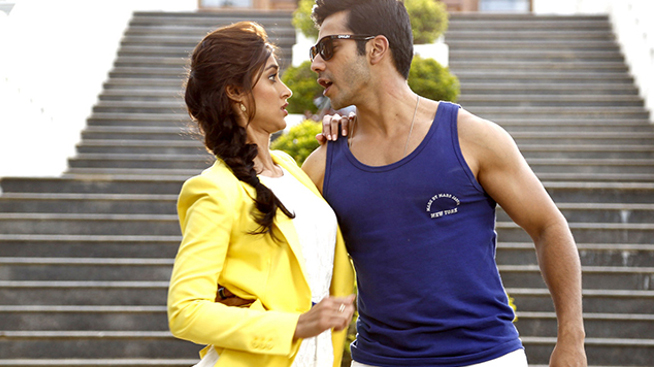 This article was originally published on Your Sister Friend:

I grew up with movies like “Dil To Pagal Hai” and like any 90s Bollywood movie you see the following:

Boy meets girl, girl meets boy, they smile, they know with a glance that they’re into each other, a few conversations and a very awkward, long hug later the hero and heroine are professing their love to each other.

Now this is all well and good while you’re growing up, but then you get older and start watching American rom-coms. “When Harry Met Sally,” “Love Actually,” “Definitely, Maybe.” These classics showcase the key difference between finding love in India and finding love in America: dating.

In American love stories you find “the one” after dating other people, you find them after making mistakes and experiencing heartbreak. In Bollywood love stories you hit the jackpot the first time around. Most first generation Indian-Americans have parents who experienced the Indian version of a love story, whether it was an arranged marriage or a cute love story, most of our parents haven’t exactly dated other people. Not only does our culture look down upon the concept of dating, but most Indians focus on the end goal and not the journey. Commitment is an expectation in India and a privilege in America.

All through high school the common theme among Indian parents was, “don’t focus on boys/girls.” “No boyfriend/girlfriend business, focus on your studies.” During college I had many friends who were scared to tell their parents about their respective relationships (I could not muster up the courage to tell my parents about my own relationship until the ripe age of 21).

What’s funny is that once we graduate college or grad school the situation turns around 180 degrees. The community that discouraged all relationships your entire life is now asking when you’re getting married… what?

How can we be expected to seek a serious relationship when our entire lives we never exactly had support or guidance when it comes to the topic of dating? How do we incorporate the Indian movie ideal of romance in America? How are we supposed to know what kind of person is “worth it” when our parents never really talked to us about it? Why is the swan song of dating for first generation Indians in American so-damn-confusing?

I’m not sure. But what I do know is that, while it is not exactly “fair,” we have to approach the topics ourselves. Talk to your parents about what it means to be in a relationship, and convince them that you are mature enough to do what they never had to do: dating in America as an Indian-American. I have met too many guys afraid of commitment, too many girls afraid to admit that they just want to date around, too many of us who have no idea what to do because we don’t share the same reality as our parents.

Dating is weird for everyone, so let’s try to make it a little less weird by creating an open dialogue.

Good luck and may the dating Gods be with you.