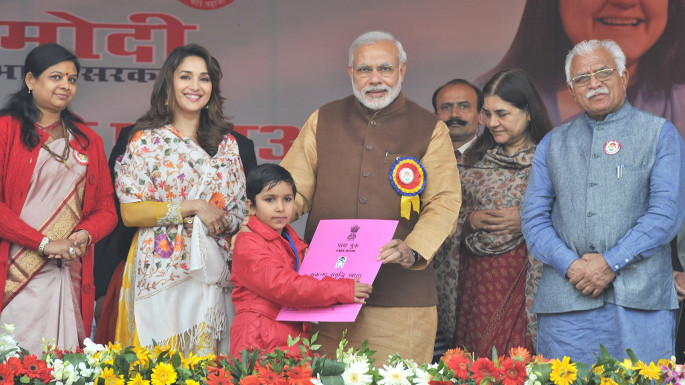 You may have seen #SelfieWithDaughter trending since June 2015 when the gram panchayat of Bibipur in Haryana organized a contest inviting men in the village to post selfies with their daughters on social media. You may have also seen the Indian Ministry of Women and Child Development’s recent video featuring prominent female celebrities like Kareena Kapoor, Madhuri Dixit-Nene, and Priyanka Chopra endorsing girl education as part of the international #IAmGirlRising campaign.

It is about time India promotes conversations surrounding women and girls’ rights to life, dignity, good health, and education. Thanks to the Government of India’s “Beti Bachao, Beti Padhao” campaign, protecting and educating the girl child are priorities now receiving a due platform.

Prime Minister Narendra Modi officially launched “Beti Bachao, Beti Padhao” on January 22 this year in Panipat, Haryana. It was after garnering suggestions from the Indian citizenry on the MyGov.in portal as part of his International Day of the Girl Child celebrations on October 11, 2014. This joint initiative of the Ministry of Women and Child Development, the Ministry of Health and Family Welfare, and the Ministry of Human Resource Development was primarily coordinated to empower the girl child—making her socially and financially independent through access to education—in response to India’s decline in the Child Sex Ratio (CSR). This translates to the number of girls per every 1,000 boys between zero to six years of age.

This decline in India’s CSR is, no doubt, a dark and dangerous red flag of women disempowerment. Causes are often manifested through pre-birth gender-biased sex selection (i.e. female infanticide) and intentional, heinous crimes post-birth, including nutrition deprivation, forced labor, child marriage, sexual abuse, sex trafficking, and honor killings of the girl child. When the girl child is stigmatized to be a “liability,” the boy child is lauded to provide economic advantages to the family, in terms of assisting and inheriting the business, as well as illegally obtaining dowry in some cases. Due to bribery, such as for the misuse of medical diagnostic tools, corruption amongst civil officials, and a general lack of policing efforts, these acts of discrimination are simply easy to commit, are affordable, and, therefore, have become typical. 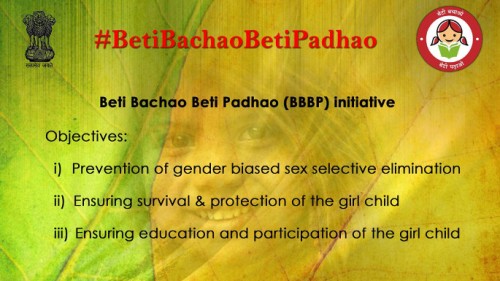 While well-intentioned, “Beti Bachao, Beti Padhao” has acquired a few strong criticisms, with the underlying argument that simply allotting funding is insufficient for programmatic success. Dr. Sabu George, one of India’s frontrunners against female infanticide, has said, “We need to have a strong law meant to punish those engaged in the practice of sex determination and sex-selective abortion.” Referencing the Pre-Conception and Pre-Natal Diagnostic Techniques Act (PCPNDT), he added that “the government has to ensure that they talk tough so that doctors do not indulge in this malpractice.” According to social activist Subhash Mendhapurkar of the Society for Social Uplift, there must first be change at the grassroots level, starting from the gram panchayat to working with community members to alter attitudes and superstitions hindering gender equality.

Despite these disapprovals, “Beti Bachao, Beti Padhao” has already incited significant dialogue and involvement amongst multi-sector stakeholders, celebrities, media partners, and concerned citizens. This, in itself, is a great victory. Criticisms are bound to continue and only time will tell how much progress will be made. The main message, however, is that we must all do our part to understand and work towards the end goal: to teach, secure, and eventually uplift the girl child.