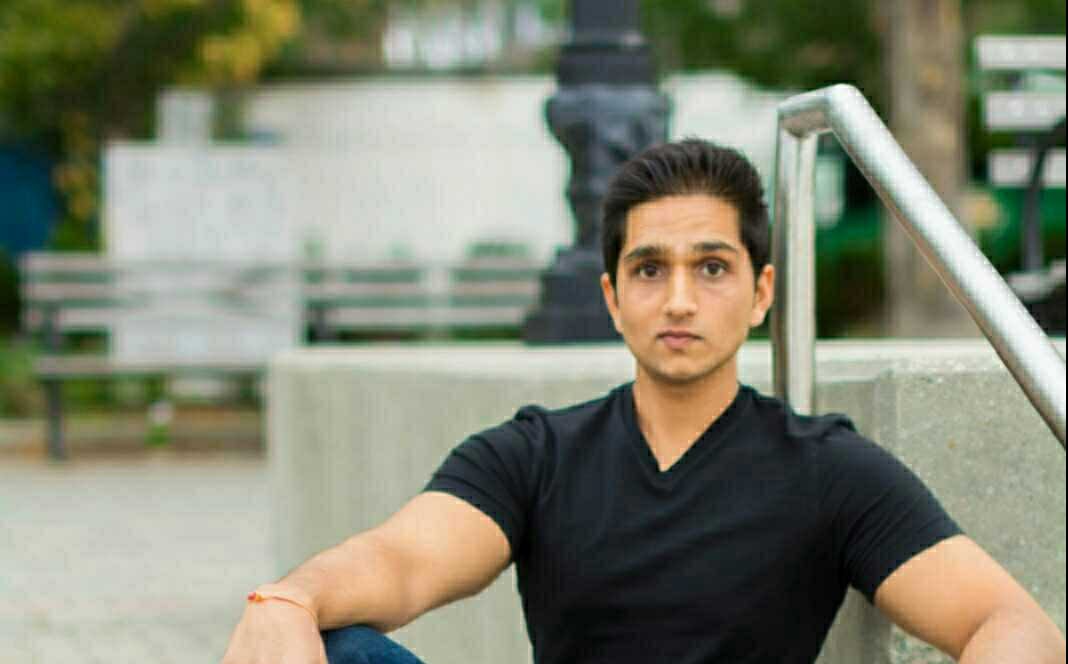 BGM had the privilege of interviewing up-and-coming actor Neil Desai. We talk about his work, the entertainment industry, and the future of South-Asian Americans in media. Check out Desai’s work and read on to hear about his fascinating experiences in our latest Fast Five.

1. Give us the run-down, tell us a little about yourself and your background.

“I’m 27 years old. I grew up in a small town in North Jersey. Right now, I live in the town right next to that town, literally, so pretty much I’ve never really been out of the area, but I’ve made it a point in the past year to try and explore as much of the world as I can. One day I hope to have seen the world and have stories to tell. I have a degree in engineering from–you guessed it–a college in North Jersey. If I could go back knowing what I know now, I would definitely have put a big emphasis on my pursuit of acting. At the same time, I’m definitely blessed to have gotten my degree and to right now be working a full-time job in product development for a big toy company. My friends think I work in Santa’s workshop.”

2. What made you pursue a career in acting? How long have you been acting?

Acting–and performing in general–was something I’ve always been interested in since I was young. It started with dance classes and dance performances at Indian functions. Eventually, it grew to hosting college events and doing little skits. I’ve always enjoyed being able to entertain a crowd and act out a different character, whether it be in front of an audience of strangers or just with a group of friends. In the Indian community, you’re always told you have to grow up and be a doctor or engineer so I never fully pursued my passion for acting. Growing up and being raised by a single mother, I felt that I had to support her and my younger brother. So, I did as a ‘good Indian boy’ and got a degree in engineering. Acting became a fantasy and something I’d daydream about. I’d watch movies and think to myself, ‘how could I portray that character?’ I’d even tell my mom that one day I’ll act.

One day I was on my way to work and reading a magazine interview with the featured cast of ‘This Is The End.’ They were talking about their creative process, how they bring each of their characters to life, what goes on in their minds when prepping for roles, and what they want the audience to learn from the movie as a whole. Reading that article really got to me and triggered something in me that was basically like ‘Neil, you can’t spend your life saying ‘what if’ to yourself. If it’s something you really want, you have to go out there and make it happen. Worst case scenario: it doesn’t work out but at least you tried to pursue your dreams.’  That same day I started doing research on how to get into the industry. I eventually started taking classes, going to seminars, workshops, and talking to different people in the industry. It was one of the best decisions I’ve made.” 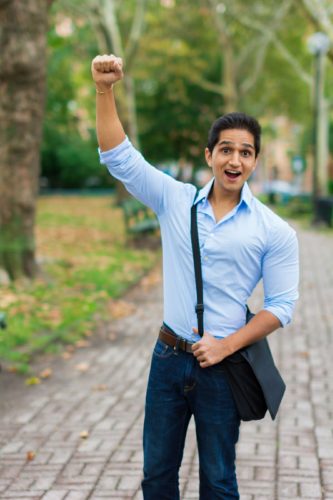 3. What was your favorite film project?

“I’d have to say my favorite project I worked on so far would probably be this NYU student pilot called ‘Fake.’ The story follows a father former criminal counterfeiter and his daughter as they get pulled back into counterfeiting. My character was one of the two loan shark criminals who is working to get back their money from the father. It wasn’t a big name project and it wasn’t a huge role, but it was one of the first roles I landed. And I got to experience the whole filmmaking process.

NYU has one of the most well-funded arts programs in New York City, so working on this project felt like we were on an actual feature project. They had a whole crew from director to AD to makeup to contact personnel and all the equipment (high-end cameras, lighting fixtures, grip, dolly)–and even a craft service table, which is always nice. It was basically the whole nine yards,” he continued. “Early on in your career, you don’t expect to be working on something like that. It was amazing to see how it all worked and came together to turn this vision into a motion picture. The cast and crew were amazing and I learned a lot from working on that project.”

4. What does diversity in film and #oscarssowhite mean to you?

“In this growing world of ours, we all need to continue to break down the walls we put up. I mean that in all aspects, not just in the film industry. Already there are so many mixed races, multi-ethnic people, and their numbers are will keep growing” Desai said. “That’s the future. The film industry can definitely help shape that future as it consumes the minds of so many people. We don’t  notice that most films have primarily Caucasian casts or lead casts because that’s what we’re used to–that shouldn’t be the case.

At the same time, I do think that it’s improving. Take, for example, ‘The Night Of.’ Somebody said ‘hey, I want to create this series based around a Pakistani character.’ It wasn’t a supporting role around a Caucasian lead,” he said. “Sure, it was a stereotype role where his father is a cab driver–but that lends itself to the story and he was the main character–that’s amazing. The more that kind of stuff happens, the better opportunities it creates for actors/actresses and the storytellers.

So many times I see breakdowns that are specifically looking for Caucasian actors. Unless the character description is clearly Caucasian and that’s what the role is built around, I don’t let it stop me from submitting for it. We have to put ourselves out there and help break down those barriers.” 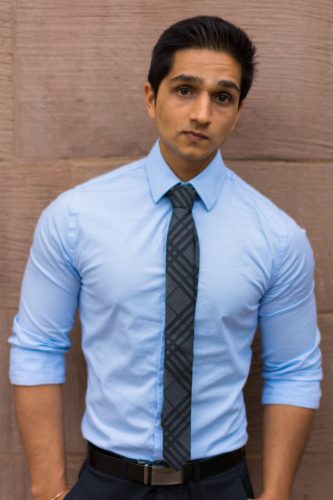 5. Where do you see your film career in 10 years? Can we expect to see the next Riz Ahmed?

“Hopefully, in 10 years, someone is asking another rising talent if they can expect to be the next Neil Desai. I always say that if I can make it as an actor, don’t need to work other jobs, and can support my family, I’d consider myself successful,” Desai concluded. “Of course winning a couple Oscars along the way would be nice. Dev Patel, Riz Ahmed, and Mindy Kaling are three actors in the South Asian community who I think did it very well. Hopefully, I can do what they did. I know it’s a tough journey ahead but I’ll work as hard as I can. This is what I enjoy. To me, life is about being good and being happy with what you do every day.”

Check out Neil’s Instagram and Facebook to see what he’s up to and learn about his next film project!