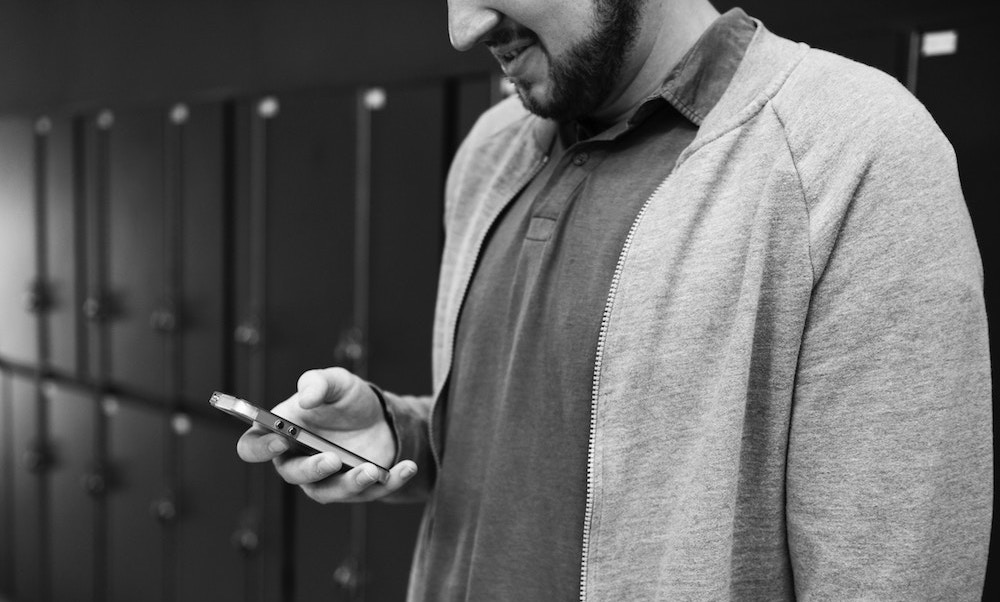 A few months ago, my relatives from around the country flew in to attend my cousin’s wedding. One afternoon before the wedding, as I was catching up with my relatives and my parents, my aunt asked:

“Now that you’re settled with work, when are you going to get married?”

Here it was—the inevitable question every single, South Asian adult is posed with—often. I took a moment to collect my thoughts, figuring out the most shrewd way to deflect her question.

“Soon, Aunty. I’ve been looking, you know, and trying to find the right person.”

My aunt looked at me and said, “Listen, I know some girls that would be great for you!”

“Aunty, it’s okay, I’ll be fine. Soon enough it will happen,” I replied.

I didn’t need my aunt to put me in touch with other singles because it’s 2018, and dating apps abound. I was already putting myself out there, determined to find a partner on my own terms.

A Shift in Societal Attitudes

Online dating, once assumed to be a “last resort” attempt at finding love, is now extremely common among all age groups. A recent survey estimates 40 percent of Americans use online dating services. A majority of those using online dating platforms are between the ages of 18 to 35.

And unlike its early days, when it was more of a vehicle for casual flings, online dating today is a very real way to find a life partner. In 2015, 20 percent of people surveyed who were in committed relationships said they began online, with 7 percent of couples who got married that year having met online.

As a South Asian, online dating isn’t too far of a leap from what people in this community know so well as the biodata. You could argue that the biodata has simply gone digital. Whereas parents and relatives once circulated a paper copy of your biodata—essentially a profile detailing your age, career, location, and hobbies—we can do this ourselves online and through apps, comfortably vetting potential interests at a glance.

Even as it’s lost much of its stigma with society, online dating hasn’t made finding love any more natural because there’s no rulebook on online dating.

Dating in itself can sometimes feel like an unpaid internship, in which you hope your hard work and labor will lead to a long-term position. It’s unclear where the opportunity lead (if anywhere), but you’re in it for the ride, just hoping to gain valuable experience to make your next relationship better if this doesn’t work out.

What’s worse is here’s no clarity about what “dating,” actually means. For some, it’s a long-term relationship, for others it’s not, and for others, yet, it’s somewhere in between. Technology has blurred these lines and definitions even further, with each new advent disrupting our current conventions and introducing new consequences. (Who would’ve thought there was so much meaning in swiping?!) But, when the logistics of meeting someone couldn’t be any easier, why is online dating still so hard?

The Psychology Behind Online Dating Fatigue

In 2004, American Psychologist Dr. Barry Schwartz describes the Paradox of Choice, which argues that too many choices harm human decision making.

As our options increase, we’re more fatigued by them, not liberated. Like when you go to a restaurant where there are so many menu items that you wonder if you should have ordered something else, even if the dish you had was great. That, in a nutshell, is the paradox of choice.

[READ RELATED: Men Have Body Image Issues, Too: This is My Naked Truth]

Research has shown that when we become cognitively overwhelmed, we start to become more careless and neglectful when evaluating our options. This overwhelming feeling is a possible explanation for why, as time goes on, it seems that our matches are less compatible, and conversations fizzle out before a date is ever initiated.

Think about it: If the first date is lackluster, many won’t even bother with a second. We’re too quick to ghost and move onto the next option. After all, with so many other options to choose from, we ultimately spend a little time on a lot of people. We develop an escalation of expectation because we do so much work evaluating our choices, so when the decision we make doesn’t live up to how we imagined it, we’re disappointed.

As a result, we’ve psyched ourselves out of ever “settling” for anything but the absolute best, but at the cost of disposing people and becoming disposable ourselves.

When I found myself single in the era of online dating apps, it seemed like the best way to meet people amidst my busy schedule. I created multiple profiles on all the major apps. At first, it was exciting to see that I had a new match. There was a sense of enthusiasm at the possibilities. I was able to expand my romantic horizons outside of my current social circles and local region.

Over time, some dates led to more, while others were dead ends. As the novelty of the apps started to wear off, I became less motivated to message matches, felt less invested in my conversations, and I grew more likely to cancel dates than before.

With online dating, I felt I had to put myself out there again and again—like no matter how much work I put in, I was still left with nothing. The longer I was on the app, the more apathetic I became. I asked myself, should I quit using the apps if it makes me unhappy or continue swiping in hopes that one day I’ll find my person? Nonetheless, I continued to swipe on, hoping that the tides would turn in my favor.

The Collective Frustration of Cyber Romance

Recently, I met up with a few of my guy friends from college to catch up. They were single and had active profiles on many of the major dating platforms. In sharing my frustrations with the process, I learned I wasn’t alone.

One friend admitted when he initiated a conversation online, he often got no response. Others described how the conversations lacked substance and became draining. They all had a story about a date that went seemingly well, but a lack of adequate communication would lead them to be ghosted for no reason.

My female South Asian friends don’t have much better to share. Many of my friends said that a lot of men would seem confident over the phone, but in person, that chemistry never translated. One friend described how a match was dating both her and her cousin, even after he figured out that both girls were related.

And every girl had harrowing tales of receiving inappropriate, sometimes harassing, messages.

[READ RELATED: 5 Warning Signs You’re Getting Strung Along By a Player]

“Honestly, it’s stressful to put yourself out there. It’s worse when you put yourself out there and have guys attempt to body-shame or slut-shame you for no reason,” one friend told me. “We get harassed going to work, or when we go out, and at other random places, and now not even being online is safe.”

Another one told me this story:

“One guy I was messaging recently wanted to play Truth or Dare. He insisted that it was his way of getting to know me better, I shouldn’t have been that naive, but I played. It was fine at first, but after a few questions he started asking me about my favorite sex position and asked even more disgusting questions.

“Online dating makes me feel like it’s a game for men. Like because you’re behind a screen, you can say whatever you want? A lot of the people I match with online are not gentlemen at all.”

Although harassment in any form is never OK, online or otherwise, it’s arguable that online dating creates an environment with loose rules of social conduct, making it all that much easier for creeps to thrive, unfortunately.

Whatever the case, problems with communication seem to be the common thread between men and women. My female friends complained about guys they were seeing leading them to believe they wanted a relationship, when, in reality, they wanted a casual hook-up. Many of the guys, on the other hand, felt that there was a lot of pressure to either label the relationship or be exclusive in the early stages, sometimes souring the relationship altogether.

I certainly won’t argue that dating apps are the only way to find everlasting love in our modern era or that using apps will always be a pleasant experience. Online dating apps have delivered on their promise which is to pair you up with eligible singles quickly and easily.

What we (and aunties) have to remember is that using an online dating service doesn’t lessen the time it takes to build a relationship. Dating has always been difficult because human beings are complicated. Evaluating someone’s potential as a life partner over the course of one date or over a few text messages isn’t enough. In dating, getting to know someone is a process that requires persistence, patience, and communication. Technology might match us to our soulmate, but it cannot change the way we fall in love.

As for myself, rather than spending my free moments swiping and searching for the next best match, I’ve decided to be more mindful of how I use online dating apps. So, until the right person comes around, I’m sure my aunt would be happy to know that I’m still here actively looking with my digital biodata.