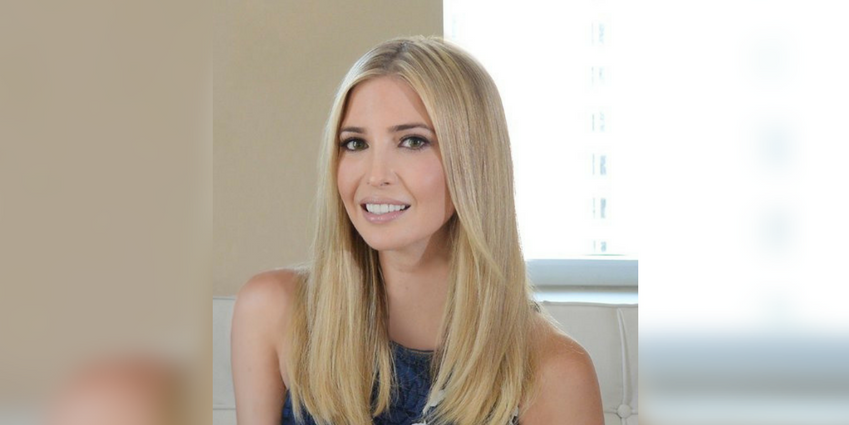 In the 10 years I have lived in New York City, many of my life’s greatest adventures began in Columbus Circle – it’s where I lived when I first moved to Manhattan, where my husband proposed to me and where I used to sample free hot chocolate from Williams-Sonoma during Winter’s Eve at Lincoln Square nights.

But now, every time the train pulls into the 59th Street stop, I feel disappointment.

However, to clarify, I am not angry with Donald Trump. I am just disappointed in you.

I came to greatly respect you after your eloquent speech at the Republican National Convention. You and your life inspired me. You were the type of New Yorker I aspired to be; you lived a full, happy life, filled with beautiful children, a seemingly equal partner in your husband, a thriving career, a healthy body. When you powerfully talked about paid maternity leave and child care, I set aside the fact that our president-elect objectifies women, including candidates for office, and his ideal child rearing situation is one in which the man’s role is minimal, since basic chores like changing diapers are just “acting like the wife.”

I do not blame women for the sins of the men in their lives. You cannot and should not be responsible for your father’s behavior. And I actually appreciate your silence and semblance of family unity; disagreements I have with my family I also keep at home. I further do not blame you for enjoying the benefits of your privilege. I am always underwhelmed by stories of oft-contrived financial struggles and by the token diverse faces in political media campaigns; you own your privilege, and your Instagram feed is comfortably unapologetically homogenous.

However, you are not just your father’s daughter. You are not just a social media presence. You are not just another wealthy Manhattanite. You are, in your own right, our president-elect’s most trusted advisor. You have wielded unparalleled influence in this campaign and brazenly continue to assert your presence in matters of diplomacy and policy. You do not even feign distance from his presidency; you certainly will hold one of the most important positions in our White House, albeit “informally,” and thus should be subject to as much scrutiny as the former First Lady who almost became our President.

I had especially liked you because I thought we were similar. I thought we shared many of the same personal and career goals, and as a fellow New Yorker, woman, wife, college graduate, I appreciated your educated and ostensibly progressive presence as a saving grace in a hateful presidency. However, in the last few months, I’ve come to realize that your vision of a progressive future does not include me. In fact, it almost deliberately excludes people like me.

I understand the time for remorse has gone. Donald will be our president for the next four years, and you will be governing at the helm.

Moving forward, I ask you to fulfill your promises about childcare and maternity leave. I ask that you understand that a truly feminist agenda requires comprehensive childcare, which encompasses not only maternity leave but also paternity leave, not to mention leave for adoptive parents. I ask that you remember women in the workforce can be old, poor, immigrants or can be gay.

I ask that you use this opportunity to make change for all women, not just your type of women. And then maybe I will begin to feel pride every time my train stops at 59th Street.