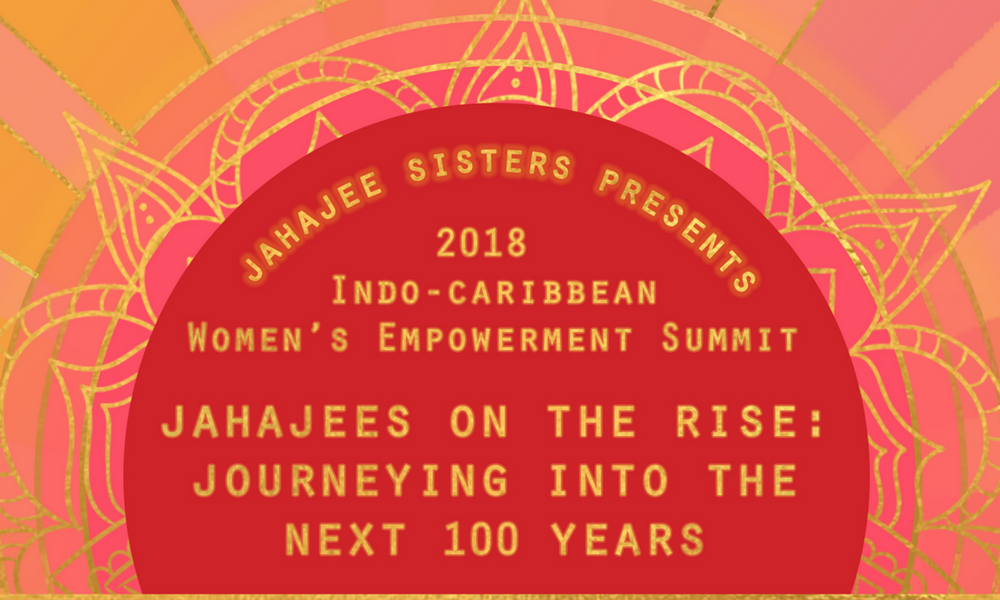 What if Stacy Singh lived?

What if all women who died at the hands of their partners lived?

How would our community thrive if they did?

These questions rest at the helm of the Jahajee Sisters annual event on May 5-6, Jahajees on the Rise: Journeying into the Next 100 Years. The Jahajee Sisters organization is a well-known grass-roots group led by Indo-Caribbean women, committed to creating change and equitable opportunities for women.

On March 31, 2007, the sisters hosted their first summit in response to the murder of Natasha Ramen, an Indo-Caribbean woman who was raped and slashed to death by her attacker. In the same year, Guiatree Hardat’s life was also violently taken after her fiancé shot her in the head.

Domestic violence and sexual assault are common in the Indo-Caribbean community, but talking about these atrocities is a taboo usually met with shame. This is where the sisters’ work truly begins with a unified effort to engage, inform and spark conversations within the community about sexual harassment and domestic violence.

This year’s summit, in contrast to previous iterations of the event, will feature a creative, multidisciplinary theater production reimagining the story of Stacy Singh, an Indo-Caribbean woman who was murdered by the hands of her husband. 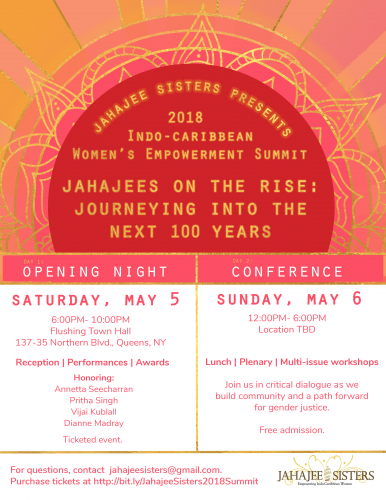 Taij Moteelall, who is part of the Jahajee Sister’s steering committee, said that the ticketed portion of the summit held at Flushing Town Hall in Queens, NY, is “an invitation for our community to commit to change.”

Reimagining Stacy Singh’s life is a powerful tool to assist the community in reflecting on the events of the attack and subsequent trauma through art. The purpose of the re-imagination is meant to show the community a world in which women are survivors. We hold the power in our hands to steer change, but we have yet to envision this power, a notion the production will hit upon through music, dance, impactful and purposeful dialogue, and a union between ancestors and the next generation as they uplift, empower and recharge participants.

The reception will also honor Annetta Seecharran, executive director of Chhaya CDC, Pritha Singh, founder of the Rajkumari Cultural Center, Vijai Kublall, founder of the Jahajee Sisters and Dianne Madray, founder of Let the Women Speak. These women have each spearheaded initiatives that help women rise through the arts, education and dialogue.

The next day of the summit is free to attend and will be held at the Ozone Park Jewish Center in Queens, where for the first time, the organization will open doors to the entire Indo-Caribbean community.

In the past, the summit was explicitly for Indo-Caribbean women, and the reason for this change according to Moteelall was because “men have to do their work, they have to be a part of the conversation in ending gender-based violence.”

The conference will begin with a panel that will resemble a town hall where people from the community can voice their concerns and ask questions. The afternoon session will follow with workshops, each discussion will be facilitated in collaboration with other organizations like Blue Star Center of NY, Caribbean Equality Project, Chhaya CDC, DRUM, Indo-Caribbean Alliance, Let the Women Speak, Sadhana: Coalition of Progressive Hindus, Sakhi for South Asian Women and Womankind.

“You get to be a part of a movement,” Moteelall added. “You can be part of a world where everyone thrives.”