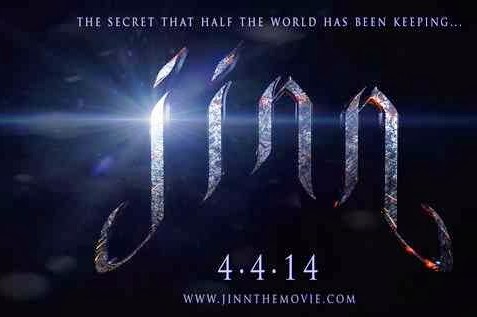 I remember visiting my parents’ old village in India and seeing houses that were locked up and deserted. We were forbidden to enter because of rumors of the presence of jinn. This Friday, director and write Ajmal Zaheer Ahmad, brings these unseen beings many of us grew up hearing about to life, in the film “Jinn.”

Growing up, Ahmad remembers his mom convincing him to eat his vegetables, by saying the jinn would get him if he didn’t finish them.

“That scared the heck out me when I was nine, but I remember thinking, how come no one has made a movie on jinn?” Ahmad says.

This question has remained with him since he was a kid and led to the inspiration behind this movie.

“Jinn” revolves around a newlywed young man who ignores cryptic messages of a curse that has followed his family for generations. He doesn’t believe in the curse until strange things start to happen, and he is forced to turn to strangers, who claim to have the answers, for help in order to save his life.

Although there are plenty of horror movies revolving around the supernatural and evil spirits, Ahmad says that “Jinn” is different because it centers around this concept of jinn that is unfamiliar in the West. Ahmad and his team did extensive research to create an authentic story that adhered to old beliefs and presented the idea in a new way. They collected stories from people of different cultural, national, and religious backgrounds, and studied texts to learn as much as possible about jinn. These stories are what makes “Jinn” unique from other supernatural movies.

Ahmad hopes that the film will start new dialogue in film making and entertainment in America, especially for the South Asian demographic.

“I want audiences, of course to be entertained, but there is a deeper hope as well, especially for ‘brown’ people,” Ahmad says. “We hope, for the first time, they watch a movie made in America that doesn’t make the ‘brown’ character a 7-11 owner, nerd or terrorist. In fact, it makes the brown guy a hero.”

You can catch “Jinn” in theaters nationwide and in Canada, this Friday on April 4!

For more information on the film, visit: www.jinnthemovie.com