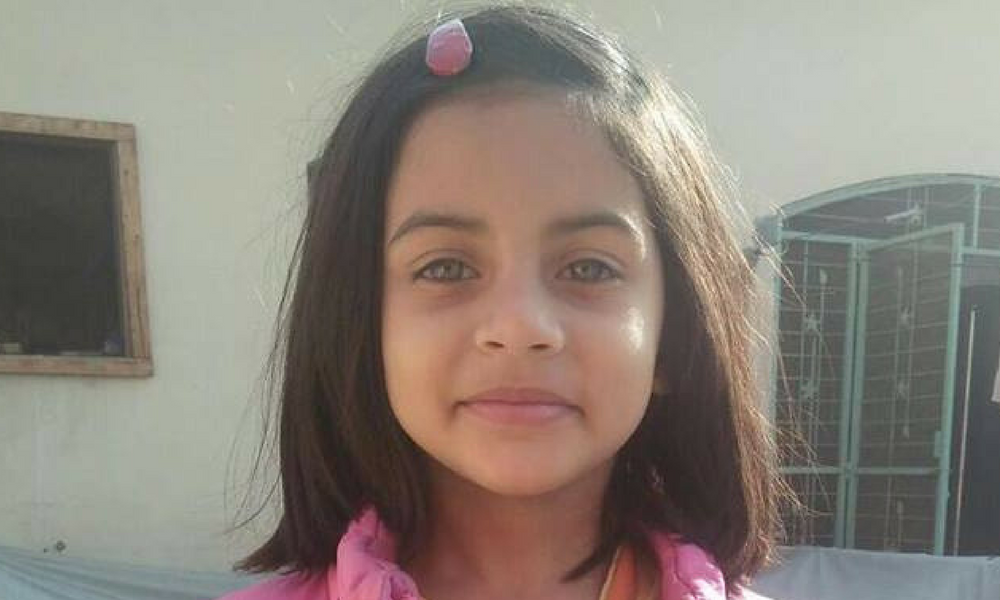 A pink coat covering a brightly-patterned shirt. A pink barrette highlighting her shoulder-length hair. Zainab’s innocence shines through the now-famous photo, a painful reminder that she deserved far more.

Two days ago, Pakistani authorities found Zainab’s (last name undisclosed) body dumped in a pile of trash a mile away from her home in Kasur, Punjab. Initial autopsy reports reveal she was raped multiple times and strangled. At the time her body was discovered, she had already been dead for four to five days.

According to relatives, whom Zainab was staying with while her parents were on a pilgrimage, she left home for a Quran recital last Thursday. She never made it back. Since then, the only evidence come to light is CCTV footage of Zainab walking hand-in-hand with an older male, whom Punjab police have yet to identify.

The brutal murder of this young girl has set off enormous cries for justice worldwide. Protests in Pakistan have occurred in Kasur, resulting in two deaths so far. From Malala Yousafzai to Mahira Khan, prominent figures in Pakistan have spoken up against the atrocity.

Sadly, Zainab is not the first child to meet this fate in her area. More than 700 such cases have been reported from Kasur alone in the last year. Before that, there was the Kasur child abuse sex scandal—a number of sexual abuse cases that occurred in Kasur from 2006 to 2014. In this scandal, a well-known family was discovered to have been forcing children to perform sex acts on video, blackmailing their families with the footage afterward.

As of this morning, an arrest has yet to be made in Zainab’s case. The hashtag #JusticeforZainab has garnered worldwide attention in a movement designed to stop these horrific acts from occurring. Yet despite this, many have blamed the parents, diverting from the issue at hand and contributing to a toxic and damaging rape culture.

Pakistan’s Punjab Law Minister, Rana Sanaulla, stated it was a parent’s job to keep their kids safe. In a now-deleted Instagram story, public figure Kainat Ali Khan claimed that there are “parents out here forgetting about their children on holiday or getting their religion a bit confused with their kids.”

Rape culture is defined as “a society or environment whose prevailing social attitudes have the effect of normalizing or trivializing sexual assault and abuse.” By placing the blame on factors external to the assault, individuals are failing to address the problem at hand and preventing access to solutions. The only one who deserves blame is the man who did this – and all who do such atrocious acts.

More and more, sex education has been linked to preventing sexual violence. Yet such is hard to come by in Pakistan, a country where 96 percent of the population practices Islam. Islam values modesty, and discussions on sex are often seen as anything but.

Instead, parts of society play the blame game. How could her parents leave her? Why wasn’t the incident reported earlier? Why did she go off with a strange man?

It’s far past time we hold perpetrators accountable for their actions. In the U.S. last year, it was #MeToo that sparked an international movement to end sexual assault and harassment. As we grieve, we also hope that #JusticeforZainab ignites a similar passion for Pakistan and the world to have zero tolerance for sexual abuse.