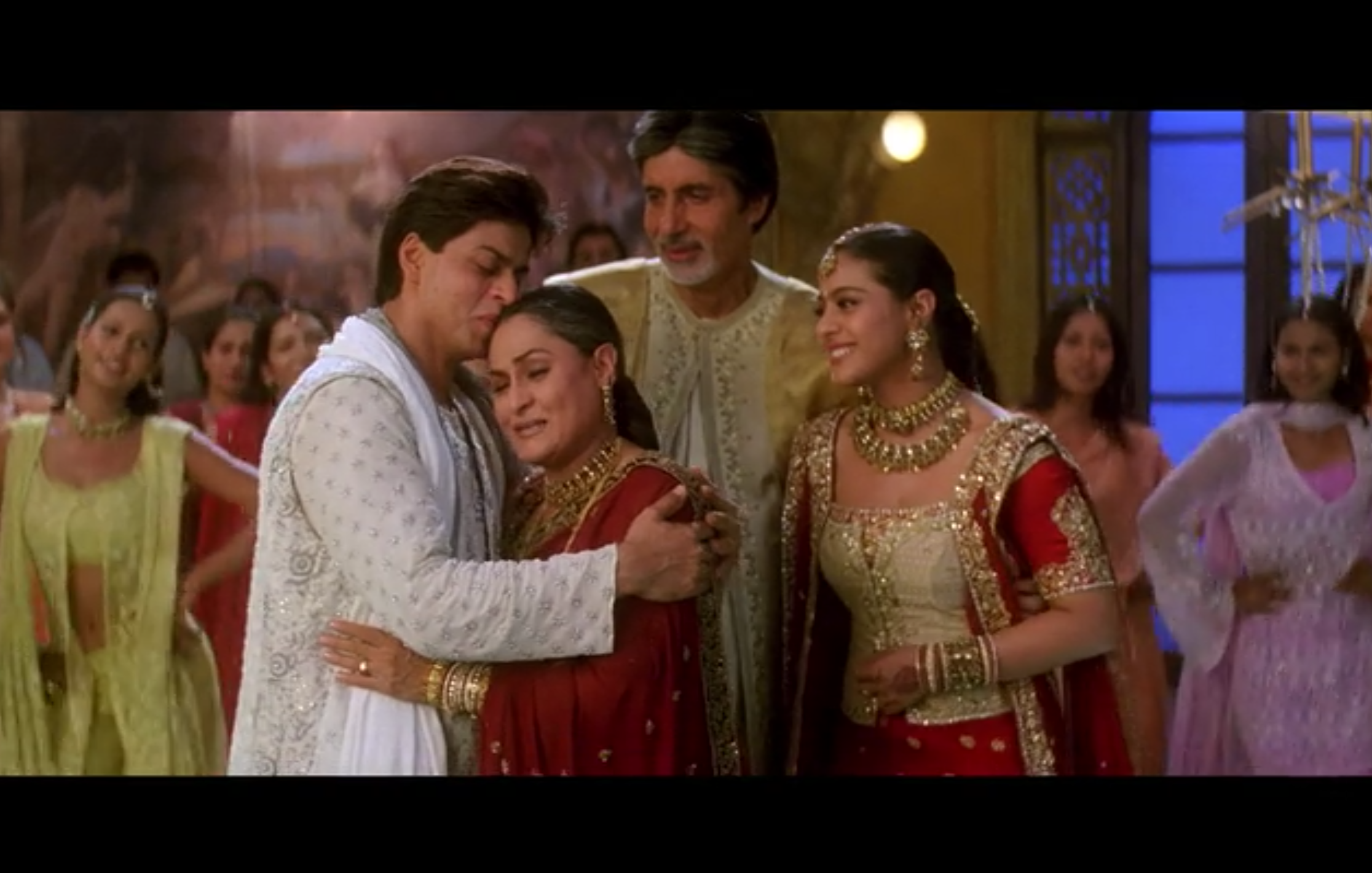 “Kabhi Khushie Kabhi Gham” is one of the most iconic movies in Bollywood history. Over the past 15 years, our love for this movie has only grown. It’s still our “go to” movie, the songs are still classics, and some of their dialogue is still repeated all the time. There are so many reasons why we fell in love with K3G.

With the film celebrating its 15th anniversary, we should give it credit where credit is due, but maybe we can also offer a little critique (in the most loving way possible, of course!).

There was not one bad song in this movie. This is one of the few Bollywood movies where each song was a hit, in it’s own regard. Each song was different and even though all weren’t dance numbers, the songs are still enjoyed today.

This movie was truly star-studded. The reuniting of our favorite trio (Rani Mukherjee, Kajol, and Shah Rukh Khan) gave us all the feels. The addition of Hrithik Roshan and Kareena Kapoor was definitely a bonus. And of course, the legendary couple, Mr. and Mrs. Bachchan, completely made this movie.

Even though it might seem like a typical story of a parent’s disapproval, the way in which the storyline is presented is extremely unique. Flashbacks are not uncommon in Bollywood but the telling of the story through the two grandmothers simply adds to the family dynamic.

However, there were some societal issues that were represented in the movie. There have been many changes in society over the last 15 years. Some will say these changes have been gradual, while others argue that these problems still exist but we are simply more conscious of the issues.

Throughout the movie, it is clear that the decisions of the family have been made by the father (Amithabh Bachchan). Even though these decisions affect his entire family and in many instances his wife disagrees, it is not until the end that she questions his decisions. The interesting aspect of the family dynamic in this movie is that there are no male elders. Both grandmothers appear to be widows and even though they, too, want to question the decisions made by their son, they ultimately don’t.

Even in the relationship between Rahul (Khan) and Anjali (Kajol), it is clear that Rahul makes the major decisions of the family. When Anjali questions Rahul’s decision to not rekindle his relationship with his parents, he simply dismisses her. We also note similar double standards as Poo (Kapoor) enters college in England. Her brother-in-law questions her outfit choices and her sexuality is a primary focus in the film.

The typical love story of a parent’s disapproval of a love marriage based on differences within social classes. Rahul falls in love with Anjali. Rahul, the eldest son of a very wealthy family is disowned from his family after he runs off and marries Anjali. For many years, this was a common theme in Bollywood but over the years the issue of inter-marriages between social classes has become more controversial. More recent movies have stressed the importance of making one’s own choices as well as falling in love and truly getting to know one’s partner.

[Read Related: The Indian Diaspora Through The Eyes Of Bollywood]

Despite the societal issues we might have with this movie, and even though we might disagree with some of the fashion choices (Poo’s wardrobe would need a huge upgrade nowadays), it is still a classic. This movie will go down in history as one of the greatest movies in Bollywood.