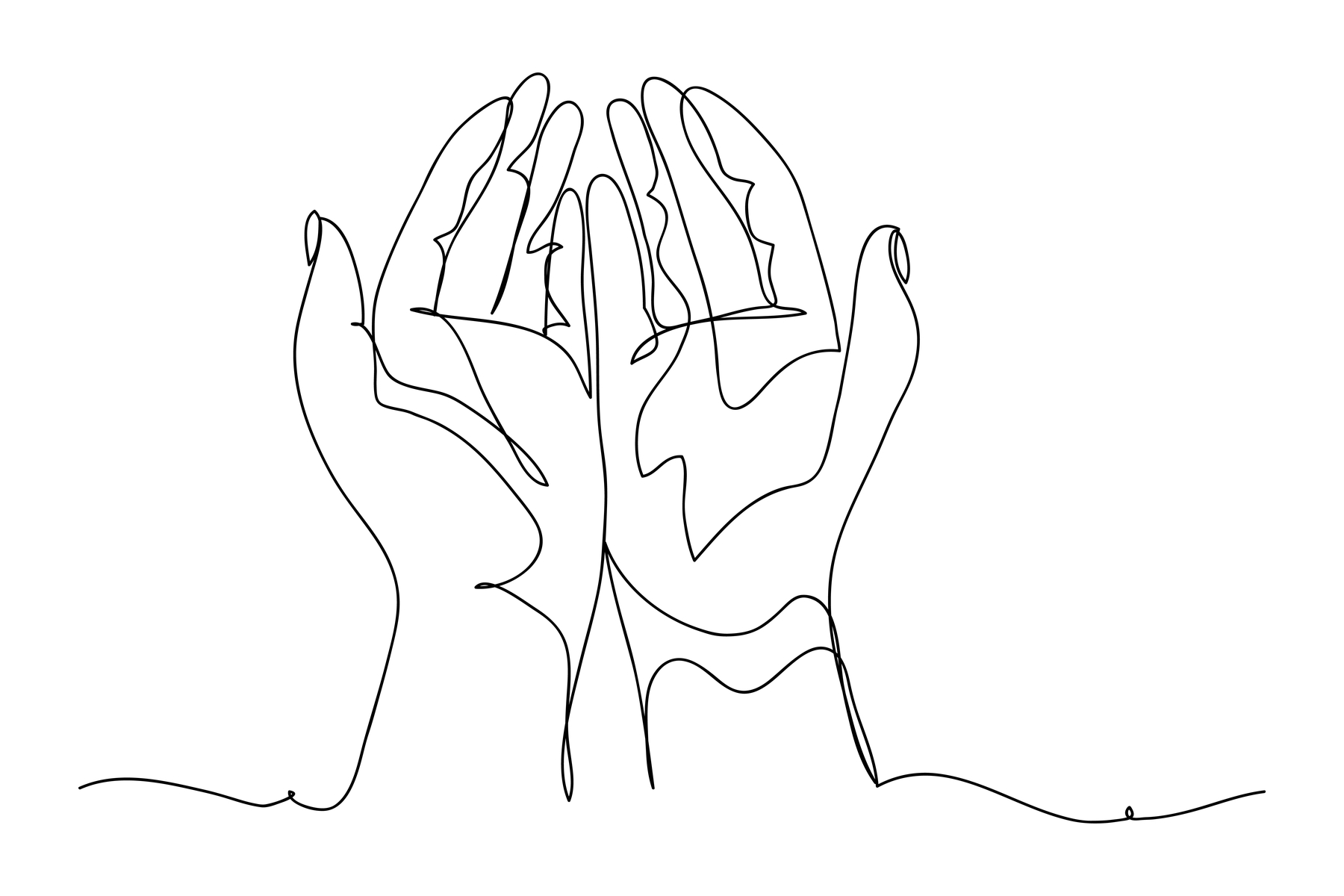 Kafir means infidel, heathen, a disbeliever. Encouragements to kill on sight are what my family members face for our “infidelity.”

For the last two centuries, it’s used to discredit the existence of Ahmadi-Muslims in what is now the Islamic Republic of Pakistan. Of late, the word has been popularized in online platforms and telecasting. It is used as a propaganda tool. By religious clerics, politicians, and everyday people to make sure that we, Ahmadis, know that we are indeed non-believers.

I do not let a word that carries enough weight to get to me. For we were taught by our mothers, our grandmothers, and their trauma, not to let such attacks belittle our existence and relationship with the sacred. However, once again, the word managed to make its way into the collective psyche of my family—courtesy of the rise of anti-Ahmadi narratives in Pakistan’s judiciary system and media. Recently, some rather close relatives have been plagued with such rhetoric, saying, “Alhamdulillah, I am a believer in the statement that Ahmadis are Kafir.”

Perhaps it would be less blunt if they managed to use the word “non-Muslim,” but Kafir? It was this past Ramadan that I realized how damaging a single name could be for an entire community. It makes one think of the ways the Ummah chooses to spend their time during the blessed month of self-reflection and seeking salvation—admittedly, I was unaware that deciding who is and is not a Muslim is among those practices.

It was the year 1974, under the presidency of Zulfiqar Ali Bhutto, the so-called socialist hero of Pakistan, that the Ahmadiyya community was officially declared non-Muslim. In ‘74, the Second Amendment to the Constitution that said as such, the same Constitution which was authored by none other, an Ahmadi himself, Muhammad Zafarullah Khan. I wonder how those who claim Ahmadis to be the traitors of Pakistan feel about him. A decade later, under the military dictatorship of Zia-ul-Haq, the Ordinance XX published. It prohibited us from self-identifying as Muslims. Meaning that Ahmadis cannot ‘pose’ ourselves as Muslims would. So, there is no saying, “Salam,” a greeting that means peace. Or, selling and buying Qur’ans. No having “Islamic” funerals, no reciting the azaan—the call to prayer, and no calling our mosques, mosques.

The violence against Ahmadis in Pakistan does not erect out of anywhere. This violence carries out in the name of religion and nationalism. It becomes more apparent when mullahs condole it. Hosts and politicians get talking time on your local news channels, encouraging Pakistanis to turn against the most marginalized members of their communities, shouting that Ahmadis are “Wajib–ul-qatl”—worthy of being murdered.

I never attended university in Pakistan. However, the idea of it becomes more unappealing when I hear about students and faculty accused of being traitors of the Islamic Republic. My solidarity extends to all those who have been affected by such accusations of blasphemy. People who continue to have their life threatened by the fanatics who call for the end of their lives. By the weak administration of their academic institutions, and their municipalities who continue to be lobbied by the extreme right-wing.

I did attend school in Lahore up until fifth grade. The closest encounter to degradation was when I took Ahmadiyya literature to share with my classmates. I faced remarks like, “you are not a real Muslim” and “why do you believe in non-Muslims?”

I quickly hid the books in my bag and never spoke about my identity again. I thought this was the most hostile encounter an Ahmadi child could face. But, back in February of this year, the tragic news of Tanzeel Ahmad Butt spread throughout our community. Tanzeel was an 11-year-old boy who was suffocated to death by his neighbors.

[Read More: Minorities and #MeToo: Including Women of Color in the Conversation]

Multiple relatives have shared their experiences on college campuses, and the harassment they faced, both physical and verbal. They say their teachers decided to fail them simply because they were Ahmadi. My cousin, younger than the age of 15, was in a Kareem when the driver pointed to an Ahmadi mosque and said, “it is even justifiable to murder the people who worship here.”

The entirety of the car ride was silent.

Trauma From the Past

In May 2010, we were at O’Hare Airport, getting ready to visit Pakistan after moving to the United States for the first time. My mother got a call from a relative telling us that a mosque in Lahore faced violent attacks. Tehrik-i-Taliban took the lives of 94 worshipers and injured more than 120. Out of those 94 individuals who were martyred by the Taliban, Shameem Sheikh was one. He and my dad were colleagues and had worked together in Lahore for more than ten years. And, my uncle was one of the 120 hostages who managed to escape. I was not emotionally mature enough to process all of this news. But, I remember seeing the smiles on my mother’s and aunt’s faces replaced with sorrow in Terminal 5 of the airport, and the entire flight home.

My uncle, who has asthma, was locked in the smoke and debris-filled basement of the mosque he had just offered Jummah in. He was soon able to escape, barefoot, trembling across those who faced gunshots in the name of Allah. With broken glass gouged under his feet, he ran to a nearby bank, from where he moved to Sheikh Zayed Hospital.

On my trip to Pakistan this past winter, I went to the cemetery where Pakistan’s first Nobel laureate, Abdus Salam, lays. The word “Muslim” was forcefully removed from his grave by officials of Pakistan’s government. The story says they attended Salam’s funeral and left with making an engravement on his tombstone. In the same graveyard, are buried those who faced massacres in the Ahmadiyya mosque attacks. Today marks the anniversary of this horrifying day.

The Aftermath of Near-Death & Towards Liberation

My maternal grandmother talks about her memories in cities throughout Pakistan. From Quetta to Rawalpindi, and from Rabwah to Lahore. “We used to fill our pipes with spices when living in Rabwah because the threat of extremist mobs from nearby cities was unpredictable.”

My grandfather worked out of Quetta; it was my grandmother’s sole responsibility to adhere to her matriarchal duties and be a shield for her seven children. I asked my grandmother how she felt when she discovered her son was held hostage by the Taliban. Frankly, it was hard for me to ask her to recall that day, for I did not want to open any unhealed wounds. One does not ask a mother what state her mind was when her only son almost confronted martyrdom.

My grandmother tells me she had assumed that her son continued his day as he would any other Friday, by going back to his office after Jummah prayers. It was only until her nephew had called her and told her to check the news. She was unable to speak at that moment and went into sadma—shock.

“I was so shaken after hearing about the condition of my son; I didn’t even have the stamina in me to recite prayers for his safety,” she said.

We are fortunate that her son, my moms’ brother, my uncle—is with us today because we know too many precious lives who became victims of a vile hate crime that day.

I read these words by Iftikhar Arif. They illustrate the current state of Ahmadis in Pakistan perfectly.

Meaning, “we put total faith into the Prophet, yet, we look at his followers with immense disgust.”

Amina Malik is an artist based in Illinois, and her art centers on community and spirituality. She works with archives and hopes to use those conservation skills to preserve the history of her own family both Pakistan and the United States. She is currently studying History at the University of Illinois at Urbana-Champaign.

The Healing Power of Diwali