Kolkata Through the Eyes of a Romantic 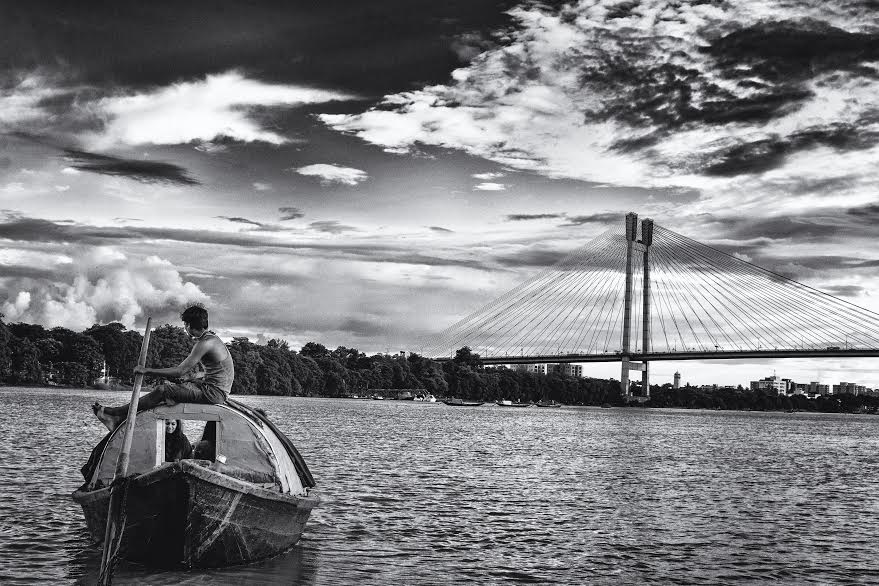 Listen, I’m Bengali. So, understandably, I’m biased. But I do have a bit more of a balanced perspective, because I grew up in Chennai, and have lived in the U.S. ever since I was 17 years old. I spent my summers in Kolkata, that’s about it. But still, something about that city charms me and draws me in like no other.

I remember sitting on my suitcase at the railway station or at the airport when my final exams were over, listening to my Walkman, immersed in a book, but brimming with the excitement of seeing my cousins, my aunts, and my uncles. Every moment I spent in transit in that city was on the way to a memorable experience. And for one reason or another, since I moved to the U.S., I’ve only been able to visit a couple of times. And yet, that visceral yearning I feel is very tangible and as strong as it ever was.

Then a few weeks ago, I came across this brilliant video posted by the Government of West Bengal, Department of Tourism.

More than 34,000 people have shared it on Facebook and more than a million have watched it, Bengalis and otherwise. And if you watch it too, you’ll know why. If you haven’t, don’t waste another second.

From inventing Rosogolla to creating Sandesh, Bengal’s glory for sweets is as old as the land itself. But sweetness is not restrained to just our palates. It finds its way into our language, culture and hospitality, leaving the overwhelmed traveller wanting for more. Our values are rooted in joy and a constant celebration of the Bengali spirit. That’s why we are the sweetest part of India. We are Bengal.

What you see in that video, that is everyone’s Kolkata, but in this poem, she is mine alone.

Turning over on a firm bed

Waking up to milky coffee and screaming crows.

Smelled of livestock and smoke.

With a sense of fleeting freedom.

The hustle and bustle is beginning

People talking louder than they need to,

The sound of a bicycle and its bell

Coming up the street

Accompanied by a loud, nasal cry:

A vendor pitching his wares,

Either hand towels or brooms.

His finger flicks constantly at the ringer

As he races down the steamy dusty road.

A cow ambles down, mooing calmly,

As the Istiri wala sets up shop

Fills his iron with coals, lays out fabrics to press.

A woman hangs against the railings of the balcony

Yelling for him to send his son to collect her clothes.

From and to every house in the neighborhood.

Wave as they crawl into autorickshaws and cars.

Just a little way down, a group of young upstarts

Smoke their cigarettes, sip on bottles of Coke,

Eyes following girls who walk by.

A plump naked toddler is seen on the terrace next door

Giggling and running from his harried mother

Who is pursuing him, sari tucked out of the way,

Carrying a bottle of body oil.

Cars and buses whiz by on that main road.

An old torn up plastic bag is carried along

With the whooshing of air.

At a rusty water pump.

Bubbling sticky rice is being cooked

Every couple of block corners

Spicy peanuts in a newspaper cone.

The concrete practically hisses and sizzles,

Crackling, releasing heat back towards

Each carrying a different story.

On a cool tile floor under a fan on high

Curled up with a pillow and a book

Dozing off after a heavy lunch.

Soon, the sun is ready to set

In all its orange-rose glory.

Cups of tea and cream biscuits

Shared with the family.

As the neighborhood children play,

Setting up a cricket pitch on the street.

People on balconies and terraces

Wind down, winding through

Saris and Salwars, among jeans and shirts

Hanging on lines, trying to dry

A whirlwind of a rainstorm.

Over almost as soon as it began.

She shakes out her long dark perfumed hair

Smiles as she greets the horizon

Spreads her aanchol over the earth

Singing a lullaby that filters through

The howling of stray dogs.

Sleep is deeper, dreams are sweeter.

A day spent in Kolkata

Is tantamount to a lifetime.

We Can’t Ignore The Plight of Indian Farmers Any Longer

A Letter from the #MeToo Movement

Reclaiming my Sexuality After Assault