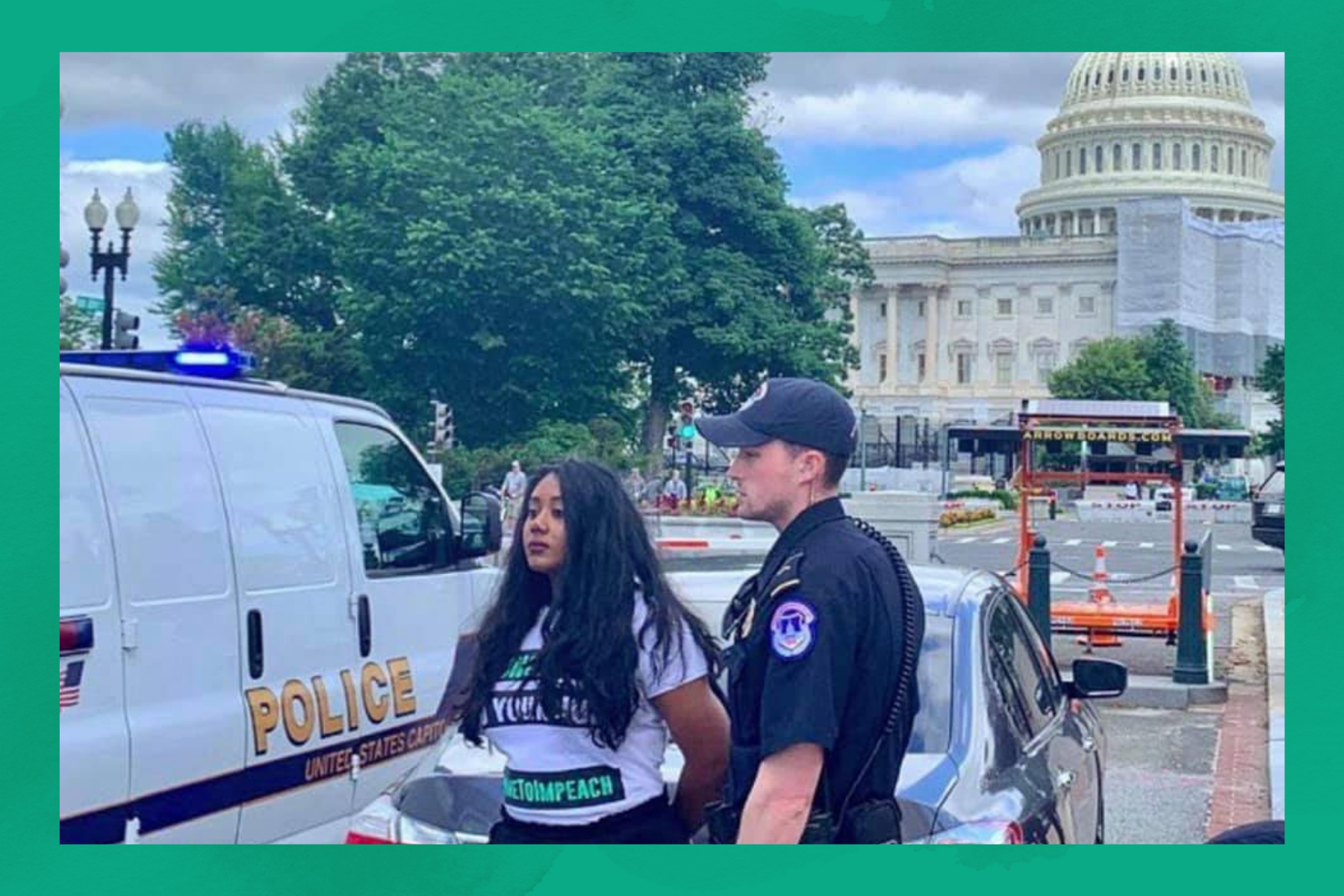 “My draw to the community and making sure we are kind to one another really comes from me being Guyanese far more than I am American. There is an individualism and certain politics in America. I’m resistant to that. So much of how I approach my work comes directly from my heritage. We make sure no one is left out. That people are fed. That aunties, uncles and cousins are together.”

Meet Latchmi Gopal, a first-generation Guyanese American community organizer and Bronx native running for New York’s City Council District 15 seat, vacated by Ritchie Torres who was elected to Congress in November 2020. Torres will become one of the first Black and openly gay men to serve in the House of Representatives. Gopal hopes to take his vacated seat, and if she wins she will become the first Guyanese-American and Indo-Caribbean elected to the City Council.

When Gopal initially broke the news to her parents that she was running for City Council, their reaction was two-fold. Like many Caribbean parents, Gopal’s parents envisioned her living an easier life than they had.

“This makes sense that she’s doing something ambitious and crazy! This isn’t going to be easy. You’re smart, capable and connected. You’re able to keep jobs. Do you have to do this?”

Her response: “I do have to do this. A big part of this is you. It’s us choosing to stay here (in the Bronx), and it’s what I want to see in the Bronx.”

Gopal knew that her run for office was disarming and entirely out of their comfort zone. Her parents would say, “we don’t know this world. We don’t know how to help you with this.” Gopal’s father had been a naturalized citizen for over 20 years but never felt inclined to vote. He and Gopal’s younger brother first voted in the 2020 presidential election.

“Part of it was Trump and seeing the danger of someone like this getting reelected. It also overlapped with the Guyana elections and witnessing an unjust election process. My brother would always talk about growing up in the ‘hood,’ staying in his lane, making money and providing for his family. He wasn’t interested in politics because it doesn’t work. You see it fail over and over. He’s now a registered voter and this feels tangible because the next time he’ll vote is for me.”

Gopal’s candidacy is pushing her brother to have conversations with young men in her neighborhood as well.

“It feels hopeful and doesn’t come from a cynical place. That cynicism comes from a lack of investment in the community,” she said.

Gopal went to Boston University and received a degree in Political Science and Public Health. She planned on attending law school and pursuing a legal career in civil rights after receiving her undergraduate degree. But, after accepting an internship with  “think-and-do” tank DEMOS, Gopal found herself exposed to what a career in liberation and advocacy would look like.

She put her all into advocacy for issues that promote DEMOS’ vision of building a movement for a “just, inclusive, multiracial democracy,” including the fight for a $15 minimum wage and reducing student debt. Unlike most prototypical think tanks, DEMOS is moving away from research and moving into local grassroots work.

This was Gopal’s calling. Realizing her true passion, Gopal decided against law school.

“Law school was me trying to satisfy an immigrant dream that my parents could talk to my aunties and uncles about. A small part of me never let the idea go. Maybe that’s because of my dual identity.”

After Trump’s 2016 election, she participated in her first protest through a woman of color coalition of organizations referred to as #GOPHandsOffMe, aimed at shutting down the former president’s real estate in response to the release of tapes featuring him making misogynistic remarks. Gopal realized that she wanted to translate what was happening on our nation’s streets to electoral strategy.

“I really wanted to learn from other women, especially as an intersectional feminist myself. This doesn’t only happen in the legal research space. 2016 was the first time I ever did a civil disobedience myself. I was arrested twice because I protested against someone running who was as dangerous and misogynistic as Trump.” 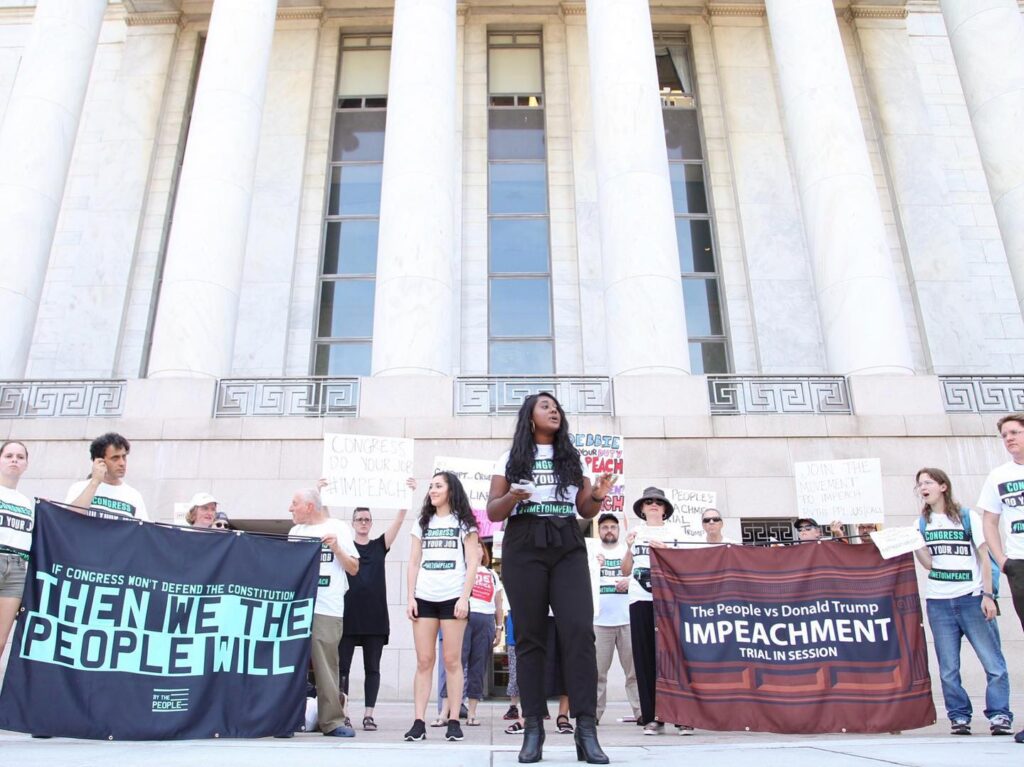 Gopal speaking at a protest. Photographed by Rachael Warriner.

Raised in the Bronx, where a large wave of Indo-Caribbeans migrated in the mid to late 1980s, Gopal identifies as “very much Guyanese.” She asked herself, ‘how do I keep myself happy but also ensure my success reflects my parents’  journey as immigrants in New York?’

“As daughters of immigrants, there is a heaviness on our shoulders that we have to not only do things for our own happiness, but our happiness is intertwined with our family’s happiness,” said Gopal.

Gopal’s parents arrived in New York City in the 1990s. Unlike many Indo-Caribbean immigrants, her parents didn’t arrive together. They met in America.

“That is a layer of my Guyanese American identity that is very different. My parents have a love marriage which is also different.”

Gopal is the first-born, first American-born and first college graduate in her family. As Gopal recalled her parents’ love story (they met in true Guyanese fashion at a family party), she indicated that it was her heritage as a Guyanese American that spurred her activism and community organizing.

“[It means] showing up no matter race, socioeconomic status, or language.”

Gopal reminisced about listening to her dad speak to their Ecuadorian neighbor who speaks predominantly Spanish.

“There are few words exchanged yet full blown conversations. People have so much more in common than externalized language permits,” she recalled.

City Council District 15 has been Gopal’s home for the last 15 years. It features both Little Yemen and Little Italy, as well as a large West African, Puerto Rican and Dominican population. The area is predominantly composed of Black and Brown working-class immigrants that Gopal underscored are “so often under-resourced with a lack of investment overall, but have a camaraderie towards advocating for a better quality of life.” For Gopal, that means better access to quality schools, healthcare and “actual sustainable affordable housing.”

I dived deeper into the changes the candidate wants to see in her community. 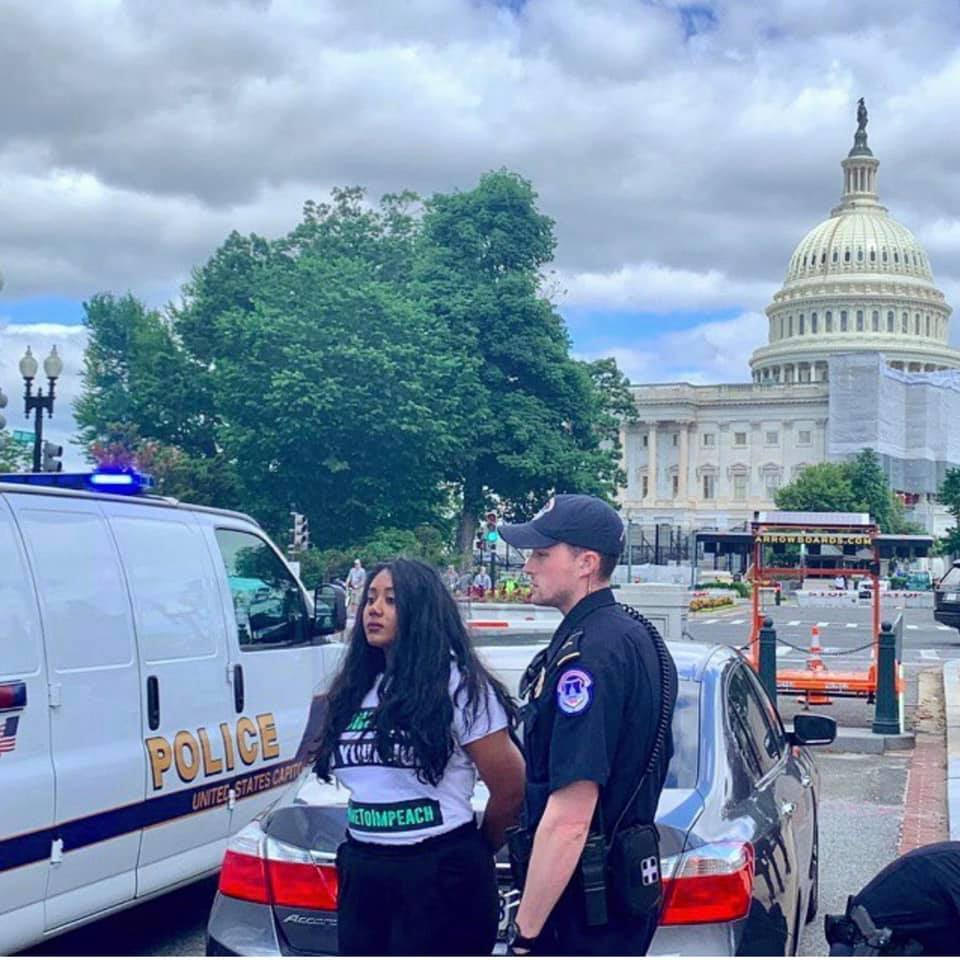 Gopal being arrested at a Civil Disobedience protest in Washington DC. Photo courtesy of Latchmi Gopal

Why do you think that voter turnout tends to be so low in local elections?

“This idea of success in America is what you hear from the bodegas to the bus stops. We should have a right to these things, but we have not gotten education around the political process on how we can be in it together. This lack of resources stems from a lack of engagement from government and city institutions.

It’s no surprise that my City Council District sits in Congressional District 13, which has one of the lowest voter turnouts in the City. They don’t want us voting. They don’t want us politically engaged because that won’t serve the 1%. The lines are disingenuous to our actual community. Similar to the Cross Bronx [Expressway], they fully cut us down the middle. Often when we’re doing voter engagement, we find best friends who live across the street. One can and the other can’t vote for me.”

So how do we change this marginalization?

“If armed with knowledge, so much could happen here. I see that with every one-on-one voter conversation I have and every larger voter forum I have. Win or lose, there is change and possibility in a campaign and candidacy. We hear wannabe politicians talking about what they want to do when they get into office. At every step of a campaign, we have the chance to powership through getting people registered to vote. Every day I try to remember the really dope conversation I had with a teenage boy about why he doesn’t care about politics and then I see glimmer of hope in his eye about what’s achievable.”

If elected to the NYC Council, what’s the first piece of policy or legislation you’d prioritize?

“The NYC Health Act. I think it’s astronomically insane and really detrimental to our communities and shows a lack of priority in our well being that we don’t have access to universal health care in the middle of global pandemic. It’s something I had an interest in doing before launching a campaign, but being on the campaign trail this comes up over and over. Also, sustainable affordable housing. This is an intergenerational issue. It’s our unhoused community, our unemployed community. These are human rights.”

What’s one piece of advice you would give to women of color aspiring to pursue elected office?

“Have fun!!! I spent a lot of the beginning of my campaign boggled down in what I was ‘supposed’ to be doing. There’s tons of gatekeeping and administrative mountains we have to climb the entire time. There isn’t a lot of easily digestible information about how to do this work. As you develop a support system (which is so important) and a kitchen cabinet that’s well informed to help you make decisions, make sure you’re having fun in community!”

What’s the most rewarding thing you’ve experienced during your campaign so far?

“My mom is shy and reserved. That’s part of the socialization of being a Guyanese woman. But, I have watched her grow and have a voice. She’s the first person to hand-lit to someone. She door-knocks with me all the time. She’s out there thinking how we can get roti and masks to our community. I used to think I got my rambunctious talking from my father, but so much of it is actually my mom. Watching her on the campaign trail has been the best part, as well as recognizing myself in her.”

Gopal’s election will take place on March 23, 2021, and early voting will begin on March 13. To learn more about Gopal and her work, visit www.gopalforthebronx.org