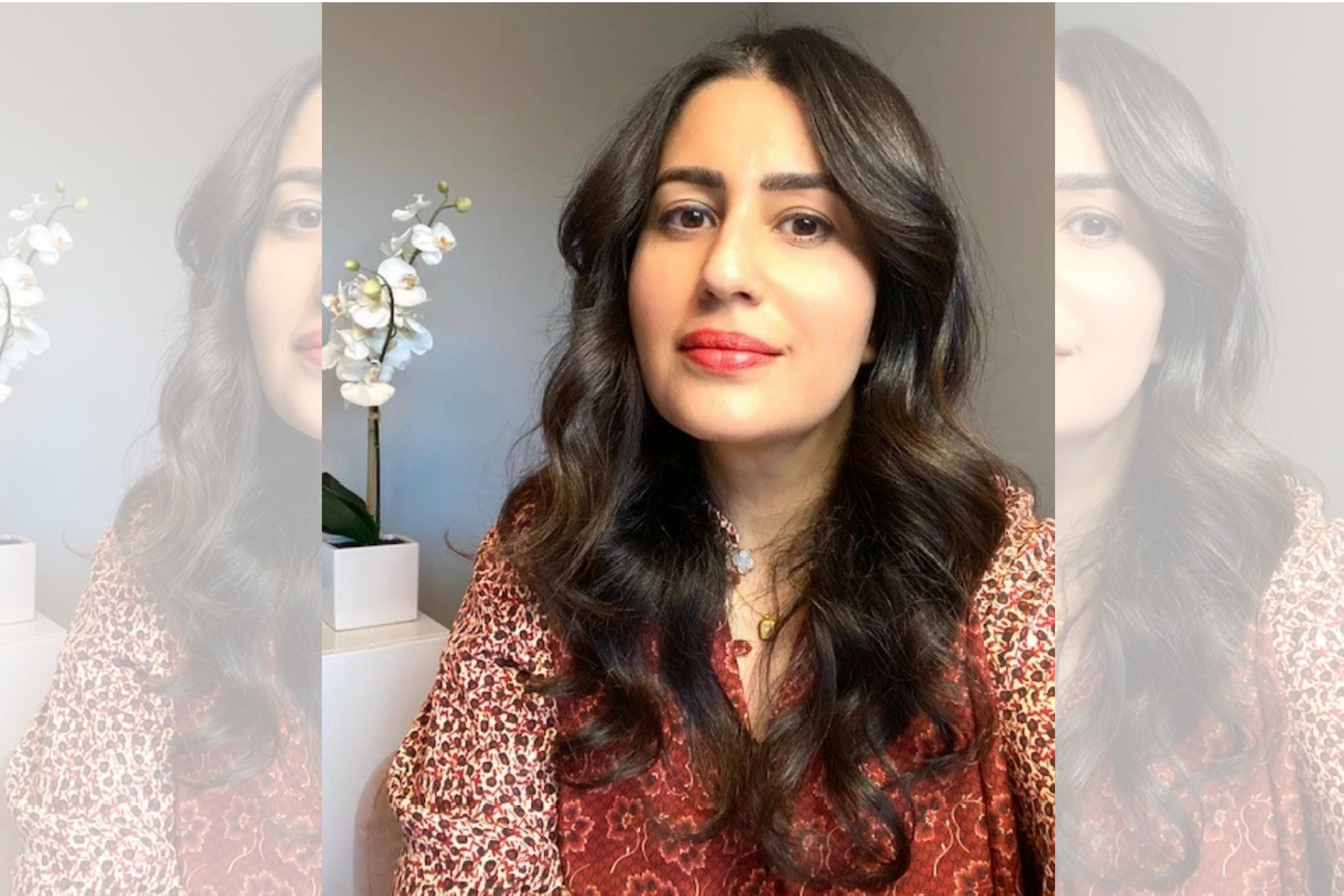 I recently traveled to Pakistan to meet my family after almost two years, which was a break that none expected to be so long. Just as the time spent there was filled with the joy of seeing my loved ones, it was an introspective journey where I got a chance to contemplate the idea of the duality of my identity. After returning to the U.S., I wanted to write a reflective piece on my journey as an immigrant.

As a first-generation Pakistani American immigrant, I have lived in the U.S. for close to two decades. I have experienced the ebbs and flows of adapting to a new country. Yet, two decades later, I have consistently learned and unlearned lessons that inform my everyday life.

Granted, I am still learning the vernacular of what it means to be a global citizen; I am reasonably confident in my cultural lore, and therefore I decided to share a random collection of learnings from my lived experiences as someone who straddles two distinct yet connected worlds and tries to make sense of it all. I hope newcomers will benefit from my life lessons!

I have made lifelong friendships in a country that was once alien to me.

[Read Related: How my Immigrant Upbringing Paved my Journey to a $100,000 Net Worth]

To this day, one of the hardest things for me was leaving my home country. In Pakistan, I lived a reasonably comfortable life as I had at home help to cook, clean and drive. In addition, I had access to material things that most in the society did not have, like world-class education, modern household, and amenities. Therefore, moving to the U.S. was more of an adventure than a need.

But when I landed in Boston, MA, America was a strange land with different looking people and weird traditions in that instant. I had grown up watching Hollywood movies, and my first exposure to pop culture in America was the Jerry Springer show, which, as you can imagine, painted a skewed portrait of the local culture. As a result, I assumed that everyone in the U.S. acted like Jerry’s guests, morally ambiguous, less educated, self-loathing individuals. It took me a while to realize otherwise.

Because I was living on campus, it was easier to meet people and forge strong friendships. People I met on campus seemed and acted like normal humans — three-dimensional characters I could connect with through our shared humanity. Although they were culturally and ethnically different, they lived through the same challenges and angst experienced by most 20-something-year-olds.

And so this anecdote brings me to my first advice for newcomers and veterans alike: Choose your shows wisely and even better, meet people, and make friends without any judgment. You will learn a lot more about American culture through its residents than any show.

Over the years, I have learned to give myself the importance I deserve. And I do it by prioritizing my physical and mental well-being as an American. Growing up in a collectivist society, it took me a long time to overcome the guilt of unapologetically owning different dimensions of my personality. But America’s individualism rubbed off on me, and I am somewhat glad that it did. So, yes, there are times when my character indicates a smattering of tolerance and humility drawn from my heritage, which is a deliberate attempt not to let America’s individualistic ideals fully take away the connection I share with my family back home. You will also learn to be a little more selfish at times, which is fine as long as it’s measured.

While I am still learning, I think I have a better understanding of a person’s sexuality and gender identity by living in the U.S. and breathing its culture. I have retrained my brain to acknowledge differences with a degree of reverence. Growing up in Pakistan, my exposure to various sexual and gender identities was binaried. As a result, I was less empathetic towards people who did not fall within the “traditional” norms. However, America’s diverse space has allowed me to interact with people from different backgrounds and sexual orientations. It has broadened my understanding of the fluidity of sexual and gender identities. It will take some time to overcome your internal biases for those from more conventional families and cultures. But don’t be afraid to recondition your minds and approach things through a more empathetic, less didactic lens.

I have unlearned some of the harmful, even toxic-patriarchal practices of my home country. Such unlearning was more urgent, more pronounced due to my experiences as a woman of color in a society dominated by white men. While in Pakistan, I belonged to an economically privileged, ethnically dominant population. I related to the struggles of women as a minority group. Then I moved to the U.S., the social landscape changed, and so did my status. As a Muslim woman, I became part of a rather disliked group, to put it lightly. It is indeed a lesson in resiliency and humility. If you are coming from a nonwhite country where you were part of some majority, you may be in for a shock. But you will eventually get over the initial inertia and carve out your space in this diverse culture with multiple identities. Be patient and let your uniqueness shine through. Don’t overcompensate for being different…your name, accent, and cultural identity will be put to the test. But don’t feel discouraged. Help the people around you know the real you.

I live in constant guilt and shame of leaving my homeland. The remorse, however, is perpetuated by the people who I have left behind. The constant reminders of how I deserted my family embodies the pain and isolation I feel. Even on my recent trip to Pakistan, I had to code-switch to appear less “American” to my family. My political and social views are scrutinized through a Western lens. I wish I could enjoy being part of two distinct worlds without being shamed for it. I believe people will judge you harshly for leaving your countries of origin: I am no foreigner to this rash attention. Undoubtedly, individuals will question your patriotism and loyalty. But don’t be disheartened. It is diaspora in a nutshell, and that feeling of guilt will fade away with time and reconciliation.

Lastly, if you grew up in eastern traditions like me, you will struggle with balancing the tilt regarding the concept of respect. Now America’s hyper-individualism puts little emphasis, if any, on showing respect towards elders. I have seen glimpses of it in my children’s behavior. The most challenging part of parenting is balancing the two cultural attitudes of respect. Pakistan is at the opposite end of the spectrum, with younger folks expected to show unwavering respect even when it is not warranted. For elders of Pakistani society, it’s a rite of passage.

In my opinion, both extremes are problematic and require some fine-tuning. But how do people like us who are navigating two cultures reconcile with those differences without disrespecting either culture, no pun intended? Don’t get me wrong: I am a firm believer in respecting your elders, respecting your community members, neighbors, etc.

What I can’t entirely agree with now is how respect is sometimes weaponized to dominate people. There is an unspoken hierarchy of respect in Pakistan. Parents are usually at the top of it, followed by extended family members and spouses, primarily husbands. In marriage, respect manifests to assert patriarchal norms.

Having grown up in a collectivist society, for me, everything is centered around respect. My parents demanded that I respect my elders from an early age, and I obliged, sometimes happily and reluctantly. But there were scattered incidents when I could not respect people based on their actions, and I dared to deter. What ensued was me being labeled as “disrespectful.”

The idea of respect in Pakistan manifests more by using the appropriate moniker. To respect someone, a person is supposed to act a certain way—for instance, I am expected to lower my voice, use the correct terminology, and be very careful in expressing my emotions because if my voice crosses a certain threshold of what is acceptable, someone may take it as a sign of utter disrespect.

The more I live in the U.S., the more I drift away from the traditional iteration of respect. Instead, I am starting to ascribe to the ideology that respect is earned rather than demanded. So next time, if you are lectured about respect, take a deep breath and know that you are not the only one struggling to balance the tilt.

Every time I visit Pakistan, I find myself struggling to embrace my redefined understanding of respect. I invariably become more alert and vigilant of how other members of my family or I communicate with family and friends in Pakistan. Yet, deep down, I am scared to let go of any cultural identifiers that make me sound and look more authentic, especially when immersed in that culture. Is it fair to my kids? Probably not…but I have learned to live with the concept of persistent code-switching.

And having navigated two cultures for two decades now, I am beginning to cherish the idiosyncrasies of both, and I appreciate the duality of my identity. For those who haven’t experienced it, I highly recommend it!

Saadia Khan is a human rights activist, social entrepreneur and immigrant. She is also the founder, producer, & host of a weekly podcast, "Immigrantly," exploring the intersectionality of racial identity, class, & culture in America. Saadia holds an MBA in Marketing & a Master’s in Human Rights from Columbia University. Previously, She has worked with UN Women, and other UN entities at a small civil society organization focused on women’s rights. She writes for publications, including Medium and the Globe Post.