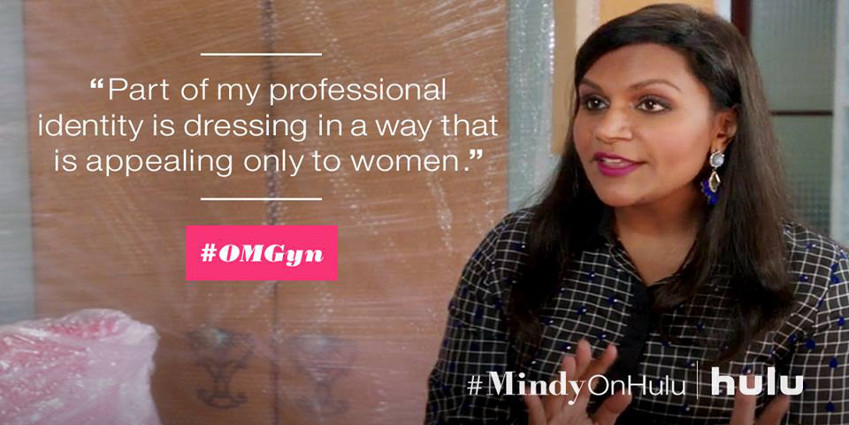 During last week’s mid-season finale, we saw glimpses of the continuing argument between Mindy and Danny about whether or not to have more children, as well as Mindy’s work situation. At first, Mindy tries to avoid the conversation but Danny keeps bringing up how he wants another child. Then, we suddenly flashback to when Mindy and Danny first met.

We see their interactions on the first day that Mindy joins Shulman & Associates. Castellano’s hatred for Lahiri is crystal clear from the get-go—he wants to get her to quit and treats her horribly. Mindy, on the other hand, is solely focused on renovating the fart room/storage room that she’s given as an office, and getting patients. Danny doesn’t teach her how to get started with patients, so she is left to figure out how to get started all on her own.

An opportune moment presents itself when Danny messages Jeremy to fill in for his delivery since he has to go to couples therapy with his wife Christina. Mindy, who is using Jeremy’s computer, messages back (pretending to be Jeremy) and says she will fill in for Danny.

The patient that Mindy ‘steals’ is a complicated case but, of course, she handles it like a pro using a difficult and unique technique to deliver the baby. When he finds out what she did, Danny is furious. He then realizes that Mindy is a great doctor and deserves to work there—but now Mindy wants to quit.

The work environment is not what she expected; she wants to be friends with her co-workers and do fun activities together like Secret Santa. Danny tells her to stay and change the way things are, which we all know Mindy ends up doing. He also tells her to never let anyone tell her what to do, not even him. To encourage her further, he tells her that if the armoire that she bought fits into her office, then she can take it as a sign from the universe that she should work at Shulman & Associates. They measure out the armoire, as well as the space in the office, and…it fits.

At present-day, as Mindy recounts her first day at work and Danny’s words to her, she realizes that she is letting Danny’s wishes get in the way of what she wants. She gets out of bed, without disturbing Castellano as he sleeps, and measures Leo’s crib. Then, we see her head out to her old apartment to measure the space there.

Mindy takes down the “For Sale” sign in her apartment and it becomes clear that she is planning to move out of her apartment with Danny and back to her own place.

Though this episode was definitely more serious than previous ones this season, it was one of my favorites. It painted a realistic picture of how realistic relationships are, rather than telling a fairytale story. I applaud Mindy for finally getting back to the strong, independent woman that she is!

Brown Girls, are your hearts broken? How do you feel about this?