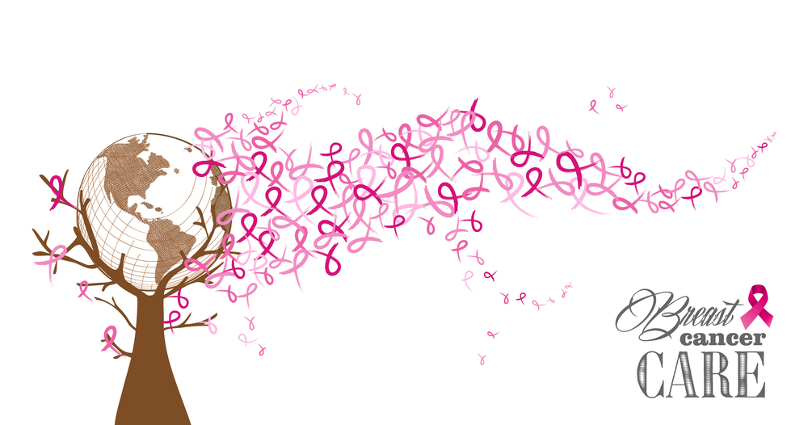 Breast Cancer Awareness Month began 30 years ago in October 1985. What started as an effort to alleviate the stigma associated with not only the disease, but with the word “breast,” has since turned into a staple, annual tradition.

In his book “The Emperor of All Maladies: A Biography of Cancer,” Siddhartha Mukherjee describes the rejection of an ad containing the words “breast” and “cancer” by The New York Times in 1950. The U.S. has come a long way over the last few decades, and thanks to efforts like Breast Cancer Awareness month, the disease is now fairly ubiquitous in American dialogue. The media is burgeoning with news about breast cancer—there are articles about the disease daily.

Growing up in a conservative Bengali household, the word “breast” was not a part of our dialogue. We had a relative diagnosed with breast cancer, and undergo a mastectomy and chemotherapy, but we only talked about her “illness” in hushed tones and whispers or simply pretended that nothing was happening despite her loss of hair and the changes to her body.

My experience is not uncommon. For many in the South Asian culture, we are perhaps decades behind in alleviating the stigma associated with the disease—and that is a serious problem. Staying quiet about breast cancer is dangerous. We cannot afford to speak in hushed tones about a disease that impacts one in eight women in this country and is the second most common cancer in women worldwide.

A critical reason that we, as a community, must learn to discuss the disease openly is that family history is often an important factor in determining the age and frequency with which women should consider mammograms. When it comes to heredity, you are just as likely to inherit a “breast cancer gene” from your father as your mother—knowing your maternal history is only half the story. While mothers and daughters may find it easier to speak of the disease, it’s important to speak with your sons too. How else will they know to educate their children on possible risk?

Nevertheless, more than 80 percent of breast cancer cases have no family history—which is why it’s important that we openly encourage our mothers, daughters, aunts and sisters to be aware of their bodies, to learn what signs of breast cancer to recognize besides lumps, to discuss risk factors and to talk to their doctors about when they should begin screening.

Sadia Haque Zapp is the Associate Director of Communications at the Breast Cancer Research Foundation (BCRF) where she manages public relations alongside a team of powerful women. Prior to joining BCRF, she served as the Director of Communications & Marketing for Bette Midler’s New York Restoration Project (NYRP), where she also managed the MillionTreesNYC campaign with NYC Parks. Her passion for public health brought her back to the field after three years at NYRP. Sadia’s background in healthcare communications includes the Center to Advance Palliative Care at Mt. Sinai Medical Center and the Child Study Center at NYU Langone Medical Center. She received her MPA from NYU Wagner and her BA in Communications at SUNY Albany. Sadia and her husband live in New York City. She cannot cook. At all. But she makes a mean peanut butter and jelly sandwich.