Culture Identity In the NewsOctober 30, 2017 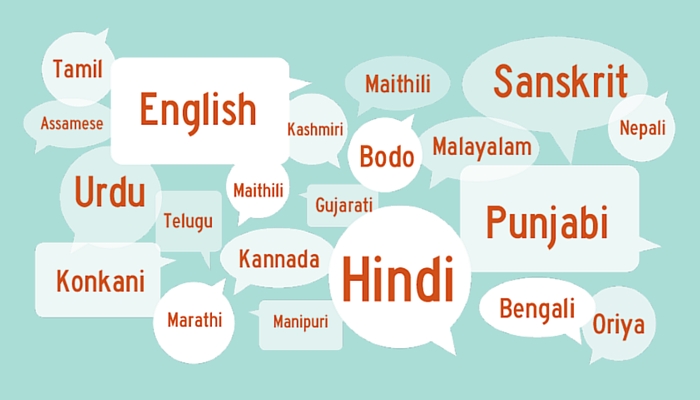 Here’s my most embarrassing truth: I can’t pronounce my own name. In the U.S., I say Ree-two, rhymes with R2D2. When I say this in India, nobody understands me. A family member will step in, saying my name with the elusive soft th that makes Ree-two become Rih-thu without sounding like a spitting contest—a gentleness that I’ve never been able to replicate.

I was born in Bangalore, India. My family moved to England when I turned one, and to the States two years later. I grew up in New York and North Carolina, adopting American spellings and the occasional Southern drawl, worlds away from the singsong lilt of my mother tongue, Kannada. My dad emphasized English at home when I was a child, wanting my accent to be perfectly American.

I heard Kannada over the phone when we called relatives in India, when my grandparents struggled to find the right English word, and when I had truly pushed my mom’s buttons. I stopped asking for neeru over the dinner table and asked for water instead. I stopped saying onu illa and said no problem.

I still understand Kannada fluently. I can’t speak it.

According to the 2013 U.S. Census, 3.8 million individuals in America reported being born in India or being of Indian ancestry, making Indians the third largest immigrant group. Yet, per the same census, only around 1.8 million U.S. residents report speaking an Indian language.

South Indian languages fare even worse in the States, with only 634,000 reported speakers—fewer than the total for Hindi alone. And university-level South Asian departments rarely offer Indian languages other than Hindi: There are 82 institutions in America teaching Tamil, 51 Telugu and 44 Malayalam. My own mother tongue is an option at only five schools, despite the fact that 44 million people speak it.

Shaina Shetty, 23, will be the last generation in her family to know her native Tulu. In a 2001 language census by the Indian government, Tulu had only 1.7 million speakers—only 0.17 percent of the Indian population.

“It’s actually dying,” Shetty said. “Most people in my generation, especially those of us here, don’t speak it very well.”

Many can’t speak it at all—Shetty included, though she can understand it. Shetty and her younger brother were both born in Detroit. When she started school, however, she couldn’t speak any English.

“They had to immerse me in English,” Shetty said. That included immersing her brother. “They didn’t want to confuse me, so he doesn’t speak any Tulu at all. We ended up speaking English all the time.”

Throughout her childhood, Shetty’s parents tried to incorporate Tulu in small ways. They began to say Tulu prayers as a family before bed, but the routine never stuck. They attempted immersive Tulu weekends, but as soon as school started Monday morning, English returned.

“Parents want to know what happened [in school] and I could not communicate that [in Tulu],” Shetty said. “I think it’s a little heartbreaking for them. Especially given that realistically I probably won’t end up marrying someone who also speaks this language, so this will probably be our family’s last generation that does.”

Shetty has tried to learn Tulu, but apart from a poorly designed app for basic vocabulary, there’s a distinct lack of resources for such a small language—one that is often pushed aside even in India for mainstream languages.

When she visits India, Shetty can’t communicate with her grandmothers.

“There’s actually a lot of disappointment,” she said. “But at the end of the day…There’s no magical app that’ll teach me or a class I can take.”

At the University of Chicago’s decision-making lab, Ph.D. psychology candidate Sayuri Hayakawa looks at the way language affects the way we think.

On the other hand, if you have trouble with your cultural identity, you’ll have trouble assimilating your languages too.

“If you feel like your two cultures clash,” Hayakawa said. “Then you often have a reactive response, such that when you’re speaking Chinese, you act more American.”

“Culture is a way to maintain a distinct identity,” said Indian linguist E. Annamalai, a current visiting professor of Tamil at the University of Chicago. “To answer the question, who am I.  Both language and culture reinforce each other, so it’s better to keep them together. Or, you have to find roundabout ways of maintaining your culture.”

Growing up, Karun Nair’s sense of Indian culture came from comic books of Indian myths and summer trips to India. Now a medical student in his twenties, he can’t shake the feeling of being more American than Indian.

Nair’s parents immigrated from Kerala to Michigan before he was born, and as a result, he grew up without hearing much of his mother tongue, Malayalam. Despite infrequent Skype tutoring sessions with an aunt in India, Malayalam never came easily—especially without structured classes to take. Much like Shetty’s family, his parents eventually gave up trying to teach him.

“I always did want to learn it, just for its own sake,” Nair said. “I don’t have any other experience with [Kerala], and if I spoke it, I’d have a little more to go off of.”

After a childhood with primarily non-Indian friends, American culture felt more a part of him than anything storybooks could convey.

“I feel like I belong in this culture and I’m very comfortable in it, much more so than I am with my Indian culture,” Nair said. “I sometimes feel guilty, but there’s nothing I can do now.”

Like Shetty, my parents don’t expect me to marry an Indian, let alone a Kannadiga. Like Nair, as more of my family moves to the U.S., my connection to India feels tentative at best. My mother knows that when she speaks to me in Kannada, I will always reply in English.

When I think of my future children, I often wonder if they could ever learn Kannada—and, if they should. 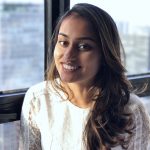 Ritu Prasad is a multimedia journalist with a passion for culture, food, and science. She was born in Bangalore, India but has called the US home for most of her life. She studied English literature and biology at the University of Chicago with dreams of going to medical school, only to switch into journalism after four years of science. She is currently a resident journalist at the BBC in London as a part of her final quarter in the Northwestern Medill journalism master’s program. She has written for BBC Trending, Washingtonian Magazine, The Christian Science Monitor, McClatchy DC, and US News. Things that make her happy: her grandma’s idli, David Attenborough documentaries, NASA’s Instagram, and anything related to puppies.

In Conversation with Neha Samdaria Founder and CEO of Aam: A New Type of Fashion Label