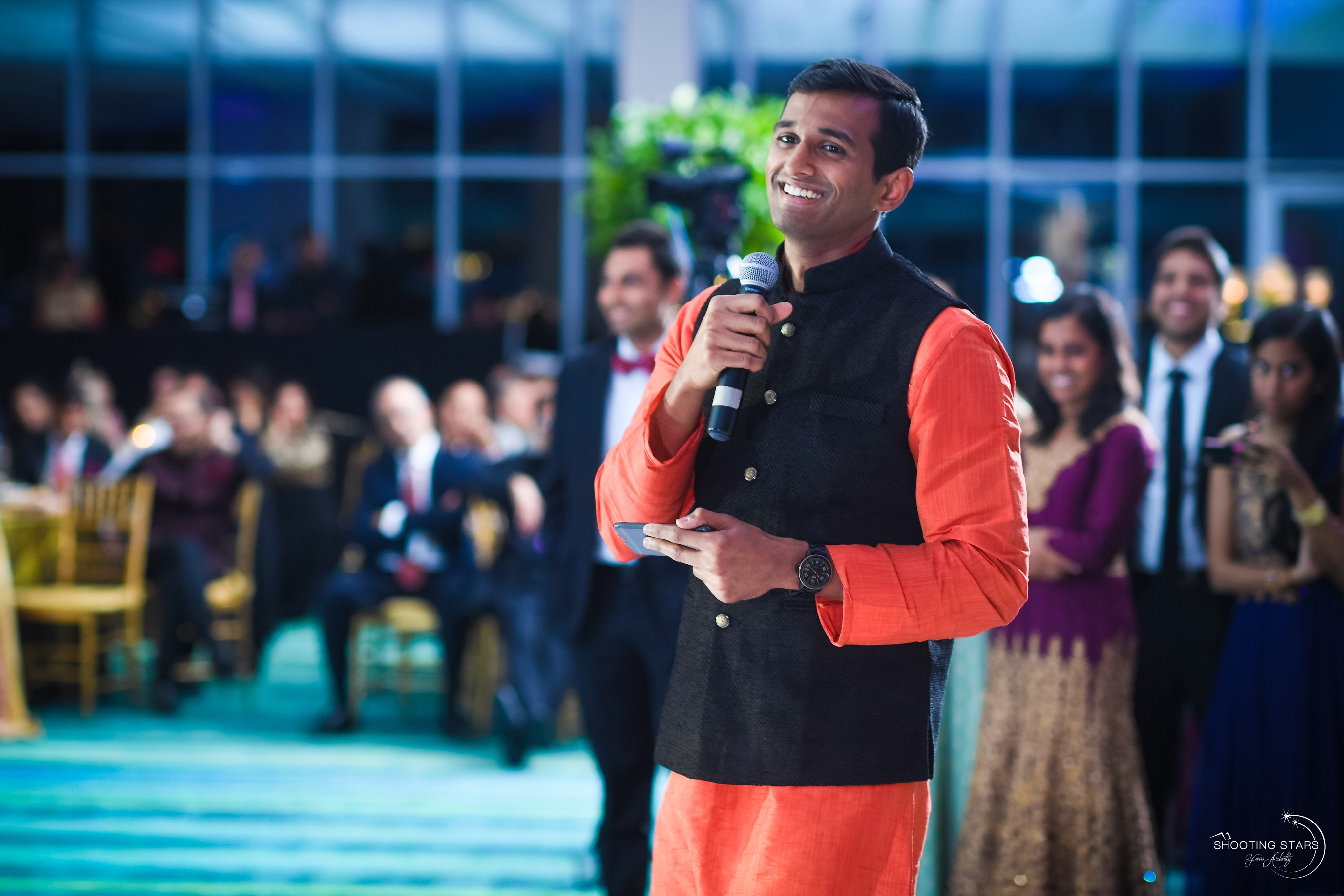 Abhijith (Abhi) Ravinutala is a 25-year-old graduate student at Harvard Divinity School, pursuing a Master’s in Theological Studies focused on Hinduism. Despite all his mother’s prayers, he didn’t quite make it to Harvard Business School, but he does hope to obtain a Ph.D. in Hindu Studies and become an author someday. Abhi is also the founder and CEO of MannMukti, a nonprofit organization dedicated to reducing the stigma surrounding mental health in South Asian communities in North America. Abhi has been fortunately surrounded by a loving family and friends, and hopes to share that positivity with as many people as possible.

“On a summer day in 2012, as the tattoo artist drew closer to my right shoulder, I remember my nerves being calmed by a sense of acceptance. The concept of permanence is not exactly understood by any 20-year-old determined to have a Batman tattoo but somehow I was ready.

Perhaps it was false confidence imbued by the Lil’ Wayne music being blasted by the tattoo artist. Or perhaps it was the acceptance that a permanent tattoo had the benefit of taking on multiple meanings throughout a person’s life, to serve the needs of new life experiences. When I initially chose a Batman tattoo, it was to remind myself of the importance of ethical standards and self-improvement. But after September of 2015, I would need a different use for that tattoo – one to help me deal with pain much worse than needles. 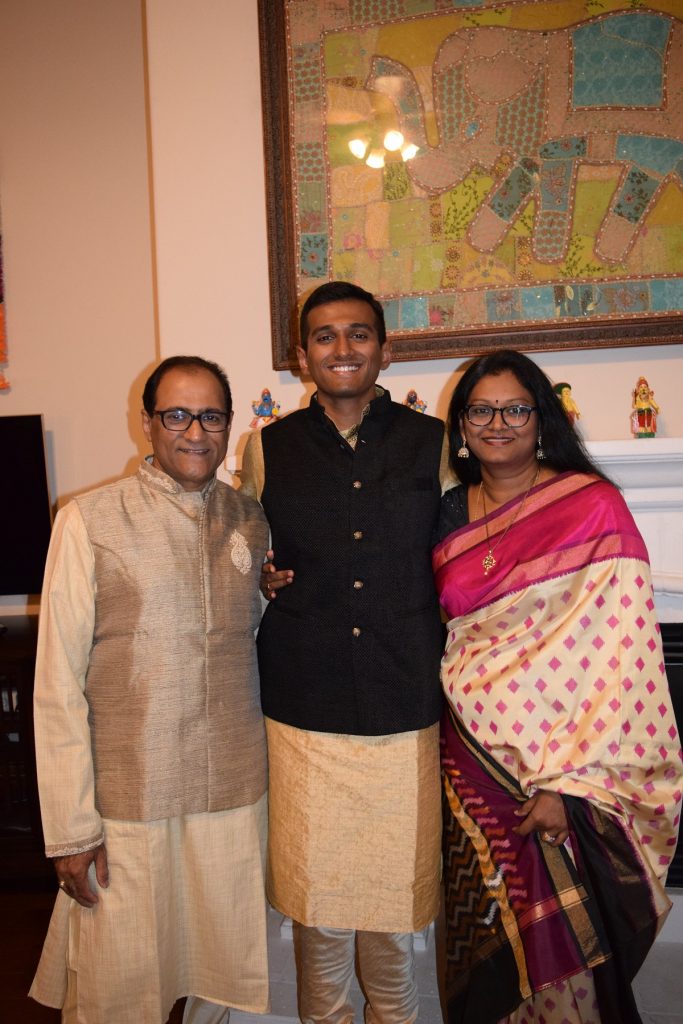 [Parents who actually allowed me to get a Batman tattoo. Photo Credit: Bhavani Ravinutala.]

When I immigrated to Dallas, TX, in 1998, I was an only child with a yearning for friendship and a penchant for potato chips. I found my perfect match in Ajay, another chubby only child from Andhra Pradesh, who was four years older than me. Our families grew close as Ajay and I traipsed through our immigrant-filled apartment complex in roller skates, always making it home in time for the next episode of Dragonball Z or Pokemon.

As we grew older (and fatter), Ajay became a big brother to me. Ajay’s word was truth and required no questioning: if he said there was no way we’d get sick from eating too many Cheetos, then by God I was going to eat those cheesy chemical concoctions. When our families went to the temple or out for Indian food, I had Ajay to share my double life with – the Indian life that my American classmates would never understand. I looked up to Ajay as much as I laughed at and with him.

That’s why it was a shock when he started exhibiting signs of mental illness. When I started high school, Ajay started college in Austin, and we started to drift apart. Time and again, I heard from his parents about his difficulties at school, until it culminated in a terrible night when his parents called my family in agony, unsure how to bring Ajay back to his old self. He eventually did pull himself together, and went back to Austin, where I would follow in the fall of 2009 to restart our friendship as an entering freshman at UT Austin.

Yet, even when we were together again, he started to fabricate stories and create drama that caused a rift in our friendship. After the winter of 2010, I would barely see Ajay again. At the time, I didn’t know he was dealing with mental health issues; I would learn about this later from his parents. Maybe he didn’t realize it either, maybe he didn’t want to admit it to himself, or maybe the stigma around mental health in our community is so excruciatingly deep that a friend can’t tell a friend. 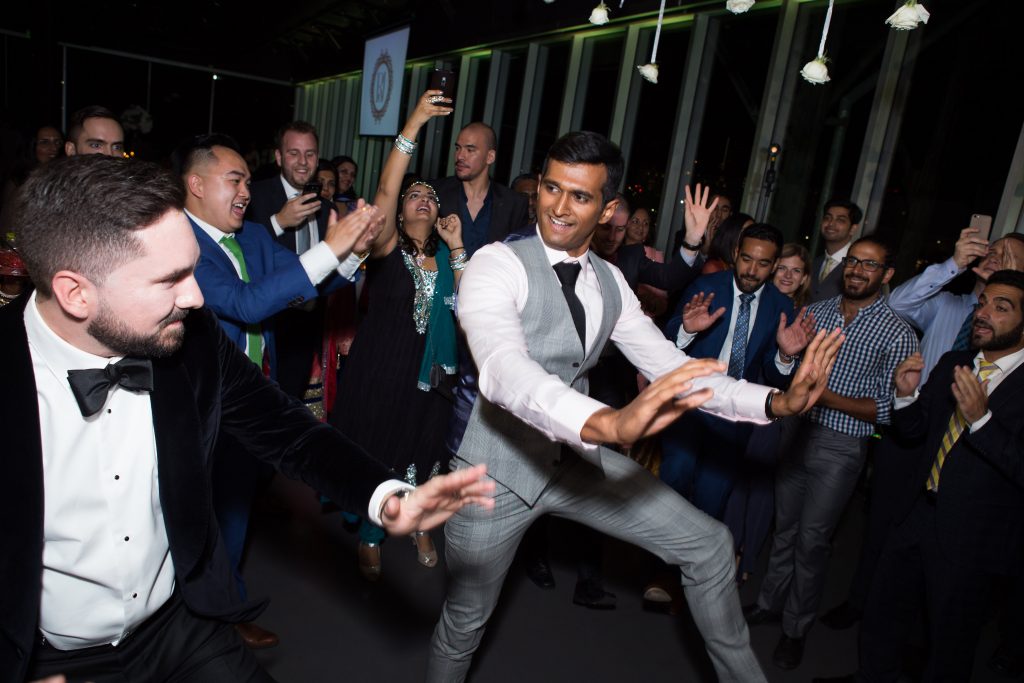 At the start of 2015, I moved back to Dallas and began my first job. Just as my life seemed to be filled with new opportunities, I was all too aware that Ajay was still struggling; yet, as much as I tried to see him, he wasn’t interested. One night during Labor Day weekend, I was recounting funny stories of Ajay with another best friend. The memories made me determined to reach out to Ajay the next day, and I went to sleep with hope of trying again the next day. In the morning, I was about to take a shower when I received a simple text message from my Dad that Ajay had passed away. The tears mixed in well with the shower while the feeling of punching the wall eventually numbed.

I was dumbstruck – how could such a great friend and friendship end so abruptly? I could make no sense of the permanence of his absence. Surely, something could’ve gone differently. Maybe if he just hadn’t felt so alone, if he could’ve reached out to someone or something, then things would’ve been different. What if there was a way for people like Ajay to come together in the face of mental health stigma? These questions festered in my mind over the fall of 2015, as I drew within my walls and searched for an escape from the pain.

Gradually, the questions turned into hopes and dreams. I wanted to do something in Ajay’s honor – something to make sure other South Asians did not feel quite so alone in their mental health struggles – something to turn pain into positivity. Over the first half of 2016, these hopes and dreams would take shape, grow, and eventually become MannMukti, a nonprofit organization dedicated to reducing the stigma around South Asian mental health. We aim to be there for those in our community who feel like no one else is there for them. To enable people to share stories by encouraging open conversations, mental health awareness, and the use of community resources.

As MannMukti grows and we receive encouragement from individuals who say it has already helped them in rough times, and has helped them not feel so alone, I am grateful to do something in Ajay’s honor. As we spread across the U.S. and Canada and help as many people as possible, I hope we become a household name one day, a resource and a helping hand that people can take when a loved one is affected by mental illness.

The pain of losing Ajay is an inescapable part of my past but the positivity I wrought from that pain is a continuing part of my future. Positivity from pain is a mantra and a motto. It is the newest recurrent thought assigned to the sight of my tattoo every morning in the mirror. It is the life lesson, obvious in so many Batman stories, to take my personal pain and find a way to prevent my fellow human from experiencing it. Just as Ajay would’ve wanted.”