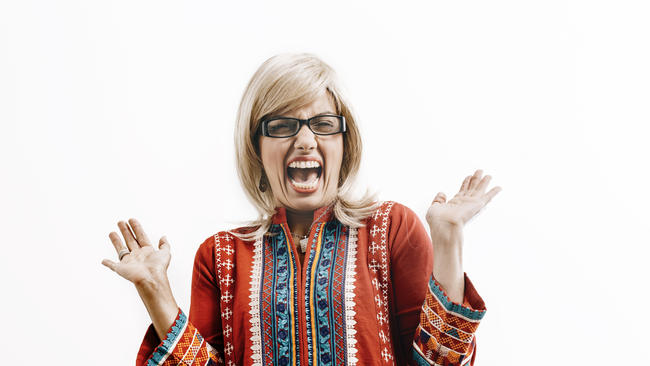 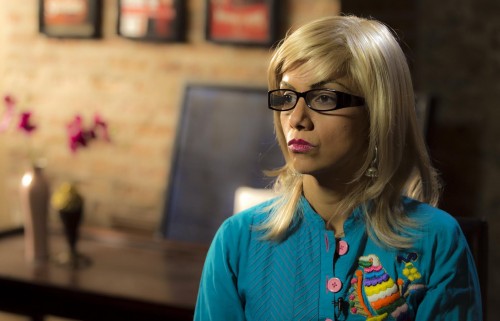 “The Muslim Trump” mockumentary was released online at TheMuslimTrump.com  on On March 14, 2016. The mock-doc follows the reveal or “coming out” of Ayesha Trump, the satirical daughter of the very non-satirical, infamous American presidential candidate.

Ayesha, it seems, was discovered by documentarian and journalist, Sammy Sizzle. Through graphics and special effects, Donald Trump responds to Sammy’s interview questions regarding his illegitimate daughter and denies her existence. Ayesha then holds a press conference at the base of the Trump towers in Chicago to reveal her true identity and faces the reaction.

The project was originally conceived as a response to Donald Trump wanting to ban all Muslims. Ayesha Ali’s not meant to be the model Muslim, she’s meant to be as outrageous as her father — saying whatever she wants, regardless of who’s listening, and without considering the facts. She’s just nicer about it.  Ayesha is who her father would be if he embraced his Muslim side instead of, well, HIS side. Ayesha Trump is also an example of one of the only kinds of satire or comedy that Donald Trump cannot embrace. If he embraced his Muslim daughter he’d alienate his supporters. As satire, the Muslim-ness of the project is its strength.

If Ayesha ran for president, who knows, maybe we’d vote for her, after all, she might be 50 percentTrump, but she’s 1000 percent American.