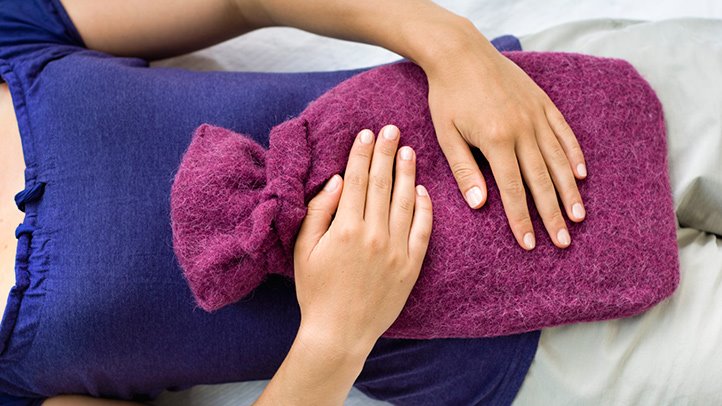 If the 2010s has been marked by debates on the pornification of women and sexualization of girlhood both in the public and private sphere, then it could be said that this has been accompanied by a wave of online activism which seeks to challenge dominant ideas of the female body, especially through social media. Indeed, this medium has become a key disseminator of cultural images and the heavy consumption of social media content represents as well as reinforces a multitude of ideas – both complementary and contradictory – about society and culture, in particular about the female body. Yet for all the diverse women’s experiences, whether in real or reel life, the universal female experience of menstruation has been strikingly absent. A recent example was the omission of the period sex scene in Fifty Shades of Grey (2015) which was a notable feature in the book but deemed too risqué to feature in the film adaptation.

In recent times, there has been an emerging movement on social media that attempts to address this gap. For example artist Rupi Kaur’s photo series on menstruation, which was initially deleted by Instagram, challenged the taboos surrounding this experience, women hashtagging #periodsarenotaninsult  in response to Donald Trump’s pointed comments to a news anchor at a rally in 2015 and to women in India protesting menstruation taboos linked to ideas of purity in temple spaces by trending #HappytoBleed. Chris Bobel in New Blood (2010) locates menstrual activism as part of third-wave feminism but rather than looking at the distinctions of third, fourth or post-feminist eras, this chapter is drawn to the collective feminist project of challenging and eradicating stereotypes of women’s bodies by exploring how social media practices, whether through blogging or posting pictures, has allowed young women to cast normal female bodily processes in a more positive light. If for many years, staining signifies shaming (de Beauvoir, 1974) and the circulation of negative meanings of “the crimson wave” as disgusting and shameful continue to pervade, it could be said that 2015 was the year periods went public in its social media movement that seeks to discuss and deconstruct the stigmas stuck to menstruation. In this chapter, I will provide an overview of the debates on the representation of menstruation in both traditional media such as film and television and social media.

Though females have experienced menstruation for centuries, interestingly there is very little information about this in earlier times of history. However, there has been a variety of ways in which this has been interpreted from being shrouded in superstition and sorcery to the exaltation of menstrual blood, for example in certain Native American cultures, as a powerful elixir with healing powers (Delaney et al, 1988). One major study in the US published a set of findings which stated that a dose of menstrual-derived stem cells (MenSCs) reduced the sizes of brain tumours in animals by 50% (Han et al, 2009) and there has been a growing potential in the clinical potential of MenScs which if, researched comprehensively, would undoubtedly reveal implications for further treatments, possibly for humans. There still remains far more to discover about this subject but at this juncture, it is an interesting question to ask how, after centuries of being hidden, periods have gone public?

In 1978, American feminist and social activist Gloria Steinem wrote “If Men Could Menstruate”, a satirical essay on how society treats men versus women. In this piece she humorously describes the inequalities in the social construction of menstruation when she says that if this was a bodily function assigned to men, it “would become an enviable, worthy, masculine event” and men “would brag about how long and how much” and “Sanitary supplies would be federally funded and free” (1978: 110). There would be exchanges like “”Yeah, man, I’m on the rag!” and “Street guys would invent slang (“He’s a three-pad man”)”. Though this was penned more than 40 years ago, it is reasonable to ponder how far has this social construction evolved since then. If the recent hashtag, #IfMenHadPeriods, which trended on Twitter is anything to go by, this decades-old critique bears much relevance even today.

Of the thousands of slang terms for menstruation, for example surfing the crimson wave, red wedding, aunt flow, the period is not necessarily something that comes to the forefront of one’s mind when talking about human rights issues. Yet is largely ignored in a variety of communities across the world, and on May 28, 2014, the first ever Menstrual Hygiene Day was commemorated by a coalition of non-governmental organizations to break the taboo of silence on this topic and advancing the rights of girls and women (WASH United, 2015). In an interview with Manjit Gill, the founder and CEO of Binti, a charity organization that aims to provide menstrual dignity through access to sanitary protection and education in India and Eastern Africa, she discusses social taboos in India where 88% of women do not have access to sanitary pads and in some cases, because of the cultural understandings attached to this as signaling womanhood, young women are married off as soon as menarche occurs.

Period taboos do not only exist in the West, but in other parts of the world where this is not only anchored in socio-cultural practices but can also carry greater consequences that extend beyond shame. Menstruation, in India for example, is embedded in a complex web of religious and cultural practices which consequently bound and impose restrictions on women. Strict patriarchal structures exist within religious communities which have informed ideas about uncleanliness and separation of women from public spheres to such a degree, that this is not regarded as an act of period shaming but par the course as womanhood is aligned with notions of cleanliness, respectability and discretion. The banning entry of mensing women in temples, not allowing them to cook, dropping out of school and sleeping outside are just a few examples of period shaming and Manjit elaborated how oppressive religious customs play a significant role in reproducing patriarchy in its positioning of women’s and men’s bodies,

It’s really difficult. We are talking about the now. Even now, some women are made to sleep in forests and if they live in slums, they are made to sleep outside. Because they are made to think they are dirty. The practices vary from region to region but because they think they are dirty, this cycle is perpetuated within society, family, religious institutions and so on. For example some Muslim girls cannot fast while mensing, or it’s kept hush hush. Things like that.

What Manjit also points out is that stigmas regarding menstruation are present almost in every cultures across the world and if the 2015 report published by UNICEF and the World Health Organization (WHO) which stated that 500 million girls and women globally lack adequate facilities for menstrual hygiene management is any kind of indicator, then it could also be discerned that the stigma transmitted in popular culture which will be explore further on, is not simply a reel life situation, but one that is also real and personal.

At a grassroots level, we see how menstruation management is a critical part of girls’ and women’s lives and how important organisations like Binti are taking these important steps in breaking taboos. That menstruation is a natural, female physiological function, which to a large extent, is shrouded in shame is not a new revelation nor is a culturally-specific mode of thinking. As a media production practice, however, there is a different type of breaking, so to speak, that is occurring alongside this. To use a tech buzzword, this could be described as disruption, in which young women are writing their bodies and bodily functions into both traditional media (film and television) and new media (social media and digital distribution).

[Read More: Promoting Menstrual Dignity is Something You Need to Get With—Period]

Historically, film and television does not have a positive track record in portraying women menstruating. A study by the University of Melbourne has raised concerns about Hollywood’s treatment of menstruation, and whether it’s frightening girls into believing it is worse than the reality (Rosewarne, 2012).

From the mocking of the title character of the horror film ‘Carrie’ (1976) to the deployment of mensing as a comedic tool. Carrie features a scene where her period comes in the shower room at her school gym. The protagonist, aghast at the sight of blood, runs to the girls in the locker room seeking help but rather than receiving this, she is mocked and laughed at, with the girls throwing tampons at her shouting “Plug it up”. So the first message becomes that of horror and fear.

In the film Anchorman (2004), in his opposition to women working in the newsroom, the character Brick Tamland says

“I read somewhere their periods attract bears. Bears can smell the menstruation.

Another example is in the comedy film Superbad (2007) where upon identifying a period stain on the lead actor’s jeans as being “perioded on”, two young men react in horror to the sight of this.  More recently, there has been a gradual rise of women filmmakers and emerging creative talents who are refocusing menstruation in less negative ways.  Amy Schumer, one of the most prominent voices on body positivity and smashing period stigma, often talks about this in her comedy on stage, in film and on television. For example on her show Inside Amy Schumer(2016), the sketch “Madam President”, satirically sums up some of the stereotypical views when Amy starts her first day in power on her period. Another example is the popular HBO show Girls when Lena Dunham’s character says, “I never know when I’m going to get my period and it’s always a surprise and that’s why all my underwear are covered in weird stains.” Michaela Coel, who writes and stars in the London based comedy show Chewing Gum (2015) illustrates her character Tracey Gordon’s period not as a poorly inserted comedy device, but in an open, non-taboo manner that is relevant to the plot.

Indian cinema has yet to depict menstruation in its films but there are a new wave of online creators who are placing uncensored women’s stories at the forefront; for example Girlyapa uploaded a parody of a well- known Bollywood song in 2016 on their YouTube channel called ‘The Period Song’.  The web series ‘Ladies Room’ features an episode about a late period and it could be posited that, though much smaller in numbers, these media spaces as driven by women are filling a major gap in the way that Bollywood and Indian television portrays women.

Culturally and biologically, it is widely regarded as the transition from girlhood to womanhood in a young girl’s life (Mamo & Fasket, 2009). After menarche, there are psychological shifts which vary from body image issues to emotional reactions along with cultural factors influencing expectations and belief systems of menstruation. Chris Bobel (2010) who wrote extensively on menstruation as social stigma and activism around seven years ago, attributes the resurgence of interest in her decade long research on this topic to social media. 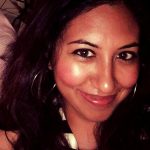 Currently an associate fellow at the Institute of Commonwealth Studies in London, Kavyta has an interdisciplinary background ranging from the arts and humanities to sociology and cultural studies. Her doctoral research drew on intersectional thinking to analyze the performativity of Indian identities in Trinidad. Kavyta’s research explores nuanced and non-binaristic ways of thinking through concepts such as race, ethnicity and gender from differing platforms, be it academic, cultural or digital.