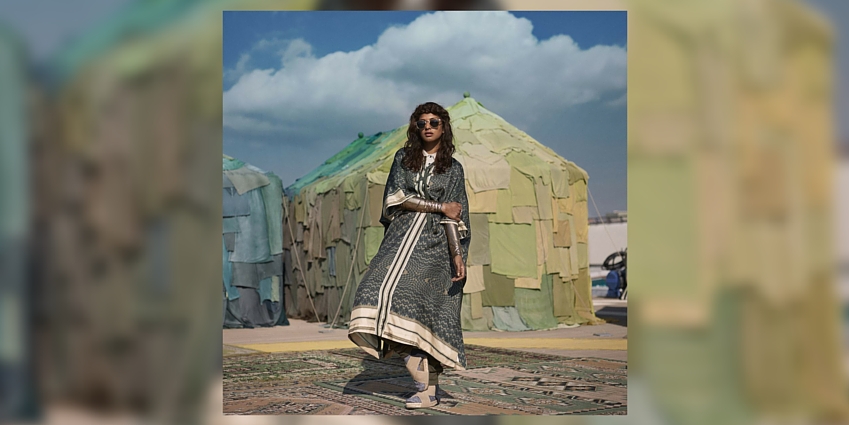 Sometimes the art is smarter than the artist. At least, M.I.A.’s recent comments in an interview for the British magazine Evening Standard certainly made many feel that way.

Known for her genre-defying, outspoken approach to both life and music, M.I.A.’s political views have often been contradictory and difficult to label. So naturally, the interview turned towards her opinion on challenging authority in the U.S. and abroad:

“It’s interesting that in America the problem you’re allowed to talk about is Black Lives Matter. It’s not a new thing to me — it’s what Lauryn Hill was saying in the 1990s, or Public Enemy in the 1980s. Is Beyoncé or Kendrick Lamar going to say Muslim Lives Matter? Or Syrian Lives Matter? Or this kid in Pakistan matters?”

If you listen carefully, you can almost hear the internet giving a collective groan of disdain.

This argument has been played out countless times before by well-intentioned, but ultimately misguided celebrities, so let’s take a minute to dissect M.I.A.’s problematic statement.

The grand misconception that anyone is ‘allowed’ to talk about Black Lives Matter. If it appears to be the case, it is the result of massive protests and mobilizations on a scale the U.S. has not seen sustained in decades. Yet, even public awareness and press coverage does not equate to safety or protection for those on the streets doing this necessary work.

The discourse is not new in a way that slavery or colonialism is not new. We should credit the founding organizers of Black Lives Matter for offering a new language to express a centuries-old struggle for freedom and personhood. So, please do not think colorblind logic asking us all to think ourselves into a post-racial world is new either.

Many Black activists and movement organizers expressed outrage against this idea using the hashtag #NotYourMule on Twitter.

I still stand behind the movements of PoC. And other oppressed groups. But I’m not going to lead it. That’s YOUR job #notyourmule

Furthermore, assuming others will take responsibility for our struggle negates the work already being done in our communities to address issues of immigrant, Islamophobia, and drone strikes. Rather than advocating for marginalized communities internationally, M.I.A. is perpetuating the myth that the South Asian diaspora is a silent onlooker to what happens in our own homelands.

Worse yet, rather than acknowledging her critics, in later tweets M.I.A. double-downed on her original statement:

My question was,on American platforms what do they allow you to stand up for in 2016. This has been the number 1 question for me.

As a brown girl and a fan, M.I.A.’s blatant disregard for the people living and dying in this movement is disheartening, to say the least. M.I.A. introduced to me to the idea that I could live unapologetically in the confusing and contradictory landscape that comes with growing up in a Diaspora.

While I can understand where M.I.A.’s comments originated, no excuses can be made for what has already been said. Her comments demonstrate the deeper prejudices many Desis hold while navigating this precarious position.