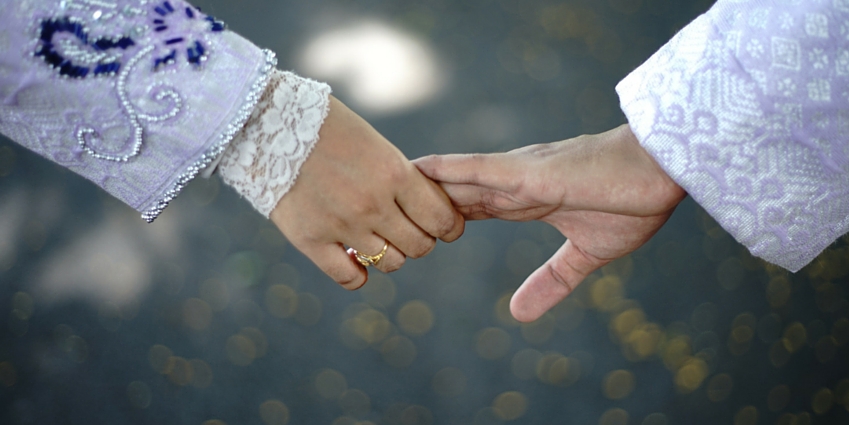 I’ve always thought the month of Ramadan, the time to worship and not indulge so much in worldly matters, would strengthen one’s bond, make hearts flutter with each other’s commitment to God, and at the end of a long day, conclude these amplified feelings, driven in animalistic hormones due to hunger and abstinence.

The soft gazes, the pursed lips, the fatigued expressions in slow speech would only be to reenergize at night, in which rewards of each other would lie; the melting in arms of bodies looking slimmed by fasting – the immense love in silence for keeping in-tune spiritually and the mending of two souls whose hunger for each other would not dissipate.

In fact, the anticipation of touch, taste and bodily desires would create excitement within the confines of such a sacred bond; the one given to a man and woman.

I’d always thought that despite the difficulties of maintaining focus on religious obligations, the compensation for the entire day – for waking up in the wee hours of the night, for standing in prayers and returning late nights to one’s abode – would only blossom upon return, having full knowledge of the few hours left to give in to desires.

How delightful each other’s sight must be, the subtleness of our existence, the acknowledgment of our blessings would translate into recharging our bodies, slowly but surely, to quench his thirst and hunger and for him, his realization of the beauty in my being; be it the slightly dried lips, or the clean “Noor” as my inner-glow, or the soft curly locks shaping my elongated face – that scent of tiredness lingering my body, would create elements of outward attraction; of a deeper resistance, nothing of such sort ever experienced in Western living…it would only happen in that very blessed month of the year, leaving them more closer, more satiated, more desired, and more spiritually uplifted than ever before.

To me, that would be my soulmate. The sexiest of all who’d prostate in sajdah, and at last find solace in my lap, in soft kisses and tender gazes, unable to resist and yet, committed to the betterment of finding ourselves, within ourselves in the light of God.