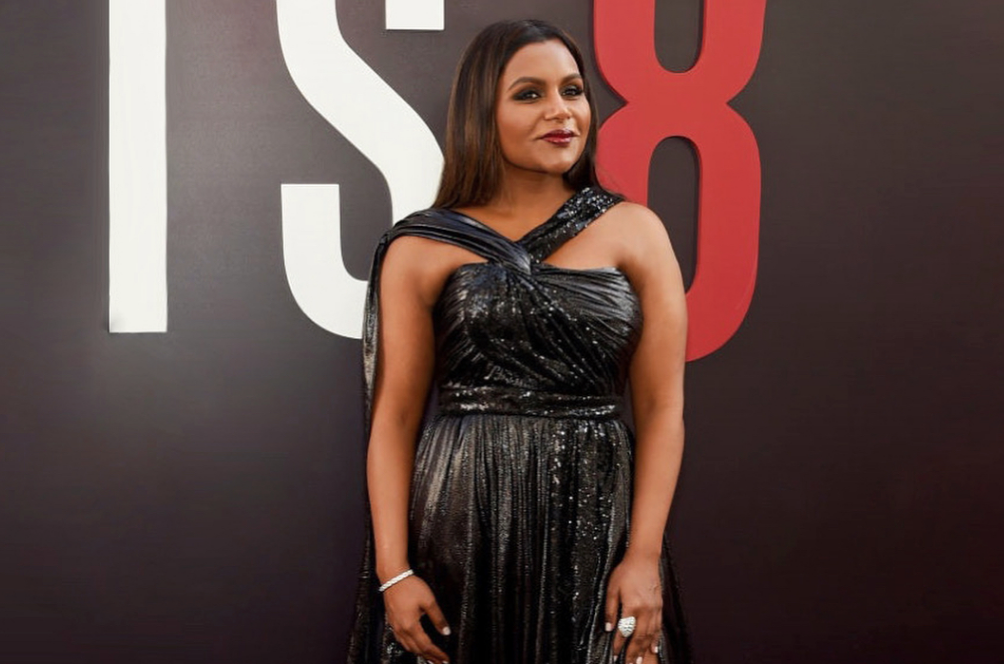 Today, is a very special day. It is the time of the year that we rejoice in the celebration of a South Asian American female icon; a woman who has made it in a city where few individuals of South Asian descent have succeeded — the city of Angels and the home of our favorite stars — Hollywood. Yes, all hail, Mindy Kaling!

The greatness that her on-screen presence has bestowed is a gift to be cherished for all women. Her character on “The Mindy Project,” Mindy Lahiri, not only made audiences laugh, but she gave young women of color hope as they watched someone who looked like them crush the glass ceiling. Mindy Kaling is a woman of many talents, and even before we knew her as Dr. Lahiri, she worked as a writer on “The Office, and played the character of Kelly Kapoor. One of the episodes that Kaling wrote, “Niagara,” was nominated for a Primetime Emmy. If you thought that was amazing, then fast forward from her days on “The Office” to 2018 and you will see that Mindy Kaling has continued to kill it!

Here are some of the top Mindy moments from the past year to celebrate her 39th birthday.

In August, just a few months after celebrating her birthday, Kaling confirmed that she was expecting a baby on the Today Show. The news began circulating in July and it was described by those close to her as an ‘unexpected surprise’. Kaling had consistently conveyed her desire to have children, and she expressed her excitement during her interview with Willie Geist. She also quickly began sharing her intent to raise the child as a single mother.

Just as rumours about her pregnancy were afloat, Kaling announced that “The Mindy Project” would be coming to an end. Kaling explained how the show was taken up by Fox in 2012 after her mother passed away, describing her green light for the show as a divine intervention, perhaps by her mother. Kaling had used her mother’s career as inspiration for the show. She was now ending that same show while expecting a baby girl. For Mindy Kaling’s fan squad the finale was an end to an era as they said goodbye to The Mindy Project with the completion of its sixth season. Yes, it was heart break central. At least we finally found out who Dr. Lahiri’s “the one” really was in this comedy of errors, and we can binge watch the entire series on Hulu (or Netflix, internationally).

Happy Mother’s Day to those of us who miss our moms. I have a kid now, who is the joy of my life, but each year that goes by, there’s even more I want to tell my mom about! What’s one thing you wish you could tell your mom? ??

In December, Kaling gave birth to a baby girl and named her Katherine Swati Kaling. Once again, she shattered gender norms, but this time in her personal life by giving her daughter her last name (while slightly teasing fans who were guessing the name of the lucky baby daddy). Many fans described the decision to pass on her name as a tough blow to patriarchy. Furthermore, she honored her mother whose first name was Swati by giving her daughter the same middle name.

The time following her daughter’s birth appeared to be much more eventful for Kaling than most mothers, as she showed up on the cover of Time Magazine. Kaling posed alongside Oprah Winfrey, Reese Witherspoon, and Storm Reid in the magazine’s first issue of 2018. The four co-stars promoted their film, “A Wrinkle in Time,” while simply the collective inclusion of these four women on the cover made headlines worldwide.

Well, speaking of time, Ava DuVernay’s Disney film, “A Wrinkle in Time,” released in March of 2018, in which Kaling played the role of Mrs. Who. In fact, Disney released a set of dolls resembling the characters in this film and fans were able to buy a little Mindy Kaling replica as Mrs. Who. Super exciting stuff for Kaling’s Spirit Squad!

Kaling has always been a very engaging and creative writer evident through her previous books and her television shows. Thus, many were elated to hear that Kaling was the creator of NBC’s “Champions” alongside Charlie Grandy. The show premiered in March and quickly secured its place in the hearts of Mindy Kaling fans. Kaling is the executive producer of the show and plays Priya Patel, although she only makes a few appearances on screen.

Oddly, a very well-known face in the western world, Kaling made her debut in India on the cover of Elle in May. Kaling absolutely stunned in a red dress! She discussed her career in a column that began with the subtitle, ‘the Magic of Mindy’. This year has certainly shared that magic. Kaling discussed how her career began and the journey onwards as a comedian. She attributed her success to her parents who believed in her and supported her decisions.

May was another happening month for Kaling as she announced that Hulu would present her next project, “Four Weddings and A Funeral.” The series will be an adaptation of the 1994 film of the same name, in an anthology format. However, we can expect a Kaling touch to the story that some may have previously read or seen. Hulu representatives shared their enthusiasm and stated that Kaling represented all the qualities that they aim to convey through their brand.

As many students crossed the stage in June and officially graduated, those at Dartmouth College received a special treat as Mindy Kaling returned to her alma mater to give a commencement address. Kaling gave all sorts of advice from careers, and dating to practical everyday tips; in fact, she even threw some shade at the president. The speech had a little bit of everything and we are all just a little bit jealous of those darned Dartmouth grads.

Finally, right before her birthday, Minday Kaling starred in one of the most anticipated films of this year, “Oceans 8.” A part of the ‘Oceans’ series and directed by Gary Ross, the film released on June 5th competing with films like “Deadpool 2,” “Incredibles 2,” and “Tag,” yet it managed to do well with audiences all over. Kaling acts in the film alongside a star-studded cast, including Rihanna, Sandra Bullock, Cate Blanchett, Anne Hathaway, Helena Bonham Carter, Sarah Paulson and Awkwafina! She has also been quick to turn down ‘white’ male critics.

Although, this list only encapsulates a few Mindy Kaling gems from the artist’s past year, she has had us gushing every day in 2018. Whether it’s watching her hilarious and sweet Instagram stories, following her tweets, or her on-screen presence, Mindy Kaling seems to kill it in every respect. Moreover, she is always making us laugh. Kaling fans are looking forward to an even more magical year ahead. Happy Birthday, Mindy Kaling!