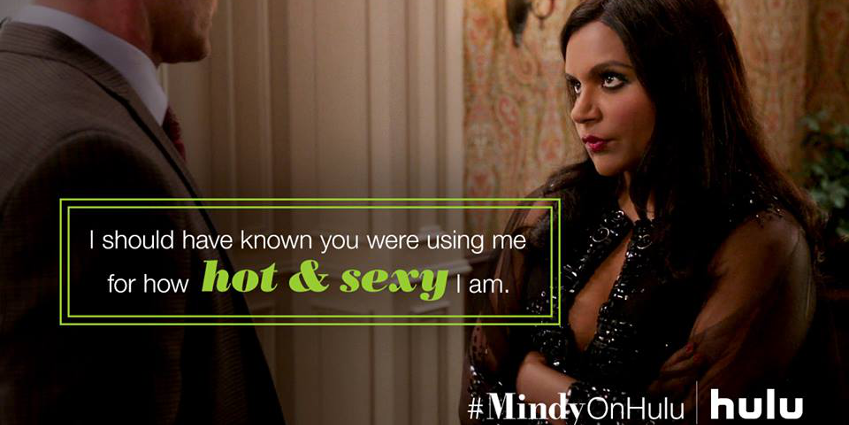 This week’s episode starts off with baby Leo Castellano (who seems to be getting cuter each week) and Mindy Lahiri at a music class. While the kids are playing with instruments, the mothers are discussing what pre-schools to enroll their children.

A few of the moms tell Mindy that they are sending their babies to Little Doorways, a prestigious private preschool. At first, Mindy defends public school by saying that she went to one and turned out great. However, when the moms make Little Doorways seem so exclusive, Mindy wants in. She sets out to prove the snobby women wrong and show them that she can get her baby into a private preschool as well. Since Danny is still across the country, Mindy’s last resort is to bring Jody as her fake husband to the school’s open house. There, Jody charms the headmistress, who agrees to fast-track Leo’s application.

In return for playing her husband for the night, Jody asks Mindy to be his fake girlfriend for when he goes to dinner with the woman he’s in love with, Anne-Marie.

His secret and continued desire to be with Anne-Marie is squashed when she tells him that she’ll never leave his brother. Devastated by this, Jody drinks his sadness away for the night and ends up at Mindy’s apartment the next morning smelling of bourbon.

Unfortunately for Mindy, the headmistress of Little Doorways stops by for a home visit and Mindy is horrified that she will see Jody in his drunken stupor. She pulls him away for an intervention and tells him to get it together.

Ultimately, Mindy helps Jody understand that he’s only in love with the idea of Anne-Marie and not actually her. That’s when Jody also helps Mindy realize she’s only trying to get Leo into the private pre-school because she wants to seem as good of a mother as the mother’s at the music class.

In the end, Mindy decides against Little Doorways and decides to send Leo to public school.

Brown Girls, which one of Mindy’s Indian outfits did you like the most?