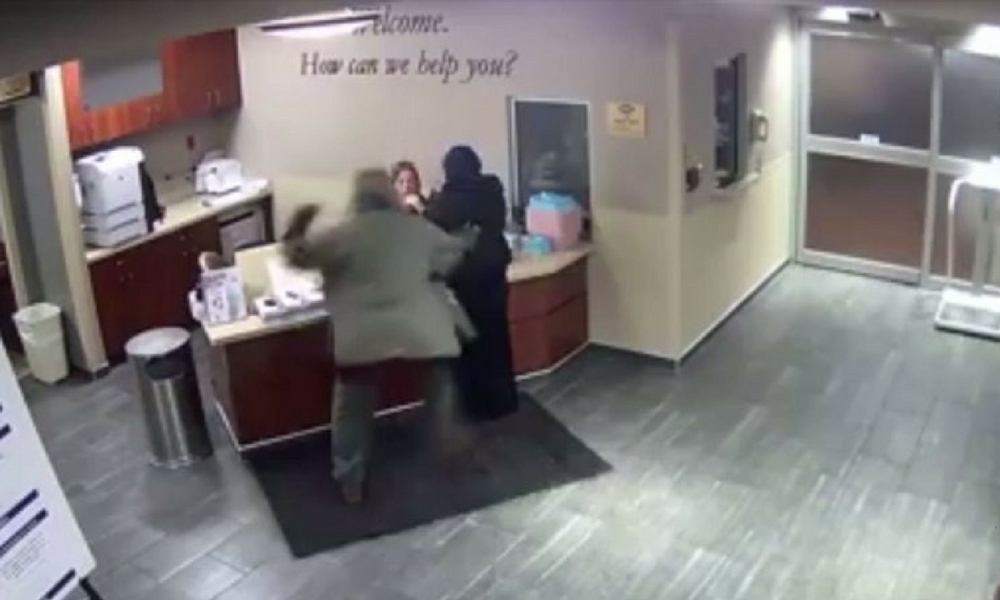 On March 30, a 19-year-old Muslim woman was attacked by a white man while checking into a hospital.

John Deliz had recently been discharged from Beaumont Hospital in Michigan and was asked to be seated in the E.R. waiting room for his ride. While walking towards the waiting room, Deliz began a vicious attack on the unidentified victim.

The woman had fallen on ice and wanted to check into the hospital for any possible injuries she may have sustained.

[Read Related: ‘Punish a Muslim Day’: Standing Together in the Face of Islamophobia]

Her attorney Majed Moughni claims that the victim never saw it coming. Moughni stated that his client has decided to sue Beaumont Dearborn Hospital for emotional damages and launch an official investigation as well.

Once the investigation begins only then will we learn whether it was a hate crime or if the attack was a “random occurrence.”

As a small message, if you witness any form of Islamophobia occur instead of being a bystander, please make sure that the victim is okay and ask how you can be of help.