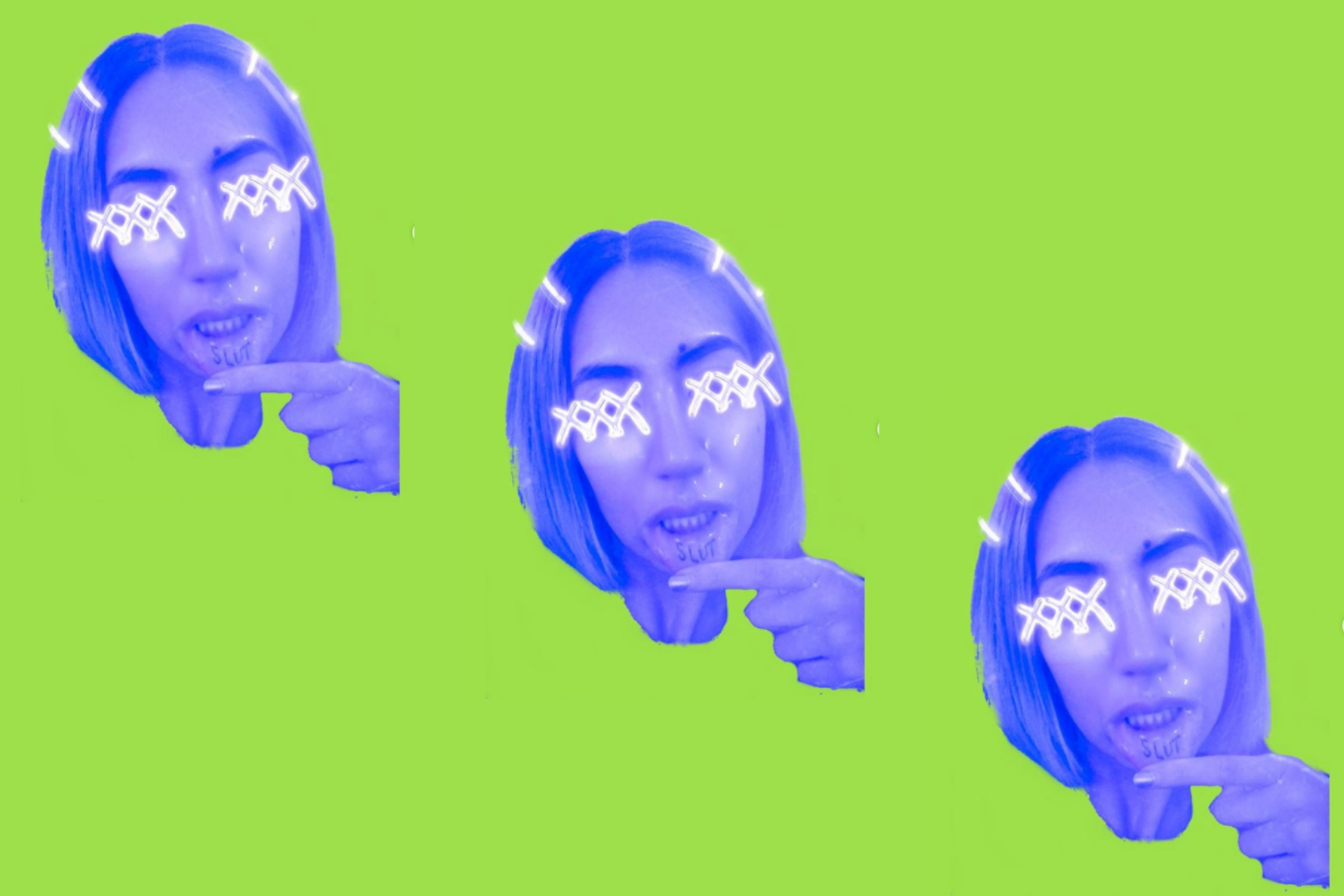 My name is Simryn Thind and I have the word “SLUT” tattooed on my inner lip. I know this may seem crazy and you’re probably wondering why the hell I would do this, but you will see why I did and how it promotes a message that the world needs to hear.

Being a woman, I have been called many names. Hoe, whore, hooker, skank and especially SLUT, to name a few. We have all been called names, whether it is behind our backs or to our faces and especially when we are not in fear of expressing ourselves. Recently, people on social media have called me such things and although it may not bother me directly, it bothers me that this is part of a larger problem that attacks women.

I believe that every woman has the right to express herself and that includes expressing sexual freedom. When a man has sex he is praised for the same act that a woman is shamed for. This double standard is increasingly becoming a problem in our society and directly discriminates against women.

Although my roots are Indian, I was born and raised in Canada, and my family immigrated to Canada in 1907. I always define myself as a Canadian first but will never forget my Indian heritage. I have always had an issue with my identity because I was too “white” to hang out with the Indian kids. This identity issue has followed me into adulthood as I get judged by the Indian community for being the black sheep.

I am very open with my sexuality and am never ashamed of it. This makes people highly uncomfortable. The Indian community puts another level of shame on the issue because Indian girls are “not supposed to be like that.” Like it wasn’t hard enough being a woman in general, now with being an Indian woman I have to deal with more judgment. So I decided that it was time I put an end to this.

On a night out to the bar in West Hollywood with all my gay friends one night, we were calling each other sluts and hoes like we always do. In my circles, this is a compliment. We love our sexual freedom and as long as we are safe and it’s consensual, we are generally proud of having sex. It is never looked at as a bad thing when we have sex, call each other whores, dress scandalously, or “walk of shame” it home from a one night stand. After a few margaritas, I said I was going to get “SLUT” tattooed on my inner lip and everyone dared me to, thinking I would never go through with it. Well, a few months later, I eventually did it (while I was sober, of course).

I have more than 30 tattoos and they have become a part of my identity. It is my favorite form of self-expression and it says so much about who you are without having to say anything. I even get them wherever I travel so that my body is a map of where I have been and the experiences I’ve had.

That being said, I don’t try to take them too seriously so I have fun with them. I’ve gotten a few tattoos when I’ve had one too many drinks and even have lips on my ass to insinuate “kiss my ass.” I got “SLUT” tattooed by Vikas Malani, Body Canvas Tattoo, in Mumbai, India. He loved the idea! Although everyone calls me insane when they see it, they also love it.

[Read Related: Life After Grace: ‘Times Up’ is Just the Beginning of Our Conversation Around Sexual Harassment]

Aside from it being a badass tattoo, it also carries a message—a message that resonates with other women. My goal is to take the negative power away from this word that is so often used to shame women who embrace their sexuality. Women need to have an equal voice and not be stigmatized for doing the same thing that men are praised for. I believe it is my responsibility to take a stand against sexism and derogatory labeling to promote gender equality and sexual freedom.

Also, I am in the early stages of starting a clothing line that promotes empowering women and the LGBTQ+ community. It will promote sexual freedom and gender equality as well as shedding a positive light and putting a humorous spin on derogatory labeling. It will remove the negative connotation of the word by including sexually suggestive quotes, imagery, and words on clothing.

I am so lucky to have people around me that are supportive of my choices and never judge me for my decisions. This is why I finally feel confident enough to start this. Although my family has always supported me, it took me a while to find friends and a boyfriend who I could fully be myself around. I know not everyone is as lucky and that it is difficult to express yourself sometimes.

If even one woman reads this and feels better about the time they may have been attacked for freely expressing themselves, I will have done my job. And girls, as long as you make safe decisions that make you happy, it’s okay to be a slut (just be safe, obviously).

Simryn Thind is a Canadian fashion stylist, creative director and model. Her passion to create has brought her into this line of work and has led to her over 30 tattoos. Her love for travel and to experience different cultures has encouraged her to visit 26 countries and live in 3 different countries. Because of her confidence and ballsy fashion sense, her modeling and styling work has been published all over the world.