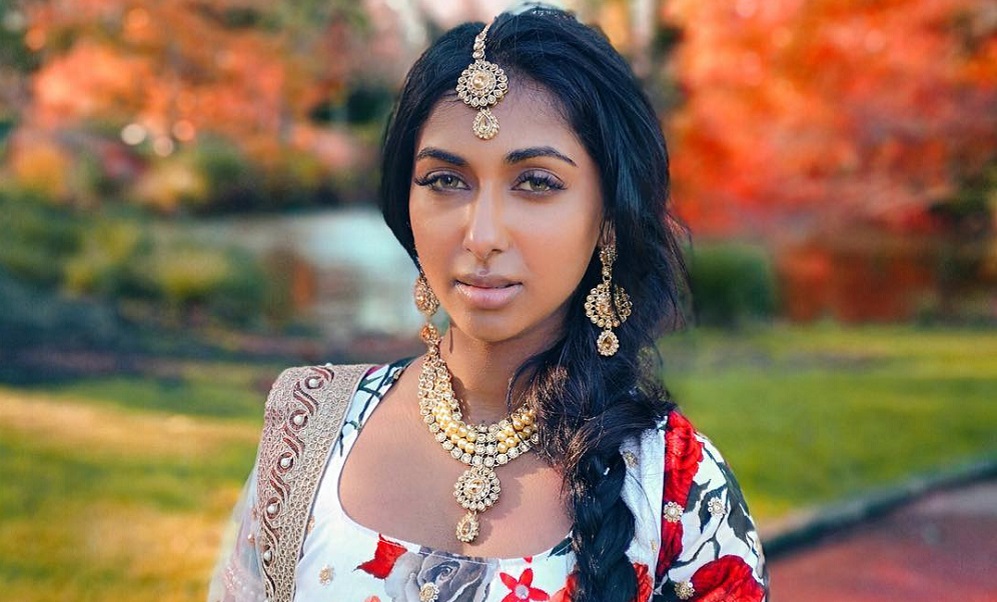 There’s a magic to watching a movie on the big screen. There’s a magic to getting enveloped by the story and the world that it brings to life. There’s a magic to seeing a character on screen who you can relate to and emulate. But that is where the film industry and South Asian media, in general, falls short. From advertisements that showcase products like Fair and Lovely to the fact that darker skinned actors rarely get leading roles in films, the media has shown a strong preference for light skin.

None of this has stopped Sabina Jey. Dark-skinned and standing at five feet tall, she did not fit the media’s skewed parameters for beauty. However, Jey did not give up. In fact, she made it her mission to fight colorism.

Stop seeing your skin colour as a flaw and start seeing is as a gift from God to change society’s fucked up view of what it means to be beautiful. Be the change you want to see. Dark skin is the shit. In celebration of @unfairandlovely To all the lovely girls who have ever felt insecure about their colour pm me or comment your story for a chance to feature on my insta.

I had the opportunity to sit down and chat with Jey over the phone about her unique journey. Born and raised in New Zealand, Jey grew up with a love for Tamil movies. Jey officially kicked off her modeling career in 2014 and began actively chronicling her fitness journey on Instagram.

However, everything changed when an ex-boyfriend decided to make a degrading post about her – a picture of a black dog referring to her as a “black bitch.” Rather than be deterred, Jey decided to talk about it. In a heartfelt post, she spoke about the importance of loving the color of your skin and not viewing yourself as unattractive.

“People don’t realize that their words of judgment can phase someone so much. It’s not only harmful to me, but it’s harmful to a society that has only recently changed its attitude towards darker skin tones. People have to understand that someone’s ethnicity and skin color is something that can never be changed and using that as an insult is ignorant,” she wrote.

As fate would have it, the post blew up.

These issues included bullying, letdowns, dealing with strict brown parents, and other tribulations many in the desi community grapple with.

When the post went viral, it opened the floodgates to other opportunities. Jey secured an acting role from director MA Bala on her first Tollywood feature film, “Kaadhal Nagaram.” She began to campaign for Dark Is Beautiful, doing video work for them and contributing to blog posts about the different aspects of being dark.

“There need to be more dark-skinned actors in the [film] industry to change people’s perspectives on beauty,” Jey stresses.

She notes that actors in movies are not representative of people in real life, who have a range of skin colors. This is especially true in southern parts of India, where a large portion of the population is dark-skinned. Jey commented on how despite this, girls of dark skin are cast as villagers while those with a fairer complexion are chosen to be the leads in movies and advertisements.

“If people want to lighten their skin, it’s their choice, yes,” Jey admits. “But dark-skinned people shouldn’t receive hate for simply choosing not to.”

This is the crux of Jey’s message. Nobody should feel forced to change their body just because the media does not positively showcase their body type. No one should let the media and outside judgments stop them from doing what they want to do.

After she made the decision to get plastic surgery last year, Jey was surprised by the backlash she received. Many commented on Jey’s supposed hypocrisy.

“Everybody had to comment on it. A lot of people were questioning why I did it. They thought it was hypocritical for me to get plastic surgery while fighting colorism. There was a lot of hate from the online community,” Jey confessed.

She had gotten her nose done, her chin enhanced, her under-eyes done and had some Botox. Jey had been open about her intentions to get plastic surgery done for a long time, both publicly on social media and with her close group of friends.

“These were completely my own actions, and I was fine doing it because it was to make me happy,” she stated. “They did not affect anyone else’s life.” Her body, her choice.

Despite some criticism from individuals online, many of Jey’s followers were very supportive. She received countless messages from other women confessing that they too wanted to get a surgery done, support that she reciprocated.

Jey has since gone on to found her own social media management company, Sabby Jey Social Limited, and has worked as a brand ambassador for mobile phone giant Huawei, as well as other local New Zealand brands that reflect her values.

“Today, I see myself as a dark brown girl who has finally realized the beauty within her,” Jey wrote in her initial viral post about loving her skin. “I refuse to believe beauty is based on color or that dark skin is less attractive than fair skin. And I will continue to believe this as many strong dark women do. I know one day everyone, everywhere will understand this.”