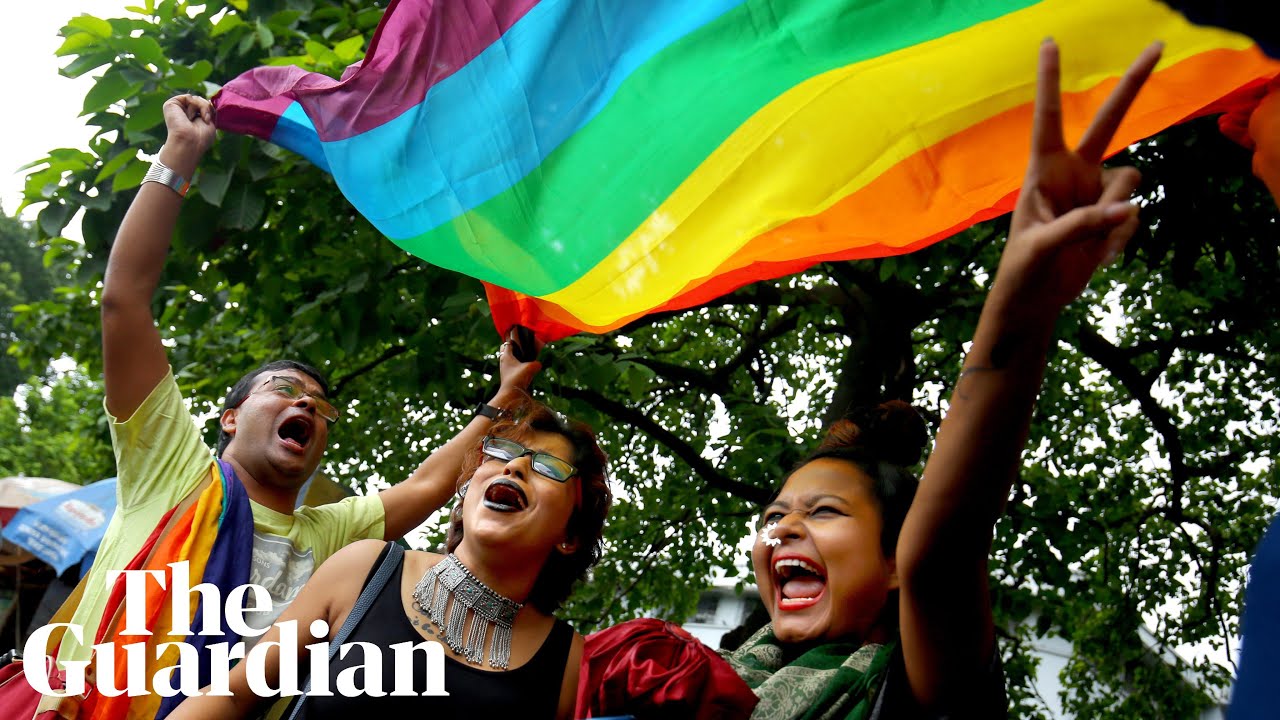 In September 2018, India captured global attention after it struck down a 157-year-old law that made gay sex illegal. Millions of Indian and LGBTQ activists around the world cheered as they woke up to the news – and for good reason. The ruling will undoubtedly have a large impact on human rights, Indian culture, and the mental health of the LGBTQ community for years to come. We explain how exactly and why September 6, 2018, represents such an important milestone for the world and gay community below, even as Americans face issues with trans rights in the US at this moment.

1) For Many Indians, the Ruling Marks the True End of British Colonization

According to Foreign Policy magazine, Section 377 was India’s “last colonial burden,” a sentiment many agree with. For thousands of Indians, the decriminalization of gay sex represents yet another win in their fight towards freedom.

“It’s like a second freedom struggle where finally we have thrown a British law out of this country,” LGBT activist Harish Iyer told the BBC.

After the British passed Section 377, 157 years ago in India, countries around the world adopted similar policies. Now that India has finally struck the law down, it’s possible others may follow.

“The sodomy law that became the model everywhere, from Uganda to Singapore to the U.K. itself, premiered in India, becoming the confusing and dehumanizing standard replicated around the world,” Jessica Stern, an executive director of New York human rights group OutRight Action International, said. “Today’s historic outcome will reverberate across India and the world.”

Regardless of whether or not other countries follow suit, India’s recent actions have made world history. By striking down Section 377, the world’s second most populous nation and the largest democracy in the world removed a huge restriction placed on same-sex couples. Such a move sends a powerful message to the rest of the world, particularly those 72 countries and territories where same-sex relationships are still illegal.

Some say it also reflects and may encourage a global cultural shift in attitudes towards the LGBTQ community.

4) Millions of Indians Will Be Safer

As a result of Section 377, many LGBTQ Indians suffered all kinds of harassment. It was so bad that some LGBTQ Indians feared reporting rape out of concern they would be arrested. This ruling may make the lives of many individuals’ safer.

Despite the decriminalization of gay sex, the anti-LGBTQ sentiment still remains embedded in the highly conservative Indian culture. However, many think the ruling may help change hearts and minds, encouraging further anti-discrimination law as it begins to normalize the LGBTQ community in India. This could ultimately pave the way towards a safer and more inclusive future.

“Laws almost always play an important role in changing mindsets, and by recognizing the community’s right to love, the Supreme Court has restored the dignity denied to them for a very long time,” comments Geeta Pandey.

6) In The Long Run, it Could also Help Change Oppressive Indian Norms About Sexuality and Gender Perpetuating Other Social Problems

Such acceptance may also have a ripple effect as it impacts other important social issues India needs to work on, like violence against women. By challenging oppressive sexual and gender norms issues such as toxic masculinity may also be thrown further into the spotlight for dissection.

Politically, the ruling enhances India’s global reputation, bolstering international relations and saving “India from the shame of being one of the remaining countries in the world that criminalizes homosexuality.” Already the UN has applauded the country’s move.

“Sexual orientation and gender expression form an integral part of an individual’s identity the world over,” the UN said while praising India’s actions.

While many Indian mental health professionals can no longer deem homosexuality as a mental disorder, the fact acts are such that this vulnerable population feared repercussions if they opened up too much. The Indian Psychiatric Society was one of those loud voices calling for the end of decriminalization partly because of this. Now, however, patients may feel more comfortable fully opening up, thus receiving more effective treatment for their true mental health issues. Professionals may consequently be able to better help their homosexual patients.

The ruling undoubtedly bolsters the mental health of LGBTQ individuals. Already millions have come forward expressing their jubilation, while many feel emboldened to come out now instead of hiding in fear.

“I hadn’t come out to my parents until now,” said one Indian activist. “But today, I guess I have.”