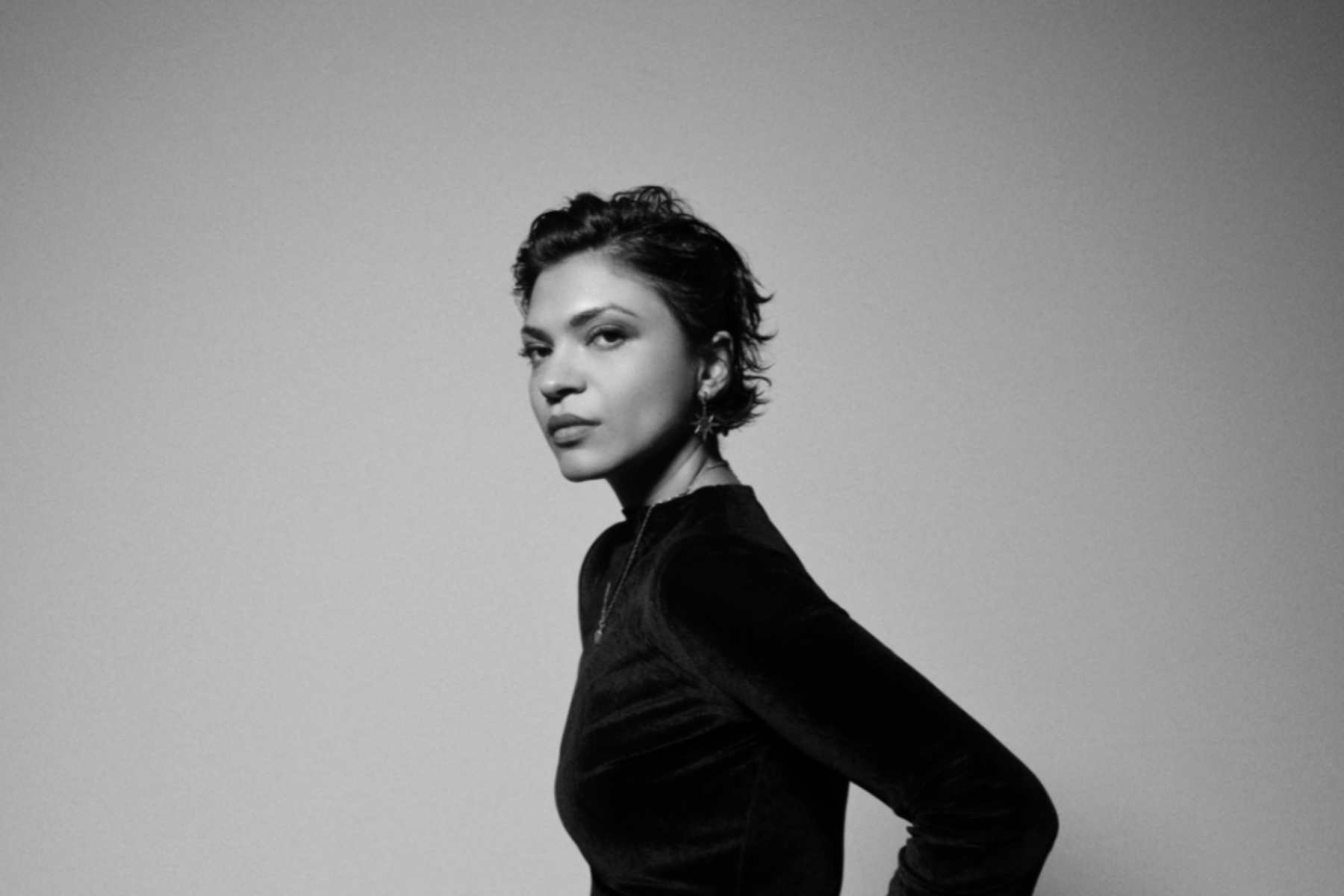 Nisha is of Indian descent born in Nigeria and was brought up primarily in the biggest cities in the United States. They described their music as, “eclectic, empowering, and deeply emotional.” “Nina Simone, A. R. Rahman, Mariah Carey, Leonard Cohen, and Rihanna,” encompass their musical influences. Nisha’s dream collaborations include Frank Ocean, Robyn and A.R. Rahman due to their compositional styles. Their hope is for their work “to put people in the mindset to process who they truly are, and to come into their own power.”

I had the opportunity to interview them to learn more about their musical journey and the meanings behind their music.

Firstly, I started our interview off around how Nisha goes about making new music.

I always start with improvising. Teasing ideas out over chords. Sometimes I have a specific concept, sometimes it’s just a feeling I want to articulate. I love writing collaboratively as well, having songs come out of conversations.

Secondly, we moved on to talking about Nisha’s Paris E.P. and how it was such a magical experience. They talked in detail about the 5 to 6 collaborators working on pieces at the same time. Nisha opened up about recording most of the project in the middle of the night.

The whole Paris Ep was such a trip. I ended up in Paris unplanned after my publisher sent me to a writing camp in Finland. After camp was done, I called up the producers in Paris and just kind of showed up to the studio. Those guys were such a blast and we made a lot of that music in the middle of the night. It would be 5-6 collaborators all working on different pieces of the same song. Ever (Mihigo) would play bass, Sam the Poet and I would be working on lyrics while Machynist and Somex1 were cooking the beat. At 4 a.m. I would jump into the booth. My emotions were so raw from staying up all night. It was an incredibly special process. It was magic.

Thirdly, we continued our interview with Nisha talking about the story behind their project 11:11.

11:11 is a story of identity and addiction. It’s about how being attached to the past can get in the way of living in your truth. All of my music is about evolving and opening up the boundaries that are limiting to an honest experience of life.

Fourthly, artists often succumb to writer’s block. I asked Nisha about their thoughts on the concept and the strategies to get through it.

I don’t push through it. But I won’t give up either! If there’s a wall up I tend to think it’s there for a reason. I just look for other things to do with my creative energy. This sounds weird but cleaning really helps or doing some other task that lets my mind wander. I think you have to go deeper within if you’re stuck but you can’t force it, you can trick it sometimes. If I’m dry on inspiration I usually need total rest or total chaos — something new. Chasing my fear and being in nature also always works.

Fifthly, throughout history artists of different backgrounds have faced adversity in the music industry. Nisha elaborated on their thoughts and opinions on the topic.

Sure, I think artists at every level face certain similar challenges. The industry isn’t really set up to support artists that are not releasing huge commercial songs with labels. Artists that are chasing originality rely on grassroots support which takes time to build up. I’ve been on both sides, releasing with labels and doing things by myself.

The logistics of how artists are being paid out are also prohibitive to making a living wage. The few top spots that are compensated astronomically are reserved for artists who go through the label system. Similarly, This is tainted with prejudice, nepotism and favoritism. It’s a microcosm of the world. It’s not a meritocracy, but they do try to tell you it is. This creates a whole other mental health issue.

Anyway I’ve been so lucky to have a really incredibly supportive community of go-getters. I’ve had so many opportunities come through fans who reached out on my behalf and just made shit happen.

In conclusion, Nisha stands for an equality mindset. In their words, “dismantling the self-limiting beliefs that we acquire by having to participate in systems based on patriarchal and colonial hierarchies.” They hopes to start touring depending on the climate of the pandemic and will continue to release new music. Their upcoming plans include releasing their first album with @4nCurrency which is an entirely South Asian label based in the UK. It was founded by hip hop legend Pavan Mukhi of Foreign Beggars. The album comes out in May and is a “sonic synthesis of love of hip hop and pop songwriting.” They are also looking forward to “connecting with more like-minded individuals through the release of this music.”