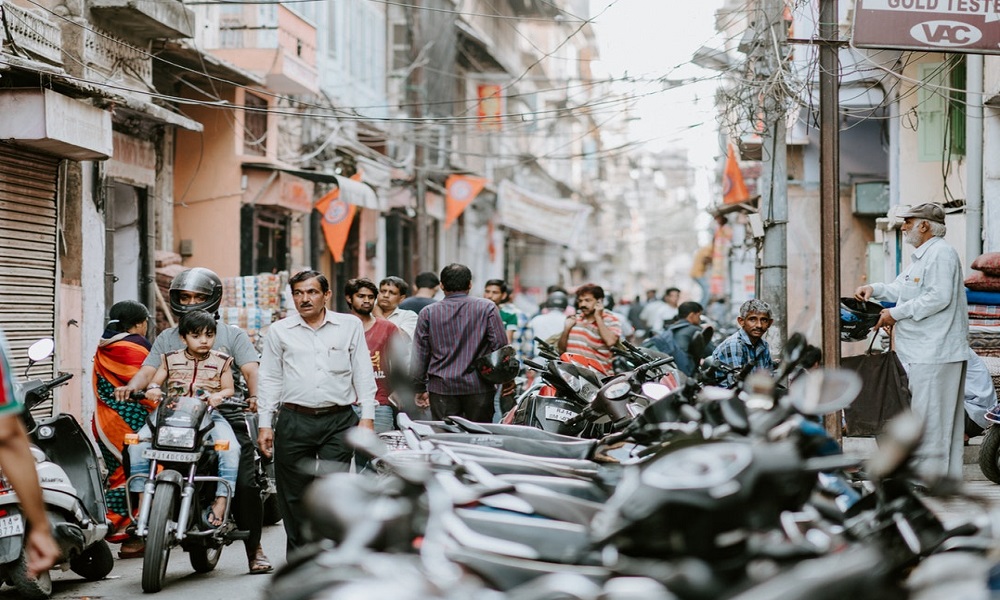 My family moved to America from Madras when I was 5 years old. At the time, I was old enough to have memories from a short childhood in India. I was already fluent in my mother tongue, Tamil. I grew up understanding many of the cultural, religious, and social practices of Southern India. I was also young enough that I was able to seamlessly assimilate into “American Culture.” I have no accent. I understand (most) pop culture references. Moving at this age enabled me to be an effective bridge between the two worlds.

Nevertheless, there are a lot of things that are uncomfortable about being an immigrant. One of the things that bothered me the most was how incongruent my experience of India was with the understanding of India held by many of the non-Indians I met. When I was younger, I encountered this discrepancy with a confusion that I now recognize as being at least some part shame.

Today, I understand that this discomfort is not through any fault of my own, but due to an incomplete Western understanding of the diversity of India. For reasons that can be explained through Colonial history, economic factors, and migration patterns, North Indian experiences dominate the Western narrative about India.

The first foreign contact to the Indian subcontinent came from the north. From Alexander the Great to the Mughal and Persian empires, all invasions, and by extension all cultural exchange took place from India’s northern borders. According to Modern World History India had not ever been invaded from its coastal borders until well into European colonial times. As a result, the first impressions of Indian culture were formed by experiences with Northern culture. These first impressions have had a lasting impact on today’s impressions of India. Western impressions of Indian food, holidays, and entertainment continue to be dominated by primarily North Indian influences.

Fun fact: Chicken Tikka Masala, arguably the most popularly known “Indian” dish is a dish of Scottish origin. This example is one among many that illustrates the endurance of colonial narratives and their stereotypes of conquered people.

[Read Related: The Colonial Eye- As the British Saw and Described Indians: Maharajas and Baboos Satirized]

In today’s world, many of India’s southern states may be the economic powerhouse of the country. But, during Colonial times, this position belonged to regions in the northern half of the Indian subcontinent: Gujarat and Bengal. In the late 18th century, textile exports from Bengal accounted for nearly 40% of all trade conducted during this period. The silk-cotton trade between Gujarat and Bengal supported one of the most influential trade industries of the era. As a direct result of this economic importance, it is likely that the culture from these areas of India were dispensed throughout the world at a much earlier time relative to culture of other parts of the country.

Following the end of British colonialism there was a period of Indian immigration. During this initial period, the Migration Policy Institute explains, primarily low-skilled citizens from Punjab (a part of North India) immigrated to the United Kingdom and America. In America, these immigrants joined other Asian immigrants from China and Japan to work in Californian farms. This immigration period was brief: shortly after it began, the United States began enforcing new immigration restrictions. As a result, these first Indian immigrants were able to assimilate into American culture and establish themselves long before the more diverse modern influx of Indian Americans began in the 90s.

Understanding these factors as they contributed to the way people saw me and my culture was a great help in understanding myself and those around me. I don’t mean to be reductive or divisive in characterizing India by simply using “North” and “South” designations. I understand that the culture of India is extremely diverse and far more nuanced than that. I am certain there are people from North India who may feel just as disgruntled by Western perceptions. I also understand that there have been many changes to India’s northern borders and that I am painting with a broad brush. My intention is to illustrate an experience and a logic that has helped me.

From this exercise, I have learned that though it is never anyone’s obligation to be an ambassador for their culture, I can take pride in sharing my Indian heritage, contributing dimension to most people’s understanding of India. Every time I tell someone I was born in India, and the first question they ask is “Do you speak Hindi?”, it is a new opportunity to proclaim “I am South Indian. I speak Tamil.” I eat dosa. Rajini Kanth is my hero. I dance Bharatanatyam. I am South Indian. I am here. My experience is just as valid as the more widely exported impressions of my country.