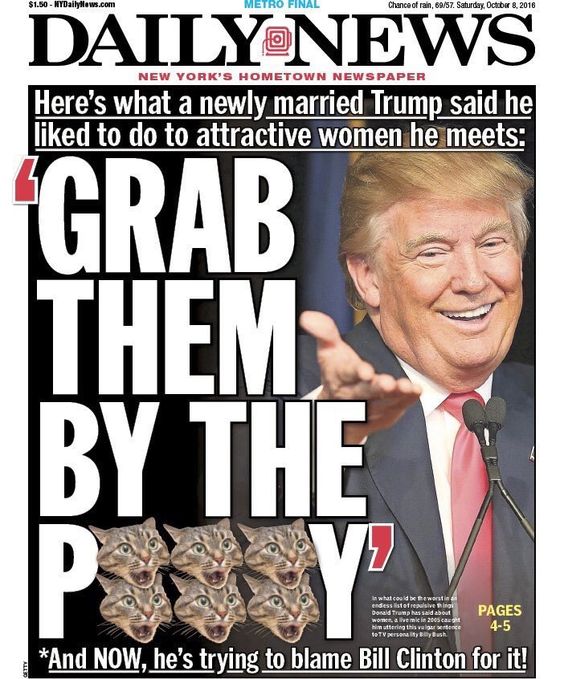 Just a week ago, a man who has managed to offend and threaten many American minorities was elected to lead the free world. Each day since then, the country’s most vulnerable groups have engaged in a deserved collective mourning in hopes of achieving collective healing.

Many have taken to social media to voice their anger, sadness, and fears, while many have receded into the shadows to process what the consequences of this election will mean for their safety, or lack thereof.

1. 100% of them cast their vote for a candidate who was openly racist.

In addition to his numerous racist sound bytes during the course of his campaign, Trump has actually been sued by the Justice Department for refusing to rent apartments to black people. He has consistently deflected discussion of these lawsuits by proffering that the claims were settled.

2. 100% of them cast their vote for a candidate whose very campaign was built on xenophobic rhetoric.

Since June 2015, Trump has gone on and on about building a wall along the southern border in order to inhibit Mexican migration.

3. 100% of them cast their vote for a candidate who stereotyped Mexican immigrants as “drug dealers” and “rapists.”

4. 100% of them cast their vote for a candidate who proposed a ban on Muslim immigration and condoned a registration system for Muslims living in the United States.

At a rally in Charleston, South Carolina in December 2015, he roared to thousands of cheering attendees:

“Donald J. Trump is calling for a complete and total shutdown of Muslims entering the United States until our country’s representatives can figure out what the hell is going on.”

5. 100% of them cast their vote for a candidate who is unapologetic about his homophobic and transphobic ideals.

In an interview with Bill O’Reilly on FOX News, when asked about his views on gay marriage Trump explained:

“I just don’t feel good about it…I don’t feel right about it. I’m against it, and I take a lot of heat because I come from New York. You know, for New York it’s like, how can you be against gay marriage? But I’m opposed to gay marriage.”

“It’s like in golf. A lot of people — I don’t want this to sound trivial — but a lot of people are switching to these really long putters, very unattractive. It’s weird. You see these great players with these really long putters, because they can’t sink three-footers anymore. And, I hate it. I am a traditionalist. I have so many fabulous friends who happen to be gay, but I am a traditionalist.”

6. 100% of them cast their vote for a candidate who was uninhibitedly misogynistic.

There’s just too much quotable material in this realm. From deploring women as unattractive to calling a woman “disgusting” for needing a break to breastfeed, Trump is the superlative of sexism.

7. 100% of them cast their vote for a candidate who dismissed sexual assault as “locker room talk.”

8. 100% of them cast their vote for a candidate who is endorsed by the Ku Klux Klan.

In fact, a KKK leader in Virginia told a news reporter that:

“The reason a lot of Klan members like Donald Trump is because a lot of what he believes, we believe in.”

9. 100% of them decided that all of the above was acceptable. Acceptable enough for them to cast their vote in his favor.

10. ZERO percent of them get to avoid accountability for his election or demand an iota of respectability or understanding.