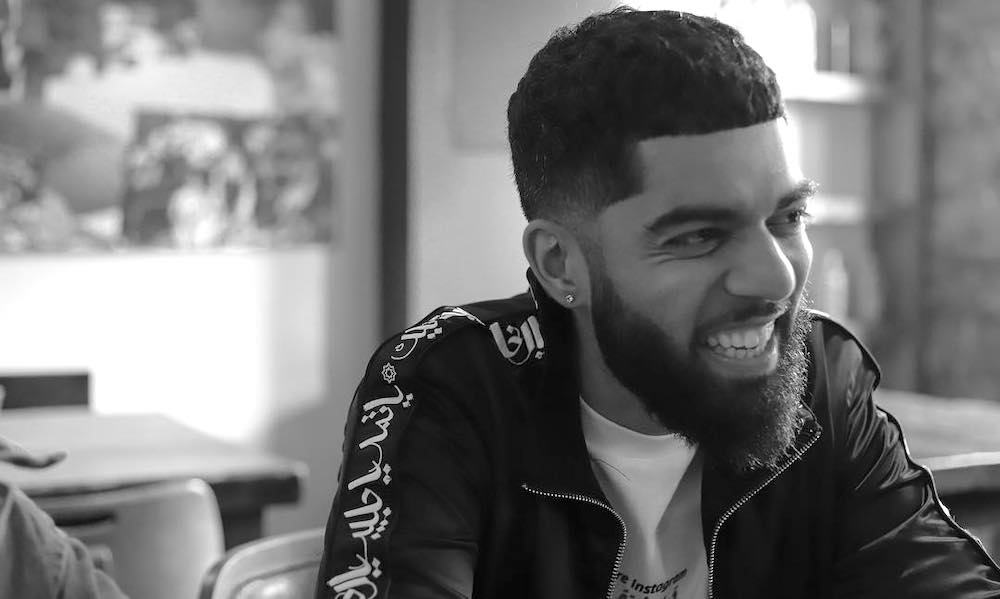 “Overnight success stories” hardly ever occur as quickly as they seem—even the biggest stars take years to reach their prime. What makes a successful artist is an unwavering commitment to excellence, a dedication of countless hours “in the gym” finally to get their moment to shine. Consistency has been key for Maryland-based rapper Moe Vision, whose passion for creating music has shaped his journey since he first started making records in 2006. He captured his meandering journey in his latest project, fittingly titled “Changes,” which hit the airwaves on Nov. 15.

A Slow and Steady Rise

Born Muhammad Ahmad in Washington, D.C., Moe Vision has been dropping records since his community college days in Maryland. And while his earliest tracks were not meant for public consumption, they played an integral role in helping the Pakistani-American rapper develop his identity as an artist.

“I would write in class to cope with the stresses in my life, and those [musings] eventually became raps,” he says. “I made an album in 2006 that, looking back, was not good, but it helped me understand myself and what I was going through at the time. I didn’t flip a switch to suddenly become a musician—I’m living and simply trying to understand my existence by making music about my life.”

Music video to “Ones” Out Now! (Link in bio) Shot by @thebeardedchild

Moe Vision was publishing music long before streaming services like Spotify and Apple Music existed. Gaining overnight fame through Facebook shares or a large Twitter following, or going “viral” with a YouTube video wasn’t a thing yet… As such, the music landscape in 2006 was vastly different then as it is now. The only way to “make a break” as an artist was to secure a major record label contract and radio spins. Moe Vision’s earliest records, released on MySpace and DatPiff, attracted no more than 100 plays per song.

[RELATED: ‘Mogambo’: Riz Ahmed’s New Single is an Anthem for the Unwanted]

Over the years, however, his following has steadily grown through increased music output and social media exposure, and his newest releases on SoundCloud boast thousands of play per track. From barely reaching listeners outside his immediate circle to performing concerts in cities like Toronto, attaining this level of success has taken more than a decade. But gaining recognition in an age before “Insta-fame” has helped the rapper maintain perspective of what it means to be successful.

“The fact that it happened so slowly makes you almost not realize what happened. Going from 100 views to [what it is] now is wild, and it’s been important to take a step back and live in the moment. There will always be someone ‘bigger’ than me, but I will never be happy if I don’t appreciate how far I have come.”

The first in his family and certainly one of the first in the South Asian diaspora to pursue a career in hip-hop music, being a pioneer has come with its share of hurdles. Moe Vision admits that trying to make it in an industry in which few people share his experiences created roadblocks. The internal familial and communal pressures to focus on a more “realistic” career path were burdens he’s continued to carry. However, Moe Vision takes these challenges in stride and is loathe to complain about his circumstances.

“Everyone has their obstacles. Other artists’ may have the full support of their families, but struggle in different ways. I have my own struggles. I’m the first to do music in my family, and I knew it was going to be hard. But it’s going to get better—it already has.”

What title are you feeling the most?

Moe Vision reflects on these struggles, and the overarching journey he’s taken as a musician and as a man in his latest album, “Changes.” The record, a mix of melancholic memories, restrained braggadocio, and party vibes, is a chance for the listeners to veer into the world of the Maryland rapper. Better yet, Moe Vision hopes that in learning more about him, the listeners will begin to learn more about themselves as well.