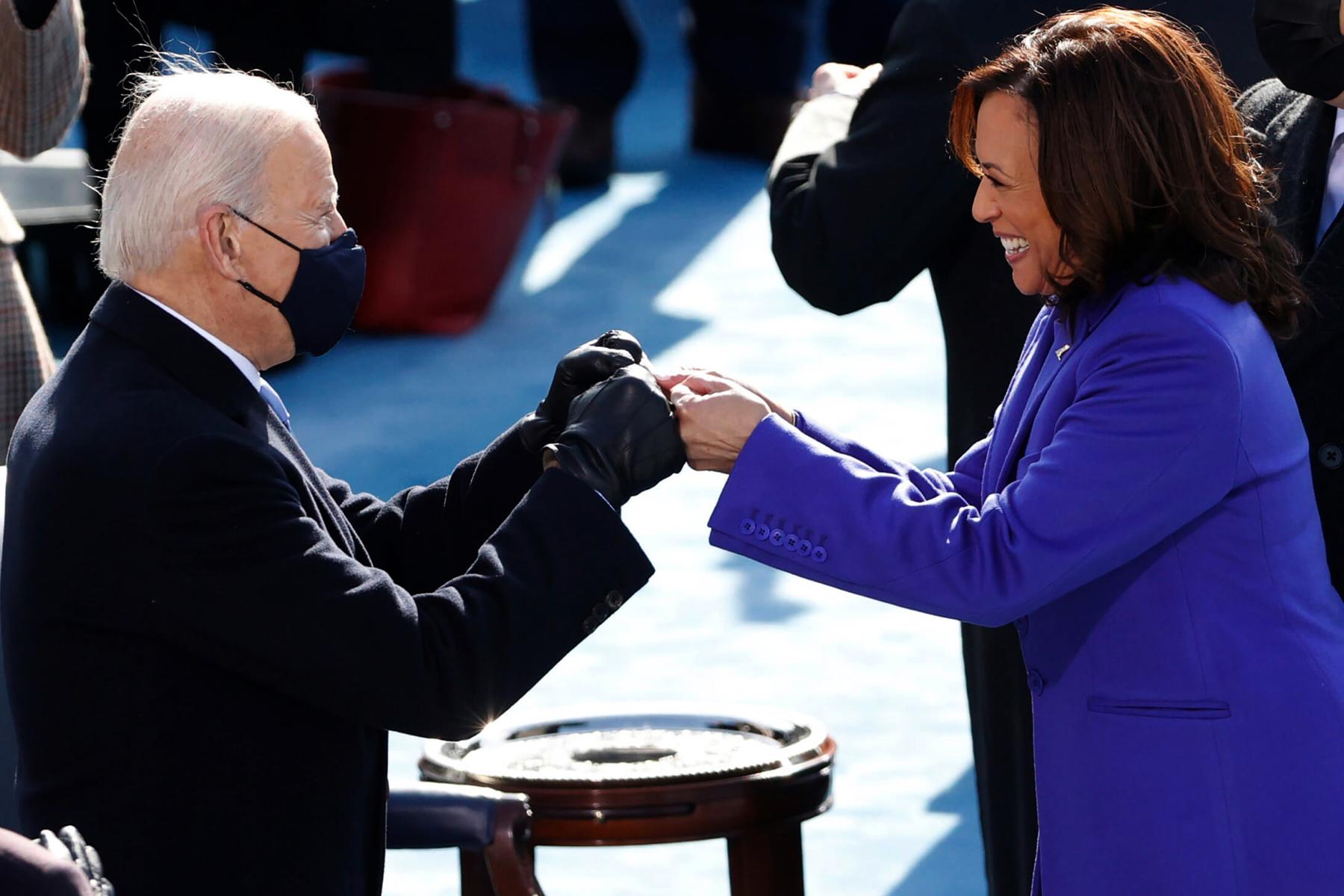 President Joe Biden and Vice President Kamala Harris during the inauguration on Jan. 20, 2021. Photo by mccv via Shutterstock

It’s been very apparent in recent weeks that Prime Minister Boris Johnson has been looking to align himself and the U.K. with the new Biden-Harris administration in the U.S. He was one of the first officials to congratulate President Joe Biden on his win and condemned the riots on Capitol Hill (much to Donald Trump’s annoyance). A recent 35-minute phone call between the two leaders suggests a continuation of the special relationship we’ve come to know between these two countries.

However, Trump’s time in office no doubt influenced and empowered Johnson. Johnson’s support for Brexit and tapping into a population that idealises the time when the U.K. was “whiter and more homogenous” led to the notion of “taking back our country.” This ideology ran parallel to Trump’s “Make America Great Again” rhetoric, having consequences for ethnic minority citizens.

According to the Middle East Eye, “Johnson needed a Trump victory because it gave such weight to his own political project, which is likewise defined by nationalism, isolationism and a contempt for conventional behaviour.”

Issues pertaining to immigration were rife across both sides of the Atlantic. Trump was adamant in wanting to build a wall to keep Mexicans from crossing the border. Meanwhile, the Windrush Scandal, where people who had been born as British subjects and arrived in the U.K. before 1973 were wrongly detained and threatened with deportation to Jamaica by the U.K. Home Office, gripped the U.K. in 2018. At least 83 wrongful deportations took place despite public outrage, and many individuals were denied legal rights, The Independent reported.

The Biden-Harris administration brings with it a very different outlook on immigration — one that might leave Johnson extremely lonely on the world stage. Given that Vice President Kamala Harris is a woman of color and a daughter of immigrants, targeting specific communities the way the British Home Office has is not likely to be regarded favourably, either.

With repeated public outrage at how Johnson has handled the COVID-19 pandemic and a lacklustre apology, Biden’s hands-on approach to getting the pandemic under control in the U.S. may set an example for how the British Prime Minister proceeds as frontline workers race to vaccinate as many people as possible.

The new administration also signals the return of an ally and a special relationship with the U.S. that has been missing for the last four years. Despite clear differences, Biden and Johnson do have common ground when it comes to climate change. The COP26 Conference is to be hosted in Glasgow next year, and in what might be seen as a dig at Trump, Johnson told the Associated Press:

“I think now with President Biden in the White House in Washington, we have the real prospect of American global leadership in tackling climate change.”

The Biden-Harris administration also brings a shift in political representation with the first female Vice President who identifies as both Black and South Asian to take office. Seeing Harris and Biden take their oaths definitely made me emotional. I don’t know if it was the history that was being made or the end of Trump’s unpredictable power trip, but the entire inauguration felt like it belonged to us all. It was rooted in empathy, decency and the return to leadership that allows us all to finally breathe. You could feel it reverberating around social media and even in our household.

Harris’s achievement transcends nations. She didn’t just make history for young people in the U.S.; she has exemplified to everyone what you can do if you put your mind to it.

The U.K. already has a number of ethnic minority members in Parliament but has yet to see its first ethnic minority Prime Minister. The Biden-Harris administration could invigorate that change as BAME (Black, Asian, and minority ethnic) communities have been targeted and affected disproportionately, especially during the pandemic.

The new administration has inherited a challenge both domestically and internationally. However, it’s important for the U.K. to work in collaboration with the U.S., rather than in competition, to save lives and return to some kind of normalcy. With the Biden-Harris administration bringing fresh hope and optimism, a diverse Cabinet and a pledge to unify all, Brits will be looking for that same leadership closer to home, which may just spell the beginning of the end for Johnson and his government.