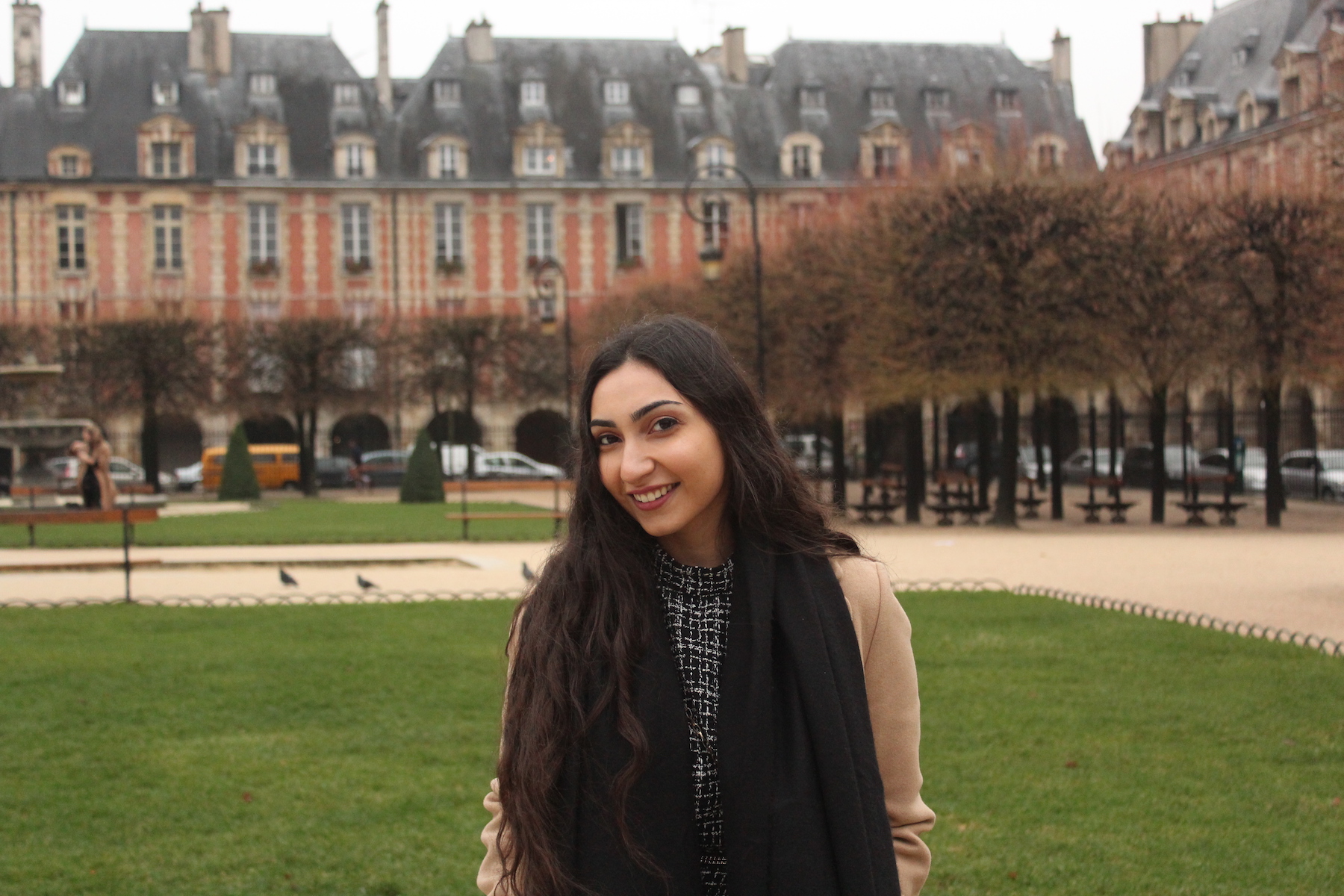 Having been raised in a Gursikh household, I have always been acutely aware of my Sikh identity. I recognized it when people would touch my hair without my consent because it was unusually long. I knew it when my brother would be mistaken for a girl during our swim lessons because having long hair was supposed to be only for women. And I felt it when I was told to shave by my camp counselor the summer before I started third grade because having body hair was gross.

I’m not sure I can say the same about my “woman-ness.” I never acknowledged its role in my life because I didn’t think it set me apart. It was normal to be a girl, right? After all, we make up around 50 percent of the world’s population, right?

I maintained this mindset until the 2016 election. Be it my privilege or sheer naivete, it wasn’t until I saw a woman on the debate stage — with qualifications more than ten-fold compared to her opponent — getting berated for her cold demeanor and boring pantsuits that I realized the weight of being a woman. That was when it all came crashing down.

The night of the 2016 election I cried. A lot. Hillary Clinton lost the election, America wasn’t going to see its first female president and I — call me selfish or self-involved — took it incredibly personally. Every single day of my life, my father — an immigrant from India and a proud business owner himself — told me I could be whatever I wanted to be. Little did he know that, sure, while a girl can dream, that’s all she can do in America. That this was the land of the free and home of the brave only if I had more testosterone in my body than estrogen.

But I think that, in part, my dad turned a blind eye to this gender divide. Where my brother was encouraged by family members to find a girlfriend, I wasn’t allowed to date all through college; where my brother could stay out past midnight with his friends, I had to be home before dark; and where my brother could wear shorts to the gurdwara, I had to make sure I wore full-length pants and shirts with sleeves that covered my shoulders. There’s no denying that the same threads of sexism that run through American society are very much present in Sikh/Punjabi culture as well. But there exists a much larger problem: more often than not, our parents fail to recognize the inherent biases that run rampant in this country. After all, they dropped their entire lives somewhere across the world in hopes of creating a better life here. How could they accept a reality any less than perfect?

Being the child of two Sikh immigrants, I have inherited my parents’ mindset. In a very real way, I — along with so many first-generation Americans — struggle with the onus of a self-imposed responsibility to make our parents’ dreams a reality. But I often struggle with how to walk the tightrope that is the nexus of this first-generation mindset and being a woman in America, especially as we fail to recognize the gender disparities that often make these very dreams more difficult to achieve. For me, this dilemma has once again manifested as we attempt to navigate our presidential options this election season.

On Aug. 19, 2020, Senator Kamala Harris accepted the vice-presidential nomination at the Democratic convention as the first woman of color to ever do so. As a Punjabi woman watching another woman of color get nominated for vice president on a major presidential ticket, I felt like a million glass ceilings were shattering at once. On the other hand, as a Sikh, I also knew that she carried the weight of her history as the California Attorney General.

A mixed bag, Harris’ caseload includes one involving Trilochan Oberoi, a Sikh prison guard who applied for a religious accommodation regarding the length of his beard. While it is clear that Oberoi was ultimately unable to serve as a prison guard, it is worth noting that Harris inherited this case from her predecessor, Jerry Brown. Harris herself did not implement this policy; instead, it was implemented in 2004, well before she was the California Attorney General. Harris did not even go as far as to defend the policy; instead, it was defended by Brown. Most importantly, Harris did not speak to the morality of the policy either; instead, she acknowledged that such a policy prevented Oberoi from making a living as a prison guard and saw to it that he received a six-figure settlement and a different job.

Harris’ remaining history lies in a similarly grey area and, in some cases, is blatantly contradictory: while she launched a prison diversion program as Attorney General and was one of the first district attorneys to implement a racial bias training program for police officers, she also forwent opportunities as a prosecutor to investigate police shootings and release incarcerated individuals even after they were proven innocent.

Ultimately, even as Harris’ time in the Senate has unquestionably demonstrated a move towards a more progressive criminal justice reform agenda — one that also actively works in parallel with a plan to curb hate crimes and prevent workplace-based discrimination — this election has surfaced a critical question: which part of my identity, the woman or the Sikh, take precedence this election?

While my individual opinion may carry little weight, what I can say is that in this election, being a Sikh and being a woman are not mutually exclusive. In looking at the facts, it is clear that the Biden-Harris ticket is one of the most progressive we have seen in the history of our nation, especially as it relates to providing universal healthcare, small business stimulation, affordable education, religious freedom for all religions (not just the sitting president’s) and a more sustainable nation.

More importantly, however, voting for Biden-Harris — and doing so with complete and utter conviction — does not mean that I believe their platform, or either of the two candidates on the ticket, is perfect. What it instead means is that I acknowledge that Sen. Harris is a political figure with decades of experience as a public official under her belt and that her history — like those of most long-term officials — comes with some great decisions and some wrong ones. It means that I acknowledge that she is now running on a platform that is committed to ensuring reasonable religious accommodations in our armed forces, demonstrating meaningful growth from her previous position as Attorney General of California. It means that, while I do not in any way excuse her problematic history with the prison industrial complex, I realize that her past is more often used as an excuse to overlook her as a candidate compared to her male opponents. It means that while I do not agree with her decisions, I understand the balancing act required of a woman of color holding public office in the ’90s. It means that while I will vote for her to be the next Vice President of the United States, I will just as passionately hold her accountable when she steps into office.

I have chosen Kamala Harris because there is, quite literally, no other option for us. Donald Trump and Mike Pence stand for everything I inherently cannot. To support them is to contradict my own existence, that of our parents who have sacrificed everything for us, and future generations to whom we will ultimately leave this planet.

Ikaasa is the Associate Director for Sikh Americans for Biden. She recently graduated from UCLA as a Computational & Systems Biology major. Faced with one of the most important elections of our lifetime, Ikaasa opted to pursue a gap year prior to medical school to mobilize the Sikh American community, fight for legislation that would support the rights of all people, and push for a better and more united future.