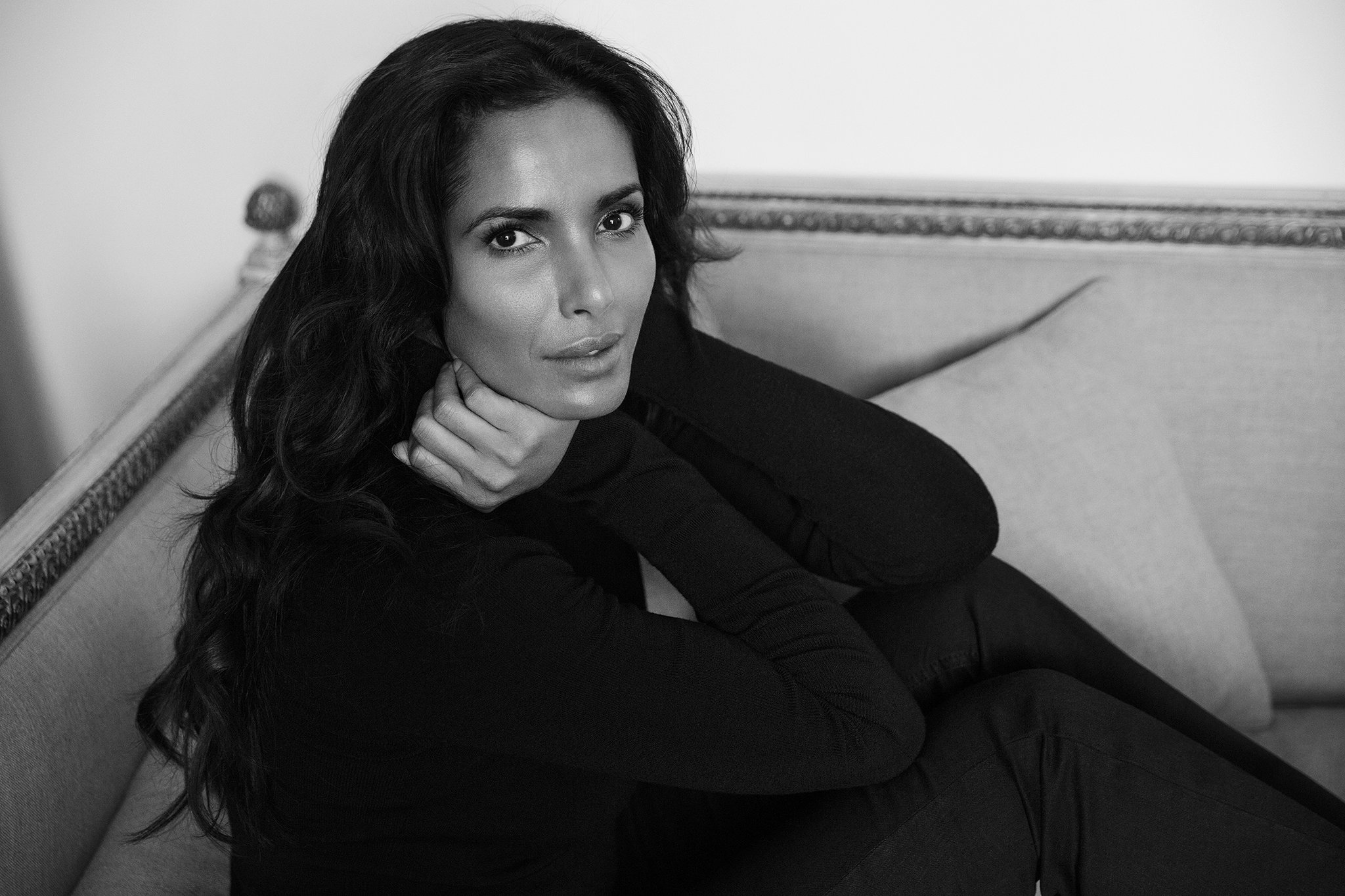 As I read Padma Lakshmi’s op-ed in The New York Times, on being raped when she was 16, the cells in my body began to tingle, feeling somehow more alive. I read, feeling a connection deeper than I’ve felt to any other author, as a Bangladeshi woman raised in Thailand, as a survivor of sexual assault, and as someone who too was hushed by her family when she tried to report her truth.

I was 11, on a family trip to Bangladesh to visit my grandparents, when a cousin 20 years my senior tried to molest me. I was able to get away, thanks to my instincts alerting me of incoming danger, and because other relatives had warned me of the things he had done to them.

When I reported the story to my father, he replied,

“Boys will be boys. It happens, especially between cousins.”

The next predator arrived when I was 18. I reported the incident, this time to both my mother and father. I was met with averted eyes. I immigrated to the United States at 18. At 23, I was raped by a colleague, an actor whom I had worked with and trusted, and at 24, I was sexually assaulted by a wealthy celebrity employer. He was protected by status and fame. I was a lowly struggling actress in New York City, commonplace, easily forgotten, quickly silenced.

Although I shared the first two stories with my parents, I kept the rape and the assault hidden from them. I was honoring the pattern I had inherited. I had learned to conflate silence with love, believing that even if you love someone, or because you love someone, you keep certain things quiet.

However, silence comes at a deadly cost, and shamed and buried stories will invariably manifest in painful ways. My silenced voice led to anorexia and a perilous attraction to cruel partners, the climax being an abusive marriage. The world had behaved unkindly with me, and through it all, eyes were averted. Thus I had grown to believe I was insignificant and deserved to be treated as such, by myself and others. Furthermore, living with a muted soul meant I was unable to forge authentic connection and conversation with others, including the people I loved most, my family.

It was toward the end of the abusive marriage that I began speaking. More precisely, speaking led to its end. After a lifetime of demurring to the needs and whims of others, particularly men, I learned the mighty power of the word “No.”

In 2013, after my divorce, at age 30, I wrote a memoir. Although I had spent decades searching, I had never come across a memoir written by a South Asian woman, that reflected my life experiences, and I yearned for such a book. A book that would feel like coming home. A book that would be a balm for every wound, a friend for my every flaw, a comfort amidst life’s brutality. My longing had grown so deep, I needed to create that book. I chose a title that felt fitting: “I Am Yours.”

At the beginning of the writing process, I flooded with fear, thinking, Am I allowed to voice these stories? I realized, though, that ultimately, the sole permission I need is mine, and the blessing I need most is that of my integrity. As I put words to my life narrative, I began to recognize the grit I developed to overcome adversities. Remarkably, for the first time in my life, I felt an appreciation for myself. The kind of love that cannot be acquired through others, that can only be gained through self-awareness and growth. It is what “coming home” truly is: solidity in oneself.

Writing a memoir requires that you investigate your life from all angles, through the eyes of each character. As the pages evolved, I realized my beloved parents hadn’t meant to silence me, and they certainly never wished for me to feel insignificant – they had merely behaved as they had been taught by Bangladeshi culture. They averted their eyes and we never spoke about painful experiences for such is the norm in South Asian families. If anything, they believed they were protecting me by hushing painful situations. They were honoring and performing the kind of love they had been taught to demonstrate.

[Read Related: Minorities and #MeToo: Including Women of Color in the Conversation]

They were also adhering to our common misunderstanding of shame when it comes to misogyny, sexual assault, predators, and survivors. They were likely trying to shield me from the shame society projects upon survivors of trauma, to keep me “pure,” “undamaged,” and “marriageable” in the eyes of others.

A monumental shift in my and my family’s healing and growth was learning what shame truly is, and to whom it rightly belongs. Shame is a social construct devised by the very systems that profit of a certain group’s lack of privilege, and the superior privilege of a group in power. This architecture can be used to create intimidation and dominance between survivors and perpetrators, women and men, people of color and white people, LGBTQ+ and heterosexual people, disabled and non-disabled people, and more. Shame is identical to an electric collar placed around an animal’s neck to ensure it doesn’t step over human-designed lines, from raising its voice, from questioning, “Why are you ‘superior,’ alleged ‘master?’ Why are you automatically in charge, leader of the pack?”

Furthermore, the strategic architecture of shame ensures that in the event a person does muscle the courage to speak, shame will singe their throat, to punish and minimize their chances of speaking again.

Thus, after 30 years of feeling ashamed for wounds I did not inflict and crimes I did not commit, I realized shame is a collar I was coerced to carry and is a trapping I will now forever reject. The sole shame falls upon those who wound and commit crimes. Shame belongs to the society that allows certain groups to be exploited, while other groups grow rich off the baubles of that exploitation. Shame belongs to the society complacent and complicit in violence against women, a society that thrives on women’s obedient smallness and silence.

Once we were able to deconstruct shame, my parents and I gained a new depth of love and communication. After decades of tiptoeing around life’s shadows, fearing vulnerability and focusing purely on lighthearted conversations, we are now able to speak comfortably about vulnerable experiences and memories, and complex topics ranging social justice, parenting, politics, relationships, money, feminism, and more.

At the beginning of my writing career, I realized quickly that while it may feel daunting to write about intimate partner abuse, sexual violence, or anorexia as a woman living in the United States, it is all the more daunting, rare, and downright dangerous to do so as a Bangladeshi woman. I kept and I keep writing for this vital reason. The more ardently that society tries to mute certain stories and marginalize certain voices, such is my precise indication and incentive to speak, persistently, adamantly, unflinching. Change cannot occur by waiting for someone else to model it. History requires the first voice, so that the second, and third, and fourteenth, and twenty-fourth can follow, until we achieve the greater goal of having lost count. We move away from numbers, and we become instead a movement.

You can imagine my thrill when in 2016 through the present, women’s voices began rising and are continuing to rise with fervor. One by one, sister by sister by sister, from marches to #MeToo, #TimesUp, and #WhyIDidntReport, in relationships, family, and the workplace, women are harnessing the power of their voices. Silence and shame play pivotal roles in sustaining the culture of oppression and violence toward girls and women. When our stories of harassment, assault, or abuse are hushed or ignored, perpetrators remain free to continue their wrongdoing with impunity. Thus, it is crucial that those who can, speak.

Amidst the rising voices, South Asian women have been cautious to come forth with their stories, largely due to our longstanding misunderstanding and relationship with shame. Which is why I will never cease to use my voice, and the reason Padma’s words mark a historic event. The enormity of her words, nationally, globally, and for our South Asian community, epitomizes true leadership. In spite of the profound emotional labor and toll required to revisit the past, she speaks to remind us that shame does not belong to the wounded, but to those who wound. She proves that while there are numerous reasons a survivor may refrain from reporting a crime, “it didn’t actually happen” is not one of them. She asserts that all survivors deserve justice, dignity, and respect, and now more than ever, society and its leaders must learn to heed our voices.

Reema Zaman is an award-winning writer, speaker, and actress, and the author of the memoir I Am Yours, available wherever books are sold (order here).

Reema Zaman is an award-winning writer, speaker, and actress, and the author of the memoir, "I Am Yours," available wherever books are sold. Born in Bangladesh and raised in Thailand, she is the Oregon Literary Arts Writer of Color Fellow 2018. Her work has been featured in The New York Times, The Guardian, the Dear Sugars podcast, Shape, and elsewhere. Follow her on Instagram and Twitter to learn of her latest articles, inspiring posts, and live events in a city near you.